He was born on August 14 in the village of Lavriv (then the territory of Poland, now Lviv region).


In 1942, after learning from the newspapers about the establishment of the State Art and Industrial School with Ukrainian as the language of instruction, he went to Lviv and began studying at the graphic department of the new institution. Among the teachers were artists M. Butovych, V. Balias, A. Maliutsa, M. Kozyk, brothers Y. And O. Lishchynskyi, M. Fediuk. After a year and a half, due to the approach of the front, the school ceased its activities in Lviv, and Zvirynskyi continued his studies at the Department of Painting of the Free Academy of Arts (1943–1944), and later at the State School of Arts and Crafts (1945–1946), where he met R. Selskyi.


He graduated from the Lviv State Institute of Applied and Decorative Arts with a forced one-year break in 1949–1950 “for manifestations of bourgeois nationalism and the spread of formalist tendencies in art.” 1 The head of the diploma project was J. Bokshai.

In 1948, as a first-year student, he organized his first solo exhibition.

During his studies he became close to the Selskyi family and maintained friendly relations with them all his life. It was from R. Selskyi that Zvirynskyi received his first professional corrections in painting and basic theoretical knowledge about the art form.


After graduating from the Institute, he is actively engaged in self-education in line with avant-garde art practices. “Then I suddenly realized that I hadn’t actually learned anything at the institute. And I began those formal searches. First — very colorful appliques. Then I switched from color to tone, narrowed the palette a lot…” 2

In 1953–1959, he taught painting at the Department of Art Painting of the Lviv State Art and Industrial School. Since 1959 he had been a lecturer at the Lviv State Institute of Applied and Decorative Arts.


At this time he is in search of new means of expression. In the cycles “Verticals” and “Reliefs” (1957–1960) he realized the unique idea of “tactile abstraction;” in the series “Epitaphs” (1960–1965), through the original semiotic forms, he reproduces the categories of human memory. Through his early cycles, one could trace the development of the artist’s spiritual world. This brings his work closer to the leading artistic phenomena of high modernism in Western Europe.

Sacred art plays an important role in Zvirynskyi’s work. From 1953 to the 1990s he creates church polychromies, iconostases and individual images, reviving the traditions of ancient Byzantine iconography: polychromies in the church of St. Nicholas in Lviv and the village church in Lanivka (1984–1986), about 30 icons in the Church of the Assumption of the Blessed Virgin in Lviv, etc.

In 1982, a year before his retirement, Zvirynskyi was fired for ideological reasons from the Lviv State Institute of Applied and Decorative Arts. Six years later he returns to teaching at the invitation of Rector E. Mysko.


In 1992–1995 he runs the School of Icon Painting named after St. Luke at the Church of the Archangel Michael of the Studite Monastery. Since 1993 — Professor of Monumental Painting at the Lviv State Academy of Arts.

Until the early 1990s, the work of Karlo Zvirynskyi was not recognized by the official culture: only in 1992 he began to exhibit his works at exhibitions. In 1995, he demonstrated part of his work in Lviv (together with a friend, Polish artist A. Mentukh); within a year, the exhibition was also shown in Khmelnytskyi (1995) and Kyiv (1996).


In the last year of his life he founded the Department of Sacred Art at the Lviv State Academy of Arts.

He died on October 8 in Lviv. He was buried in field 8a of Holoskivsky cemetery, next to his son Andriy (1957–1991). The monument, erected on the Zvirynskyis' grave, was created by sculptor Roman Petruk. Karlo Zvirynskyi is one of the few artists in Ukraine whose work can be considered in the global context of high modernism. 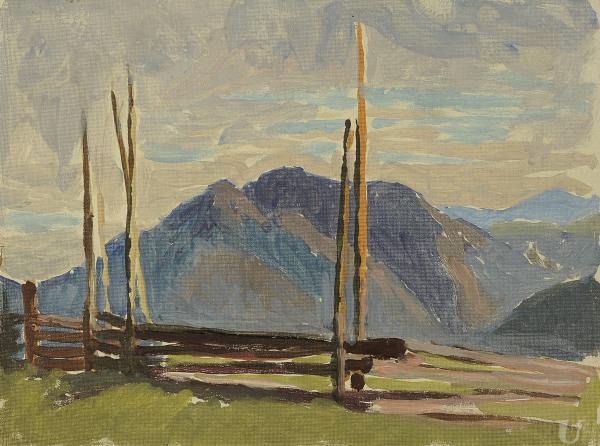 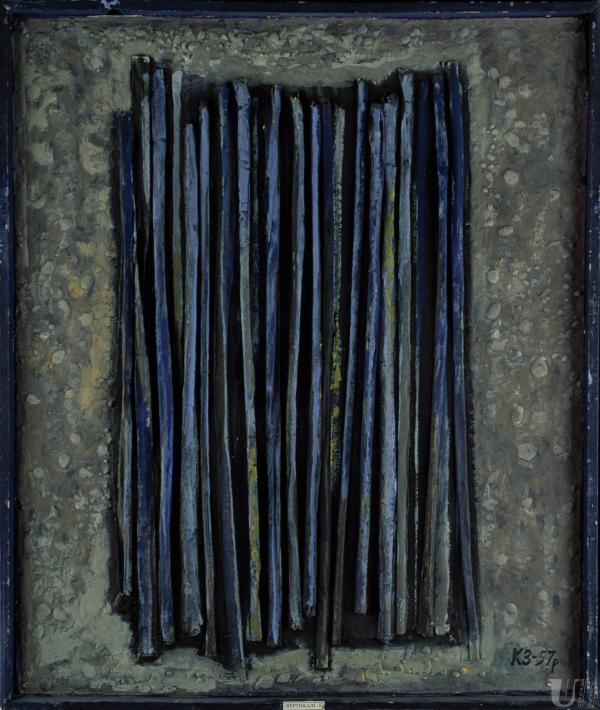 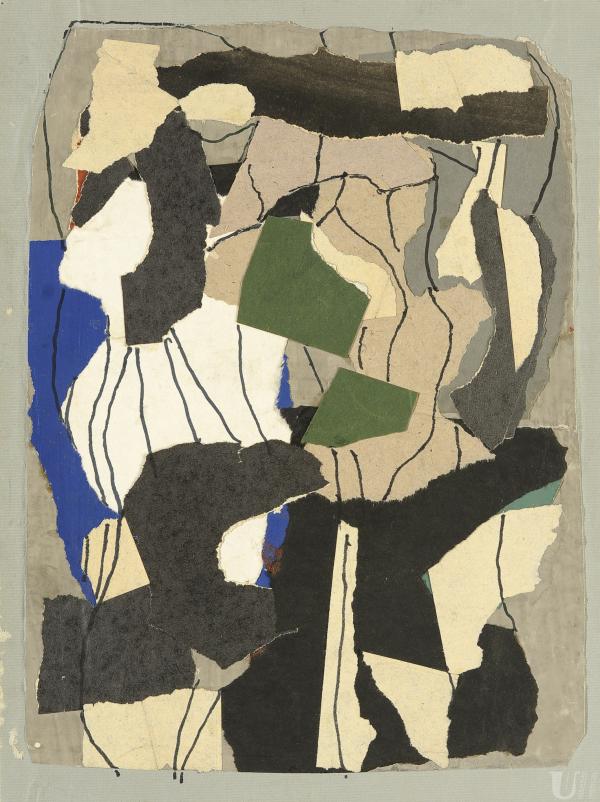 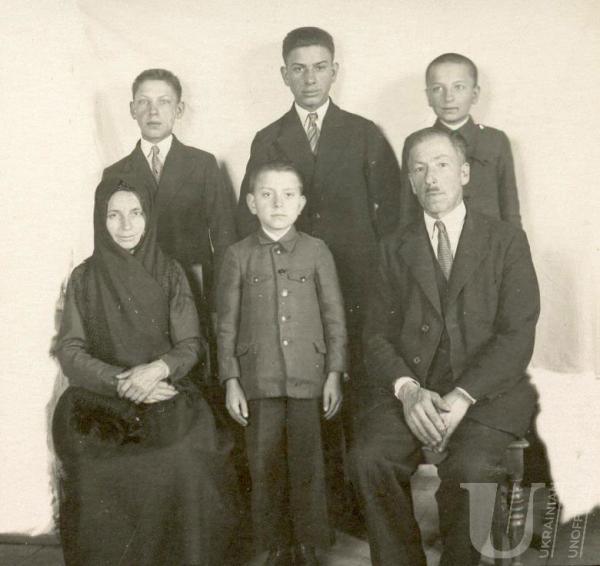 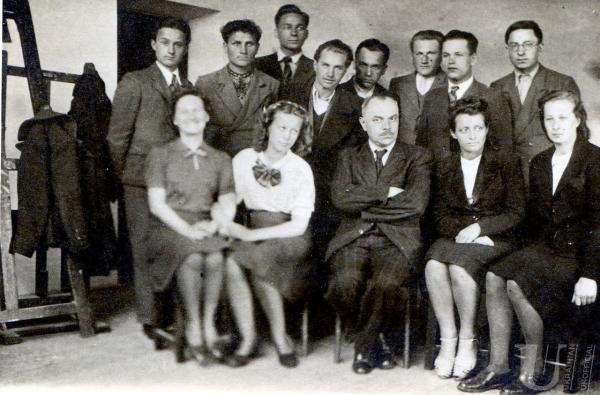 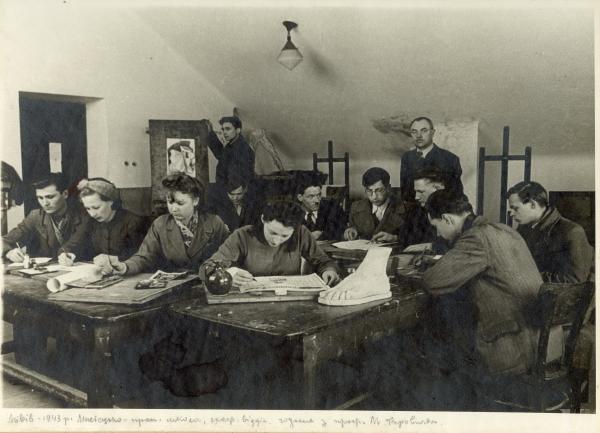 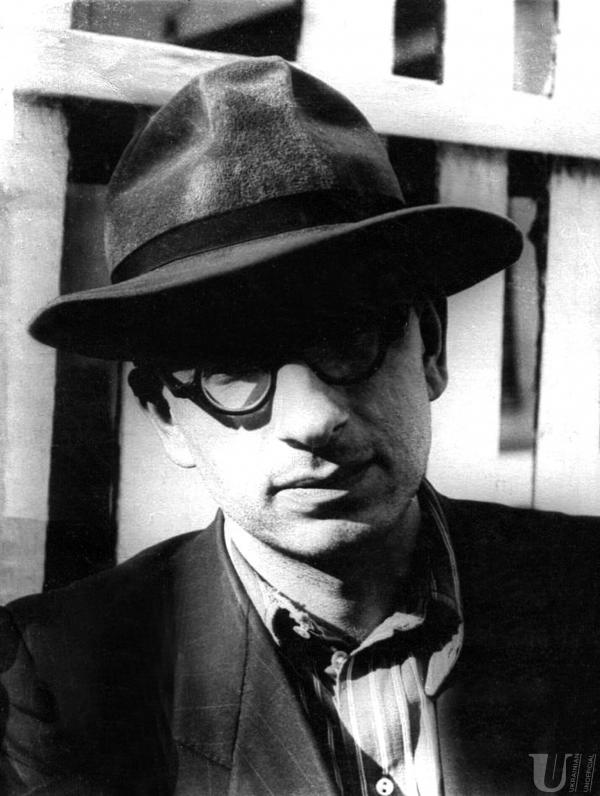