He was born on March 20 in Mykhailivka village, Kyiv region to a peasant family. His father was killed in the war never seeing his son, and his mother with a newborn survived the horrors of war in the village occupied by the enemy.

Mykola had a talent for painting since early childhood.


After graduating finishing a 7-year school, he enrolled in the Kyiv Art and Crafts School. He studies intermittently since Mykola has to get treatment for tuberculosis, which he contracted as a child. After graduation, he works as a decorator.


Meets Vudon Baklytskyi. Their communication soon develops into a friendship: together they paint etudes (“I had to work with him in the open air for 16 hours in the summer,” Baklytskyi would later recall), and subsequently founded the Art Association “New Bent” (temporarily joined by Volodymyr Borozenets). The group organizes informal exhibitions in the most unexpected and unsuitable places, such as the premises of an abandoned brick factory.


He begins visiting an art studio at the House of Culture of the Bolshevik Factory, which is managed by artist and sculptor Hryhorii Khusid. He works hard, planning to continue his art education, but leaves his intentions after failing to join the Kyiv Evening Faculty of the Ivan Fedorov Ukrainian Polygraphic Institute.

Works as a decorator at the Oleksandr Dovzhenko Film Studio (according to Vudon Baklytskyi, who worked there, most of them had to do the loaders’ job). The paints they received at the enterprise, which could not be purchased elsewhere, were sufficient for their own needs.


Most of Trehub’s preserved works date from the 1970s. The artist mainly worked with oil on fiberboard or cardboard, but often used other techniques (including collage). “…[His works] subjectively and intuitively, in their own way, created that "personal space" where the main thing was the freedom of expression, search and development of their own themes and images, their artistic language...” Of course, this art was strikingly different from what could be seen at official exhibitions of the time.


He receives the position of an artist at the Institute of Archeology of the Academy of Sciences of Ukraine, located on the territory of the Vydubychi Monastery (the image of which will subsequently take an important place in his works). He finds new friends among his colleagues who help him deepen his knowledge of the history and culture of Ukraine, share a passion for poetry, support his creative experiments.


Participates in the first exhibition of the Rukh movement, which takes place in the closed for repairs premises of the club Berizka on Chervonoarmiyska Street.


He exhibits his works at the second and last exhibition of the Rukh movement in the Teachers' House in Kyiv.

Prepares a personal "chamber" exhibition to be held in Yurii Smyrnyi’s apartment, however, due to the intervention of the KGB, it was dismantled before even before the opening.


He receives an apartment in a house on Petra Zaporozhtsia Street. He paints the walls of the apartment with ornamental and narrative compositions (Fedir Tetianych similarly painted his house in the village of Hintsi in Poltava region).

He organizes two personal exhibitions, which, according to Olena Holub, take place “under the guise of amateur art” : the first one is held in an art studio at the Bolshevik factory, which Trehub attended in the 1960s, and the second is held at the Institute of Archeology, where he worked. Both locations, however, were almost inaccessible to the wider artistic community.

Hardships lead to a deterioration of the artist's spiritual and mental state. At one critical moment, he tries to destroy his work. He spent some time in the Pavlov Psychiatric Hospital.


On March 23 in Kyiv, he commits suicide. 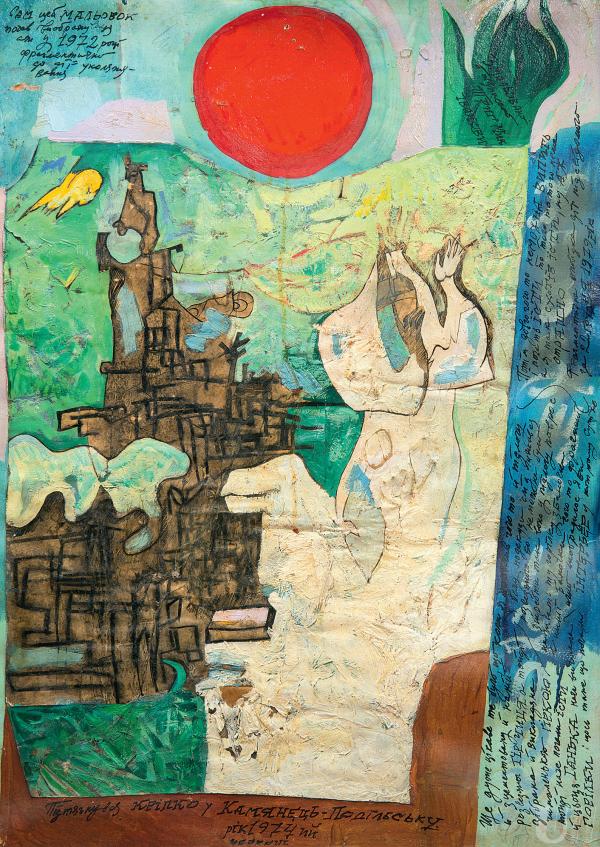 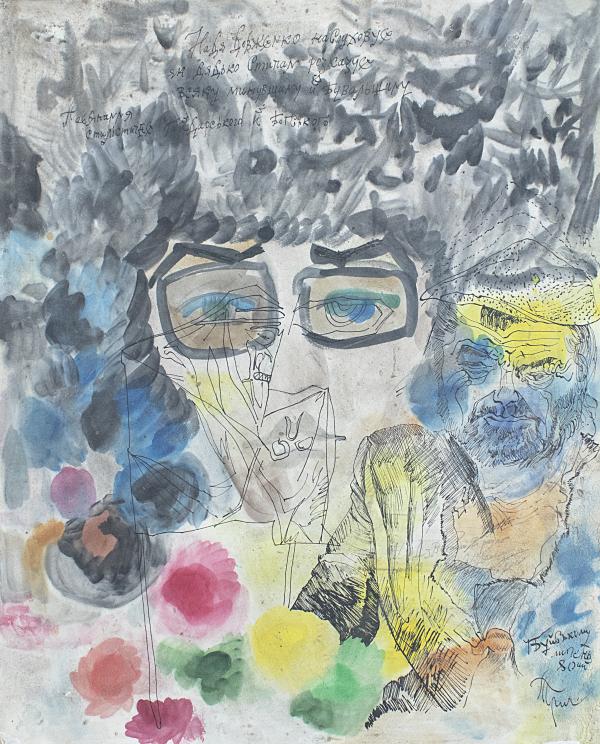 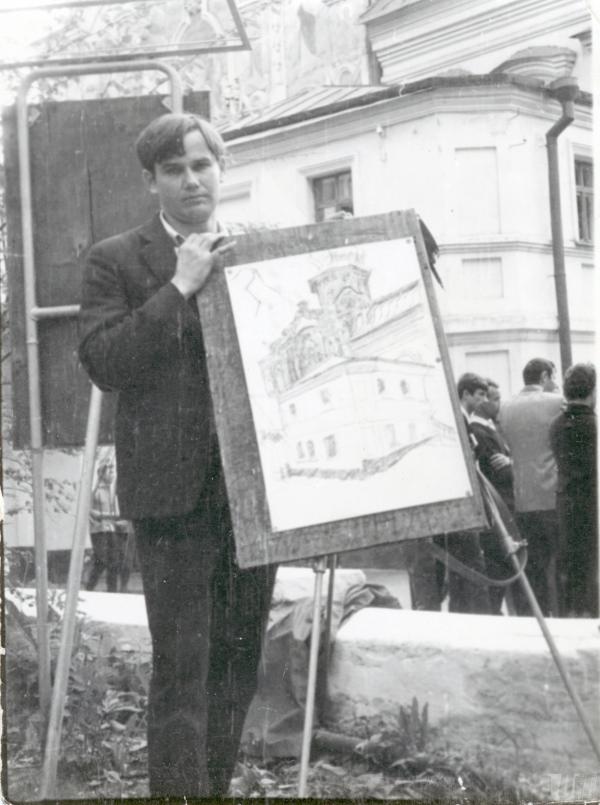 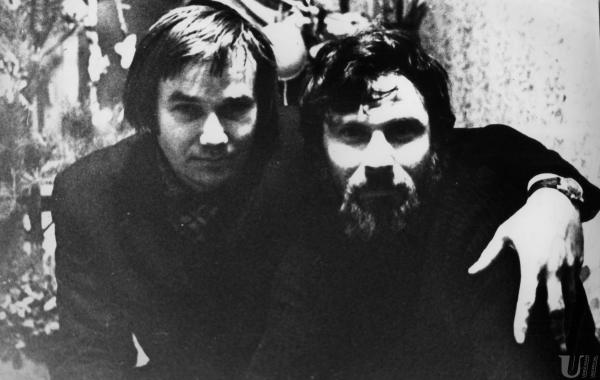 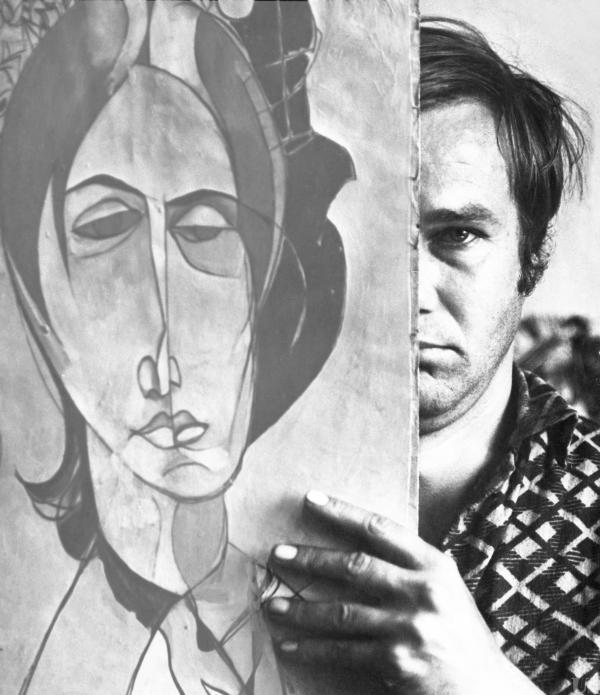 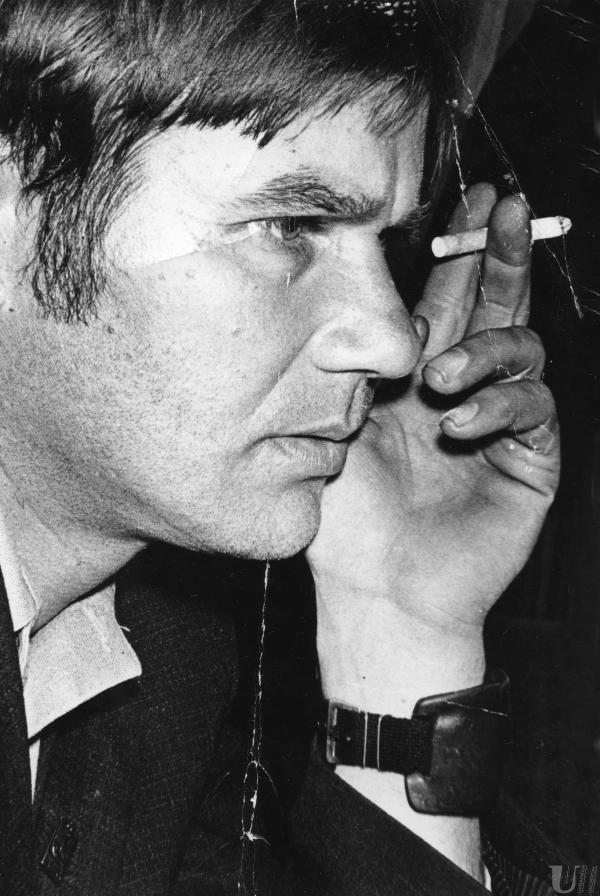