Family moves to Central Asia, to an outpost near the Afghan border


Family moves to Western Ukraine, settles down in Rivne, then in Nadvirna near Ivano-Frankivsk.


Family moves to Kyiv, resides first on Shovkovychna Street (opposite the so-called Chocolate House), and later on Engels Street (now Luteranska). Anatoliy, together with his brother Volodymyr, who is 4 years younger than him, continues his education in school number 147. Under the influence of the father of one of his friends, an architect, Anatoliy begins drawing.


Studies at the Kyiv National University of Building and Architecture at the Department of Architecture but drops out in March 1957, shortly before graduation.


Meets his future wife, Asta Pekker. His own family did not play an essential role in his choice of vocation and the rapid rise of the artist. It was in the bride's family where he found real understanding and support.


In spring, Anatoliy Summar and Asta Pekker marry. The young couple settles on Volodymyrska Street (house in the yard opposite the Opera Theatre). After arranging one of the rooms into a studio, Anatoliy starts painting a lot.


Creates his main series of works, about 50 paintings, which take an exceptional place in the history of contemporary Ukrainian art, not only because of their artistic value but also due to the circumstances of their creation: it is difficult to find another artist who made paintings of such quality in such a short time. Later, the artist explained his enthusiasm toward art: "There was a desire to challenge my strength, a desire to make sure that I can make another kind of art, not one that is officially recognized." The artist signs his works as A. Sumar. By taking out one letter "m" from his original last name, he sets a kind of boundary between a person and the creator who speaks from his name.


Works as an architect at the Research Institute of Experimental Design in the Academy of Engineering and Architecture of Ukraine.


A son Pavlo is born, named in honor of Sumar's favorite artist, Pablo Picasso. In the October Palace in Kyiv, Yevgeny Yevtushenko's poetry evening takes place, during which the poet calls Anatoliy Sumar one of those artists whose works impressed him the most. Here's how the poet Naum Sagalovsky describes the event: "Shortly before the speech, Yevtushenko had returned from Cuba, told so much about the magnificent Barbudos led by Fidel Castro, read poetry about Cuba, and he had such a Komsomol look in general. He read his poetry, loved by everyone, and everything was energetic and peaceful. Then, unexpectedly, in the middle of reading poetry, Yevgeny said that he visited many countries, was familiar with prominent artists, visited the museums... but the best artist in the world, in his opinion, lived in Kyiv. The room, of course, froze. "Yes," said Yevtushenko, "his name is Anatoliy Sumar." The witness completes the memoirs with a summary: "So, somebody brought Yevtushenko to Sumar, the poet was fascinated with his works and gave the artist the title of the best in the world. For Sumar, who did not even attend Yevtushenko's evening, such glory was pointless." Soon after, Viktor Nekrasov introduced the artist to the "progressive Italian artist, social activist and communist" (in the words of Anatoliy Sumar) Renato Guttuso, who visited Summars’ house. Of course, neither the unprecedented statement of Yevtushenko nor the visit of Guttuso stayed unnoticed by the government, preparing the ground for further development of events.


Works in Teploelectroproekt as a senior architect.


Takes an active part in the Republican review of young architects' work in the Architect's House in Kyiv. The exhibition lasted for only two days, April 26 and 27, and could not qualify as a significant event in the cultural life of the city, but it was enough for the name of Sumar to be announced from the highest platform of the country. A discussion (Sumar was also unusually active here: in an article published by the magazine Construction and Architecture he was mentioned among the first speakers) was attended by an "observer" from the Central Committee of the ruling party, named Pilnik, who noticed the young architect, gathered additional information (color photographs of works, etc.) and added it to the so-called Sumar case.


On April 9, in a speech of the First Secretary of the Central Committee of the Communist Party of Ukraine Mykola Pidhornyi at a meeting of the activists from among the intelligentsia and ideological workers of the republic, Sumar's art is subjected to devastating criticism. Two days later, the newspaper Soviet Culture publishes a shortened transcript of the report. It is worthwhile to quote the full fragment dedicated to Sumar as it gives a unique opportunity to feel the style and methods of war against formalism in the Ukrainian art of the early 1960s: "One can not tolerate the fact that certain workers of the ideological front treat bearers of hostile ideology liberally. So, some Summar took part in the circle of young architects of the Union of Architects of Ukraine, and for a long time, he insolently popularized formalism and imitated abstractionists himself. "Good people" arranged for him to become an architect at the Academy of Civil Engineering and Architecture of Ukraine! (Laughter in the audience) Here, Summar "broke bad". Last year, he participated in a Republican review of the creativity of young architects, where he presented three paintings — pure abstract art. However, the members of the jury, and among them the deputy chairman of the Board of the Union of Architects of Ukraine, Comrade Mezentsev, not only refrained from condemning formalist art but decided to award Summar with a diploma and send pictures to the Main Soviet Union Review. (The audience livened up). Writer V. Nekrasov participated in this as well. All this, comrades, is not some childish innocent jokes and tricks. If we do not pay attention to such facts and do not undertake the necessary measures in time, they can cause significant harm to the development of Soviet literature and art." A "pilgrimage" of artists, writers, and other creators to Sumar's house began. They sought to look at the works of a previously unknown author; among other visitors, there was Tetyana Yablonska.


A daughter Anna was born. The family moves to a new home on Frunze Street, opposite the Kurenivskyi Park. The artist stops painting. Boris Lobanovskyi proposes his original explanation for this decision: "It [an architectural ensemble of the part of the city where Sumar lived and painted before moving] inspired, created a unique environment in which the artist and his abstract and semi-abstract works lived organically. It all ended when the master with his "Margarita" and his family settled in a small apartment, like, on the fifth floor, on a standard highway along the former Babi Yar. The conditions were gone, the mystery evaporated, and the creative drive did not disappear, but somehow, it decreased. Mysterious, somewhat gloomy paintings of Sumar, somehow, did not suit the new, bourgeois-clean interior deprived of individuality. The artist continued to work in design, made extraordinary toys, original and extraordinarily shaped, but the mysterious spirit was no longer able to find a place between the drywalls of the new home." It is worth pointing out artist's answer to the question he was being pestered with in recent years: "I got a family, whose needs became larger in comparison with what I earned. The second reason — the main idea that I had — I wanted to know what the art of the twentieth century was, and how it differs from the XIX century art, for example. And when I realized that I solved the issue, my minimum task was done. Besides, I tried to do interesting things that proved to be impossible for me." Despite the complete absence of pathos felt in Lobanovsky's article, the author's version seems more probable.


Creates a series of experimental works under the placeholder name Color and Music, full of formal and aesthetic logic which, in particular, brings it closer to the problems of abstract art.


Works in the Central Design and Technology Bureau of Toys.


Does not have a permanent place of work. Works only on commissions, designs books (sometimes creates his own), mostly for the publishing houses Veselka and Soviet writer.


Receives an invitation from the organizers of the exhibition Ukrainian Small Arts-1960-1980's Three Generations of Ukrainian Painting which takes place in Kyiv and Odense (Denmark). The work of Sumar The window with cacti actually becomes the headliner of the exhibition, printed on the cover of the catalog and the poster, and causing the "discovery" of the artist's work. Sumar participates in other exhibition projects.


Returns to painting, mostly recreating works that have been damaged or lost during previous decades. Arranges a workshop on Kopylianska Street. Exhibitions on which the works of the artist appeared: The Sixty from the '60s, Traditions of Malevich (both in 1993) and Non-figurative painting (1950-90) (1998).


The first personal exhibition in the Alipiy Gallery in Kyiv.


Makes a series of portraits which remained incomplete because of the artist's illness. 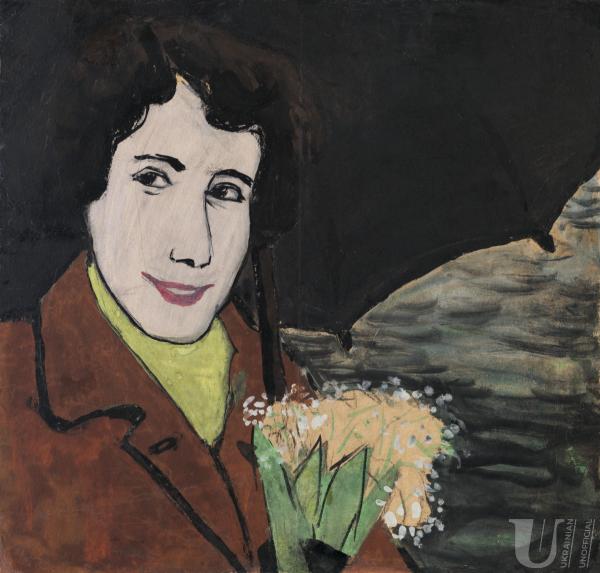 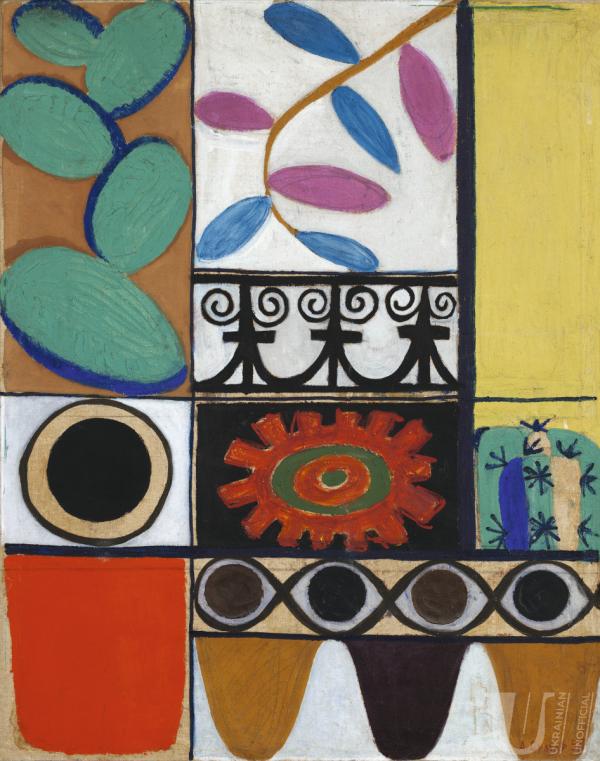 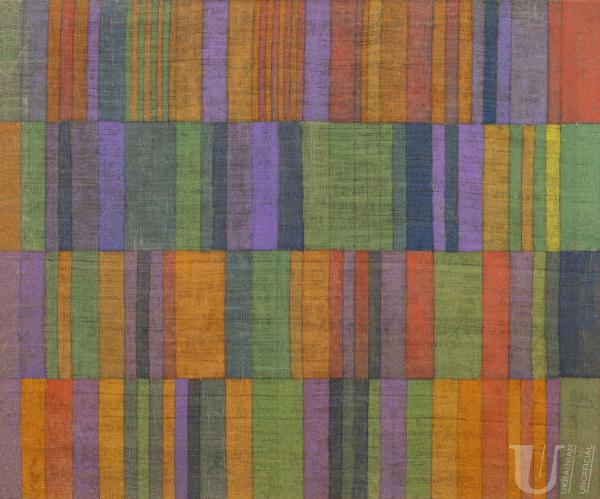 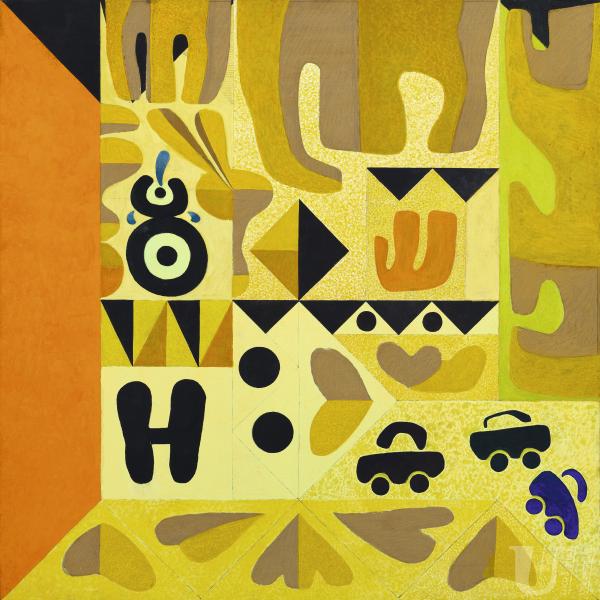 ARTWORKS OF THE LATE PERIOD 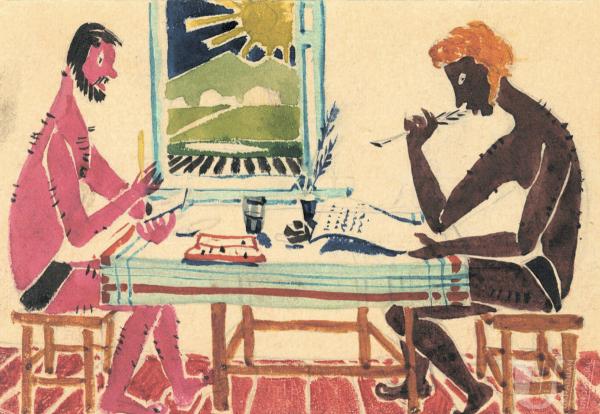 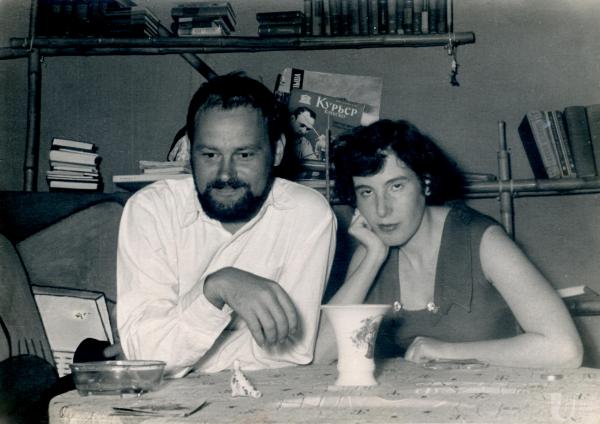 The Sumar spouses in their home on 51, Volodymyrska Str. Circa 1959 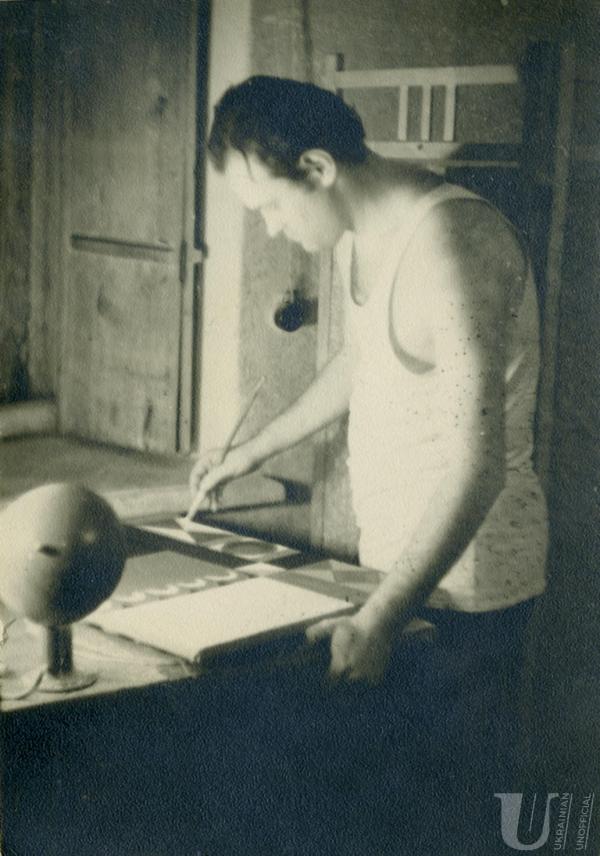 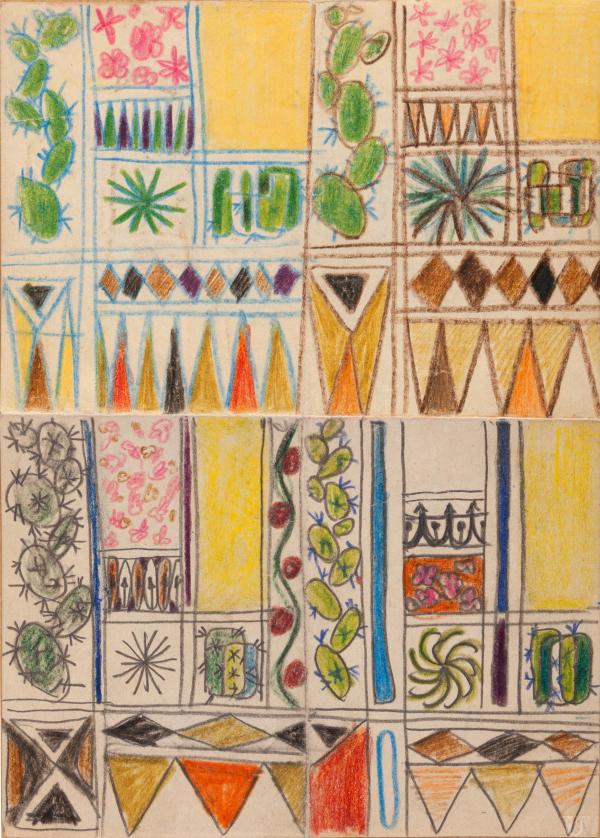 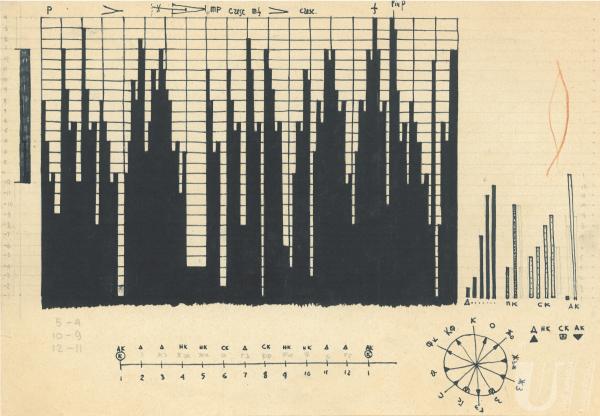 Work plan for the artwork of the series Color and Music. Middle of 1960s