Halyna Sevruk was born on May 18 in Samarkand, Uzbekistan. Her father, Sylvestr Sevruk, came from a family of Polish immigrants, mother Iryna Hryhorovych-Barska descended from the well-known Barskyi family, to whom one of the founders of the Ukrainian Baroque architectural school, Ivan Hryhorovych-Barskyi belonged.


The Sevruk family moves to Kharkiv in 1930, where they stay until the beginning of the war. After hard years of the occupation, together with her parents and sister, Halyna settled in Kyiv in 1944.


Takes painting classes from the famous artist Hryhorii Svitlytskyi. Later Halyna remembered her first studio with “great warmth, gratitude, and joy. It was an entry into the world of art, beauty, and spirituality. The bright aura of this lovely and sophisticated artist fascinated me, affirmed me and made the decision to become a true artist unwavering”1.


Studies at the Kyiv Shevchenko Art School. After graduating attends classes in the studio led by Yurii Kyianchenko, preparing for the admission company to the Art Institute.


Studies at the Kyiv State Art Institute. Learning in the studio of Viktor Puzyrkov could not give Halyna what she was aspiring for in art. Halyna’s strongest impressions from the times of studying are linked to the plein-air painting lessons of the Kaniv landscape during the students’ annual summer internship.


In early life the artist finds her civic and artistic stand. Later she wrote: “My eyes suddenly opened: how can you be an artist in Ukraine without knowing Ukrainian language, literature, history, art? I knew that these disciplines were given neither in schools nor in universities. It was easier to take old positions, but thus far I could not and didn’t want to. I was already running ahead, stumbling and falling almost every step on the way”2. Sevruk finds frank backing for her stands in the Kyiv Club of Creative Youth “The Contemporary”, where the Ukrainian artistic intelligentsia rallied in the early 1960s.

Meets famous archeologist and historian Mykhailo Braichevskyi, whom she treats as her teacher and friend the whole life.


Participates in the exhibition of the mural painting in Kyiv, presenting her first mosaic “The Forest Song,” created in the workshop led by Stepan Kyrychenko.

She finds a job in the ceramic studio, which was open in the territory of the national sanctuary “Sophia of Kyiv” by the Academy of Architecture.


Halyna creates the mosaic “Lily”, which also gets exhibited.

In pursuit of the new means of artistic expression that would help to realize her monumental ideas, she approaches ceramics, which later bring her fame.

Together with Alla Horska, Opanas Zalyvakha, Liudmyla Semykina, and Halyna Zubchenko, she designs stained glass artwork “Shevchenko. Mother” for the Kyiv Shevchenko National Institute, which is demolished straight after the end of the installation works.


Meets with Ivan Marchuk, who has recently moved to Kyiv after graduating from the Lviv State Institute of Ornamental and Applied Arts. Together with him she starts working on the decoration of the clothes shop on Kalinina square (currently Independence Square). But in a short time, the committee of the Union of Artists bans almost finished work for an unknown cause.

She creates a series of illustrations for the poetry book by Federico Garcia Lorca, which later are published in magazines “Dnipro” and “Zmina”. The clarity of the images, provident graphic technique executed using solely ink and pen, she transports into other works, particularly illustrations of poetry books by Borys Oliynyk (1965), Dmytro Pavlychko (1967), Volodymyr Kolomiiets (1967), and others.


The mural painting of this period finally moves beyond the remnants of the academism, creating instead complex, very symbolical images, shaped in specific monumental and decorative, frequently evocative forms: “The Spirit of Ancestors” (1965), “One in the Universe” (1966), “Broken Wings”, “The Ghost”, “The Suffering”, “Lighteaters” (all 1967), “Shadows of Forgotten Ancestors” (1968).


She signs the so-called “letter of 139” directed against restalinization in the country. The artist says about the consequences that were not long in coming: “Due to this letter we, together with Alla Horska and Liuda Semykina were excluded from the Artists’ Union like criminals. All other artists, who were among signatories (there were 12 persons) confessed and avoided punishment. And only three women — stubborn, arrogant and defenseless — were punished. For 20 years, the doors of the Union were closed for us. The opportunity to exhibit works was also restricted”3.


In the paintings of the early 1970s, one can trace the searches for the new artistic manner, but the symbolism of the images remains unchanged. Most of them are dedicated to her like-minded persons: “Tribute to A. Horska. Trembits” (1971), “Snowdrop. Nadiia Svitlychna” (1972), “At the Cemetery” (1973).


Performs a number of monumental orders, for instance for Kyiv hotels: “Rus” (1980, ceramic panel destroyed in 2004), “Golden Colossus” (1982, composition “The Spring,” destroyed in 2007), “Tourist” (1980–1987) and for Chernihiv Hotel “Hradetskyi” (1981–1982). The artist applies the technique of composed ceramics, creating spectacular decorative artworks that are extremely suitable for the interiors of contemporary public buildings.


Leaves the ceramics workshop where she has worked for over twenty years. Subsequently, she finds a job at the cooperative “Potters” in Andriyivskyi Descent and the “Ceramic” plant.


The second solo exhibition is held in the Kyiv Museum of Podil.


The artist is reinstated in the Union of Artists of Ukraine.


Lives and works in Kyiv. 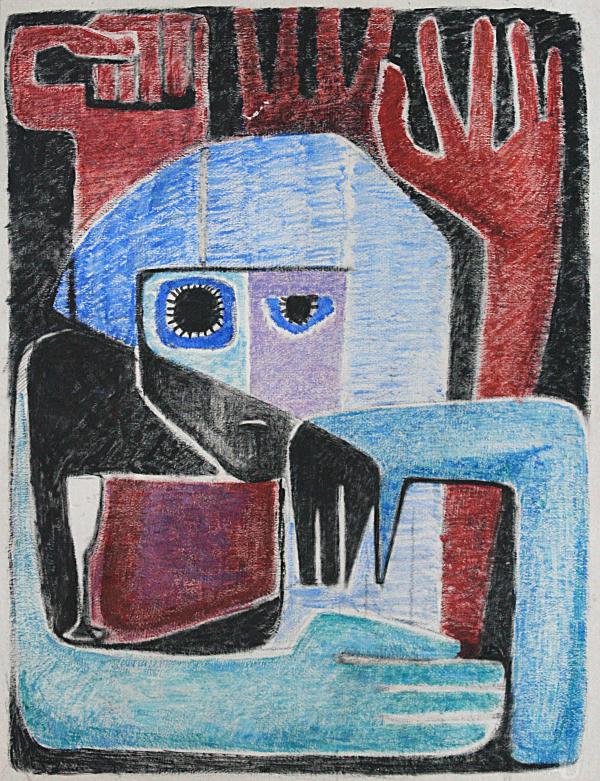 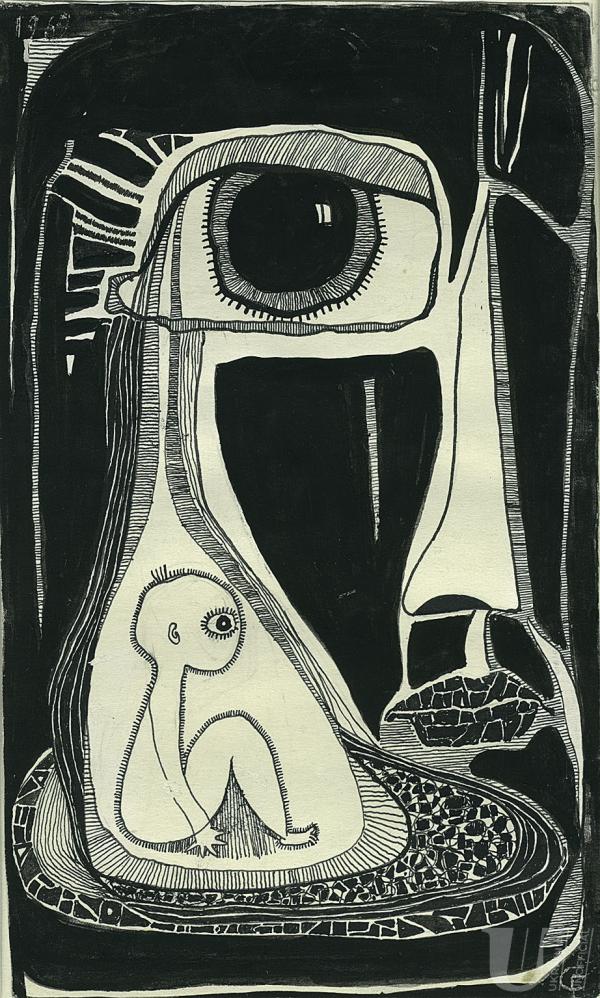 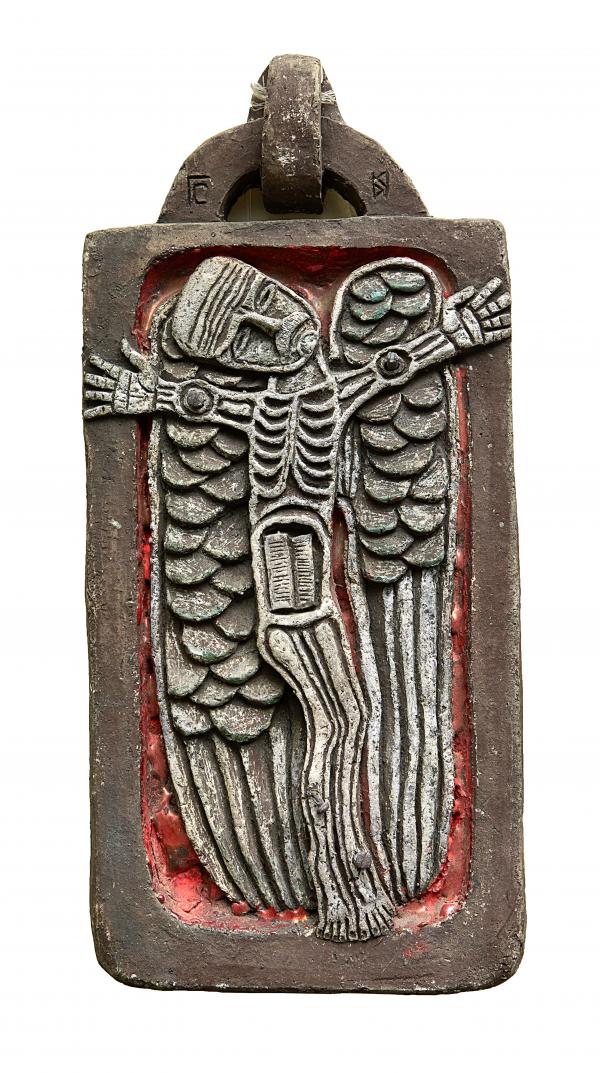 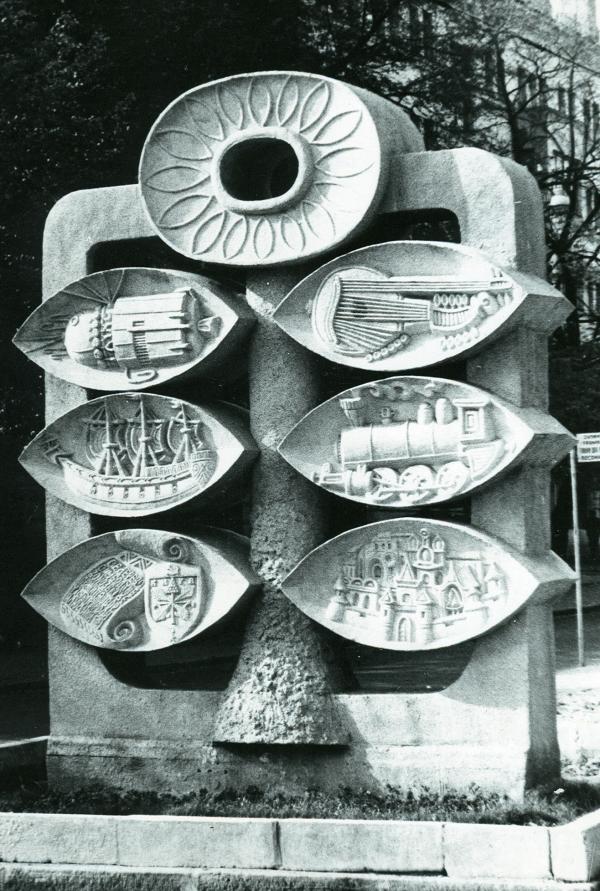 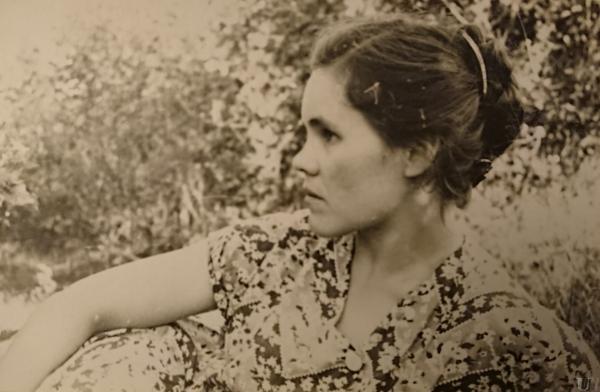 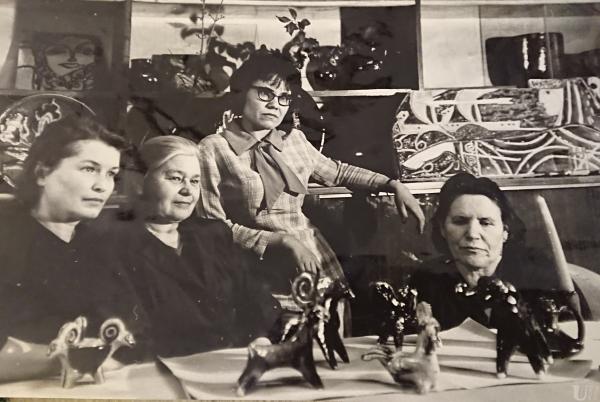 In the Laboratory for Architectural and Art Ceramics of the Kyiv Zonal Scientific and Research Institute for Experimental Projects. Halyna Sevruk second on the left. 1960s 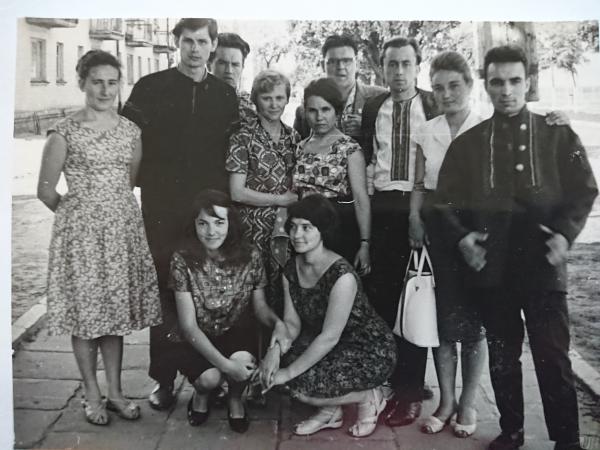 With friends. Standing in the center Liudmyla Semykyna and Halyna Sevruk. Lviv, 1962 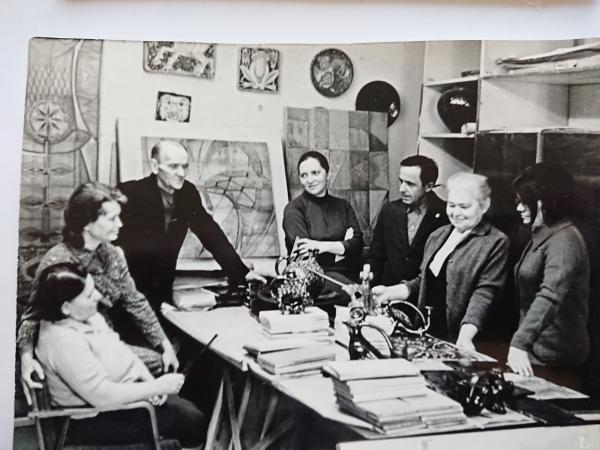 Artistic Council of the Laboratory for Architectural and Art Ceramics of the Kyiv Zonal Scientific and Research Institute for Experimental Projects. Halyna Sevruk on the right. 1960s