He was born on February 15 in Znamenivka village in Dnipropetrovsk region. The artist would later remember what he saw and lived through in his childhood years: “I was born and grew up among the steppes covered with burial mounds — tall graves, which already didn’t have any sculptures. Those were gathered in the Yavornytskyi museum. I painted, took photos, dreamt of them, and now I think that I had encountered them as something closest and most valuable to me. I was impressed by the holisticity of the sculptures of ancient steppe. Understanding, Mother, Father, Family, Community. Past, Future, Present, Earth, Life, Actions. All this is hidden in those ancient statues” . The artist’s childhood happened during the tough war and post-war period. He still remembers the hunger: his father had to share the bread between everyone, in small, matchbox-sized portions to survive.


Upon finishing school, he goes to Kaliningrad, where his brother Anton works at a local drama theater as an artist. Mykola gets his first artistic experience while helping his brother.


Studies at the Dnipropetrovsk State Art College. Later, he would tell: “…I painted many people and landscapes from life. I ended up in situations very similar to those of the impressionists, and I studies the French artists using reproductions in books” . The penchant for formal searches, which the artist already had then, often led to conflicts between the student and the teachers, and most importantly, it identified the “main character” of his diploma work — color.


Enters the Kyiv State Art Institute, however, drops studying there in a year and goes back to Dnipropetrovsk to his wife and newborn daughter.


Completes his studies at the Kyiv State Art Institute. During these years the civic and creative position of the artist was finally formed, largely due to the activity of the “Suchasnyk” Creative Club and the Ukrainian intelligentsia circles affiliated with it. Recalling those who had the greatest influence on him, Malyshko names Les Taniuk, Alla Horska, Opanas Zalyvakha, Valentyn Zadorozhnyi, Ivan Svitlychnyi, Ivan Drach, Mykola Vinhranovskyi, Lina Kostenko, Vasyl Stus among the first. With like-minded friends, including Petro Kot, Fedir Tetianych, Viktor Hryhorov, Borys Plaksiy, he organizes a self-education group, holds exhibitions and discussions in a room that he rents not far from the institute, while Mykola himself is chosen as the head of the newly created Scientific and Creative Student Society.


Receives an order to create reliefs for one of the public cafeterias on the territory of the Southern Machine-Building Plant in Dnipropetrovsk.


After graduating from the Institute, he works in Mariupol for a short time. The same year, he gets an apartment in Dnipropetrovsk, gets a job in an architectural and art workshop at the Dnipropetrovsk City Executive Committee, develops projects for parks (including the Chkalov Park). Creates monumental works in Pavlohrad, Ordzhonikidze (now Pokrov) and Dnipropetrovsk (now Dnipro) commissioned by the Artistic Production Works, subordinate to the Art Fund of the Ukrainian SSR. At the same time, he works on compositions for himself, which, according to the author, were "rather educational than artistic": he carves wood, works with metal, solving more and more creative tasks; he does not quit painting. An important event in Malyshko’s life was his acquaintance with the Boychukist artist Mariya Kotliarevska and talking with her compensated him to a large extent for his severe lack of artistic environment.


Moves to Fastiv with his family. Starts working at the Kyiv Combine of Monumental Decorative Art, creates several monumental works for it, among which is the high relief “Rose” in the yard of the hotel “Kyiv” in Kyiv.


Goes to Kryvyi Rih with Nina Denysova and the Hryhorovys family for the so-called underground plein-air. During the art trip, the artists descend into an iron ore mine, visit the construction of a blast furnace.


Creates the wooden relief “Straw Bull” for the Khmelnytskyi Oblast Library for Children.


Receives a plot of land in Maliutianka village near Brovary, where he soon begins building a house he made a project for himself.


Becomes a member of the Monumental-Decorative Section of the Artists’ Union of the Ukrainian SSR.


Works on the implementation of a large-scale monumental work — the design of the facade of the Mechanical and Mathematical Building of Kyiv State University. The author chooses a very laborious technique of stone carving, but despite the complexity of the task, as well as the controversial, sometimes even hostile reaction of officials and some artists, in 1982, the work was completed.


Supporting the initiative of his wife and a small group of like-minded villagers from Maliutianka, he personally reconstructs the fire-damaged house of Mykola Pymonenko in this village. Together with Oleksandr Fisun, Oleksandr Hashchuk and Petro Malyshko, he produces and installs a stone cross on the grave of artist Mykola Poliovyi, who tragically died during the creation of a monumental work in Kyiv. This tradition will later be continued with the crosses in memory of Valentyn Zadorozhnyi, Viktor Hryhorov, Vasyl Stus, Oleksa Tykhyi, Oksana Meshko, Yurii Lytvyn, Ivan Svitlychnyi, Nadiia Svitlychna, Viktor Kytastyi, Ivan Honchar and others.


Creates wooden bas-reliefs and murals for a sewing factory in Brovary.


Takes part in one of the first independent exhibition initiatives in Ukraine of the Pohlyad artistic association of monumental artists in the premises of the Kyiv Polytechnic University, where he exhibits sculptures created in the recent years.


Together with Petro Honchar, Nina Denysova, and Petro Malyshko he restores a house on Andriyivskyi Descent, where the four organize their workshops that lasted until 2007


Together with Petro Honchar, Nina Denysova, Petro Malyshko, Oleksandr Melnyk, Volodymyr Fedko, and Vasyl Khymochka, he creates the Brotherhood of Venerable Alipius. The next year, the State Museum of Ukrainian Art (now the NAMU) hold the Brotherhood’s first exhibition dedicated to the memory of the founder of the modern Ukrainian monumental art Mykhailo Boychuk and his disciples, titled “Not Far from the Apple Tree”.


Receives the Vasyl Stus Award “for personal contribution to Ukrainian culture and the perseverance of civic position.”


Together with other artists, he works on the frescoes of the reconstructed St. Michael's Golden-Domed Monastery in Kyiv.


Takes part in the exhibition “Ukrainian Tree” in the Ukrainian House in Kyiv, where his sculptures are for the first time showcased in a wide context of Ukrainian wooden sculpture from the Barocco to the modern times.


Actively cooperates with the Kyiv-based art center “Ya Gallery”. The artist’s new works are shown at many personal and group exhibitions in Kyiv, Dnipropetrovsk, and Lviv (around 15 projects overall). 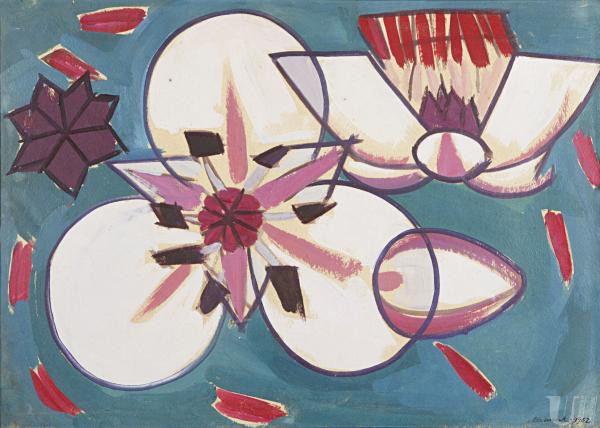 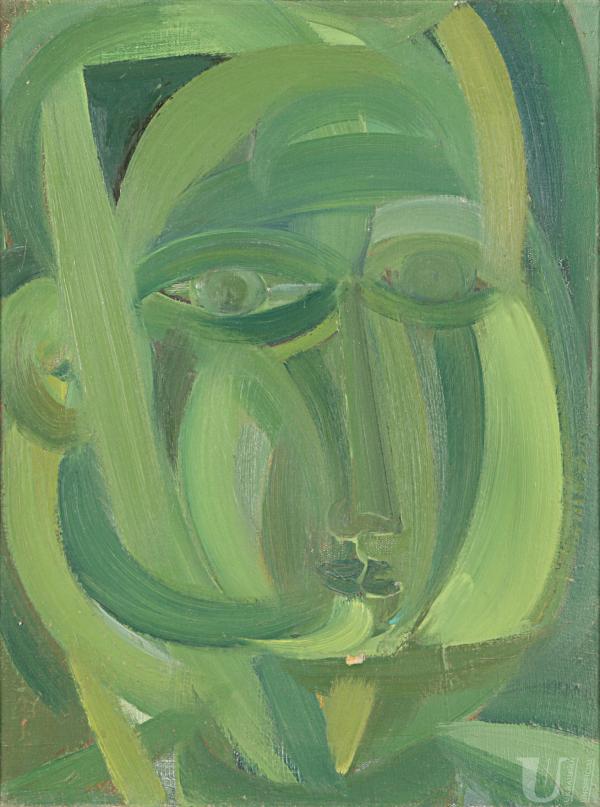 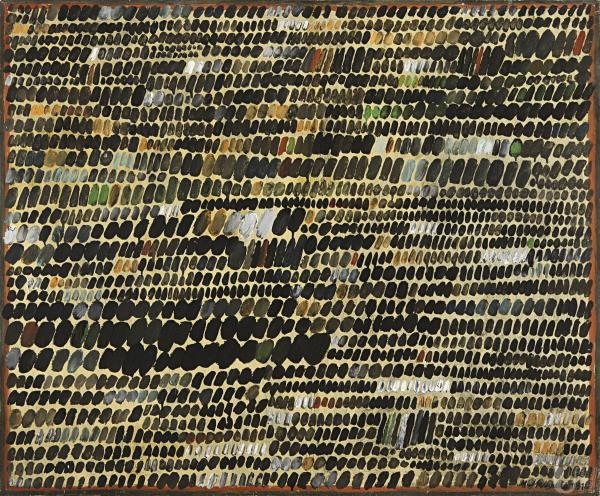 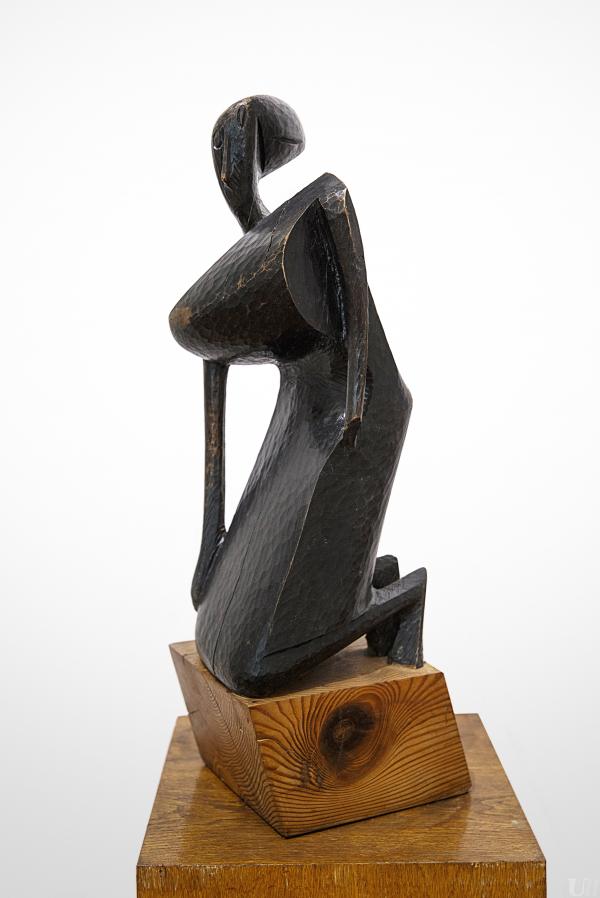 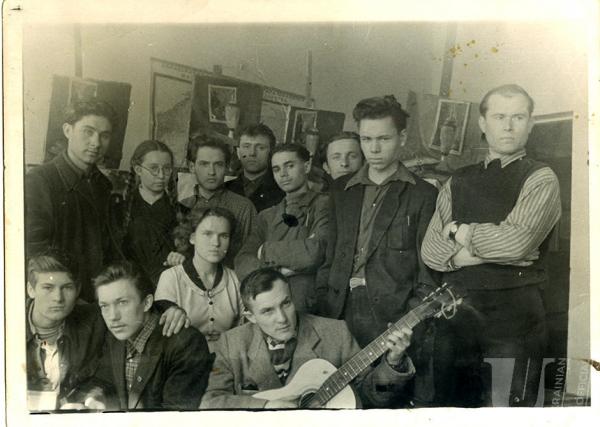 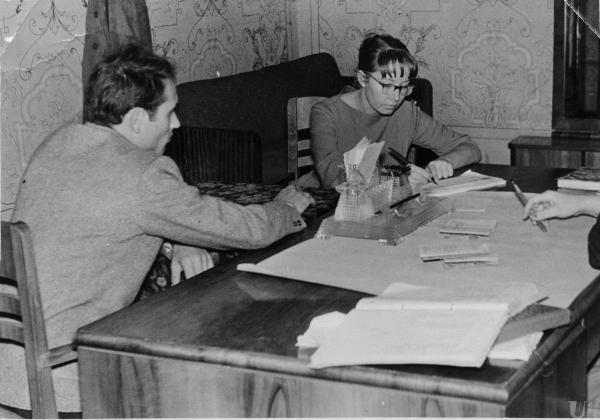 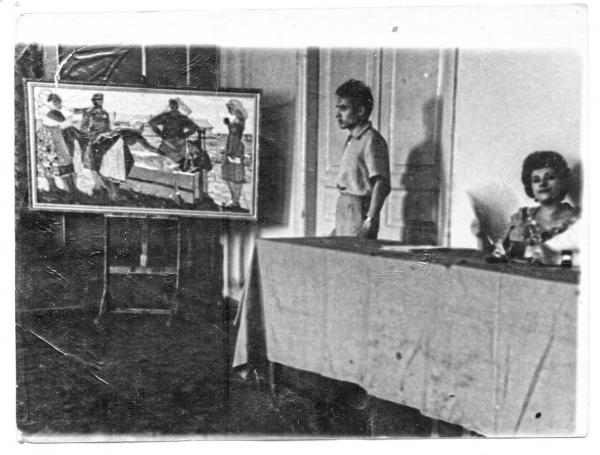 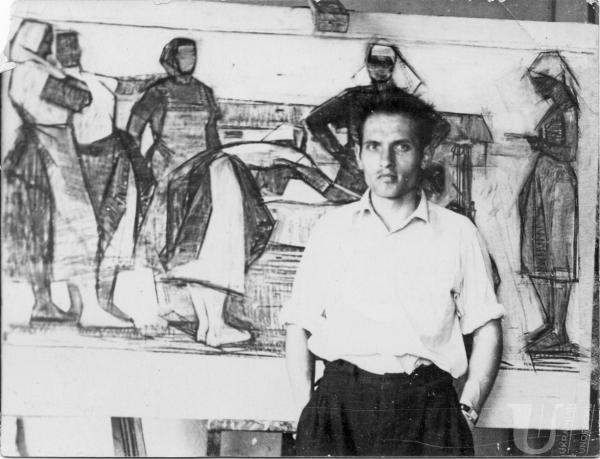 Mykola Malyshko in front of the sketch of his diploma work. Dnipropetrovsk Art College, 1961