Leopold Levytskyi was born on August 7 in the village of Burdiakivtsi (Austria-Hungary, now Ternopil region). Later, the family moved to Chortkiv, where the father worked on the railway. Leopold received the basics of fine arts at a local gymnasium.


In 1925, he enters the Academy of Fine Arts in Kraków, first — the sculpture department in the class of Xawery Dunikowski, and later — the graphics department. He studies with the luminaries of the Polish secession: Władysław Jarocki, Kazimierz Sichulski, Fryderyk Pautsch, Józef Mehoffer. His etching compositions of the late 1920s are exquisite experiments in the style of neoclassicism, in particular on mythological themes.


In 1930–1931, he transfers to the studio of Józef Pankiewicz in the Paris branch of the Kraków Academy, and becomes acquainted with the free painting style of the École de Paris, the purism of Amédée Ozenfant, and the constructivism of Fernand Léger. Among the graphic works of those years are purist compositions of pastoral content made in etching and drypoint techniques.

During his studies, Levytskyi becomes fascinated by left-avant-garde movements, first of all, their artistic expression in expressionism, futurism, and constructivism. In June 1932, he exhibits works of clearly anti-state and political content (“Spider,” “Prison,” “The Struggle of Workers with the Police”) at the annual report exhibition of students of the Academy. The exhibition is closed, and Levytskyi and like-minded people are expelled from the Academy in October. As part of the Kraków Group, which emerged the same year, he actively exhibits his work in various cities in Halychyna. The first exhibition took place in November at the Association of Polish Artists and Designers in Kraków.

In the spring of 1933, the Kraków Group organizes an exhibition in Stanyslaviv, where it proclaims Bolshevik slogans about freedom in art and political involvement. In a month the exhibition will be exhibited in Kremenets.

Among Levytskyi’s works at avant-garde exhibitions there are experiments of simultaneity (“Color Composition”), futuristic compositions on the topic of technical progress (“Firm,” “Behind the Machine”) and urban planning (“Factory,” “Street”), constructivist and supremacist abstractions (“Intellectualists,” “Studio,” “Composition”) as well as expressionist works of acute social content (“Conference on Bayonets,” “In Crime,” “Building a Manor,” “Funeral of the First Class”). He also works in the field of abstract sculpture, creating three-dimensional sculptures and reliefs in the style of constructivism and organic abstraction.

In 1934, he is arrested for revolutionary activities during the elections to the Polish Sejm. Since 1935 he lived in Chortkiv, sometimes going to presentations in Lviv, Kraków and Stanyslaviv.

After the Bolshevik occupation of Halychyna, in September 1939, the new government offered Levytskyi — as an “old communist” — to head the Chortkiv City Council; the artist held office reluctantly and briefly.


In 1946, he settles in Lviv and joins the newly formed Union of Artists of the USSR. Draws realistic sketches and portrait sketches of peasants and workers for thematic compositions. In addition to the preparatory material, he creates many self-sufficient paintings in the style of the École de Paris, in which he experiments with color and texture.


In the second half of the 1950s, the artist creates his first grotesque images of Soviet society, ridiculing the vestiges of collectivism — idleness, lack of culture, contempt for the individual (“Crowd,” “Dominoes,” “Man and the City,” “On the Stock Exchange”).


From the beginning of the 1960s, Levytskyi returns to formal problematique: creates a series of color monotypes of abstract and figurative character (“Composition,” “Self-Portrait”). Working fruitfully in the field of printing, he crystallizes his own graphic style, based on the archetypes of folk primitive and avant-garde stylization (“In the Barbershop,” “Musicians,” “Woman,” “Motorcyclist”). Thus, the special features of the author’s handwriting are the formative dynamic line that changes its thickness around objects, and the ability to stylize and simplify the form to naive simplicity, witty grotesque (“Nude,” “Woman with a Child,” “Nude with a Jar”). He also wrote a number of picturesque portraits in the author’s style of “vibrating planes” (“Portrait of Wife,” “Family Portrait”).

In the mid-1960s, when democratic processes began to roll back, a modernist typology of masks appeared in Levytskyi’s work (hidden emotions, images of fear and uncertainty: “Masks,” “People”).

In the late 1960s, ethnographic works demonstrate a grid structure that creates the illusion of a “carpet perspective” (as in folk art). Later, it was extrapolated to the domestic scenes and industrial landscapes of the early 1970s: “In the New Reading Room” (1972), “Village” (1970s), “Village Orchestra” (1970).


Stage of full creative realization in a wide thematic and formal range. Levytskyi’s work, associated with the early avant-garde and full of social intonations, became for many a symbol of unique Soviet modernism. Especially the period of the 1970s is characterized by its multi-figure compositions on urban themes, where simplified human silhouettes are arranged on the principle of complex rhythms (“City,” “Street Traffic,” “Banquet”).


Dies on May 14 in Lviv, buried in Lychakiv Cemetery.

During his life, the artist did not have a single personal exhibition. The first one took place in Lviv a year after his death. 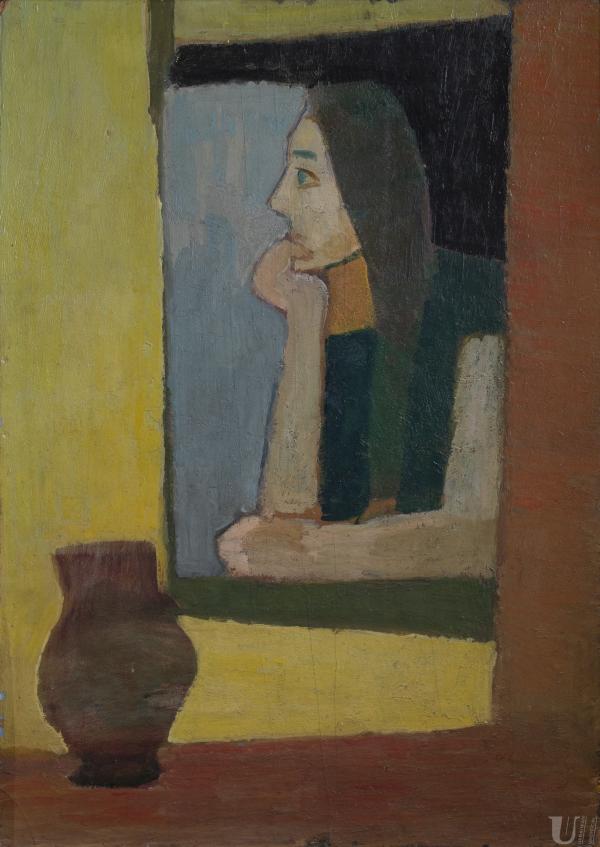 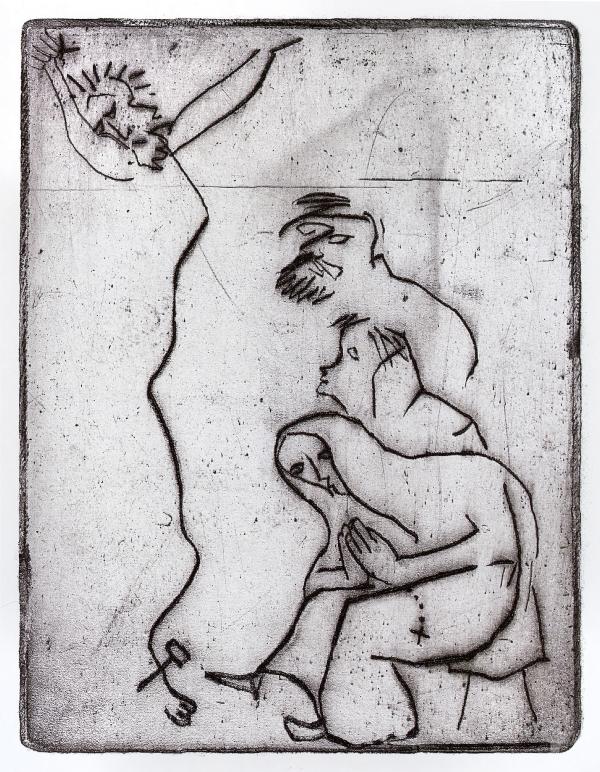 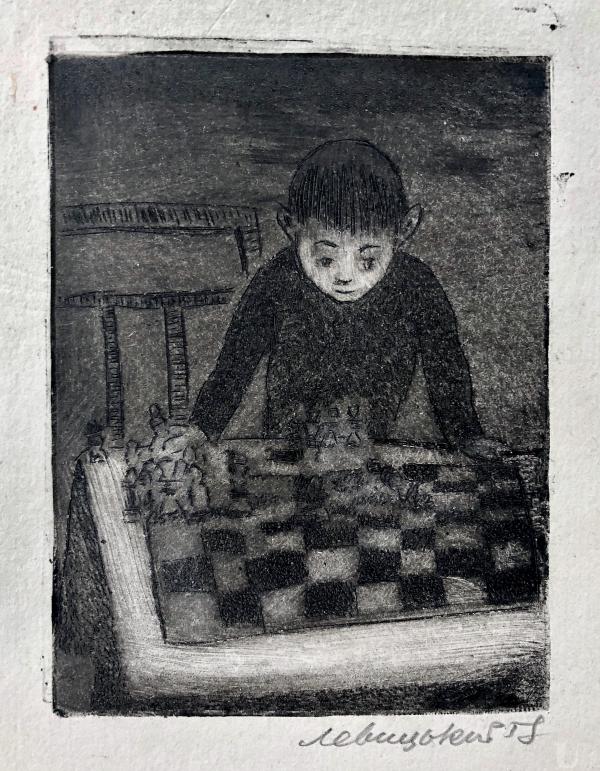 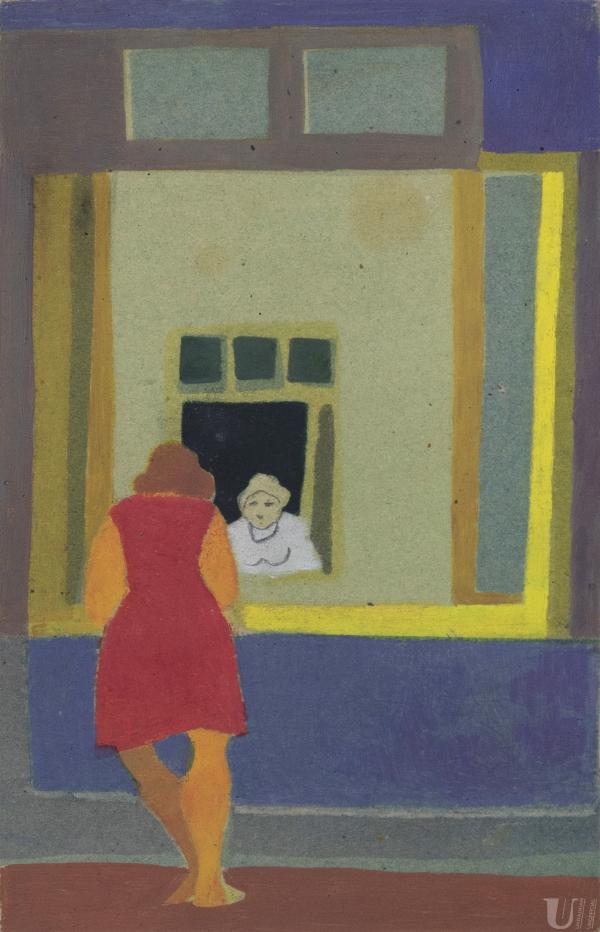 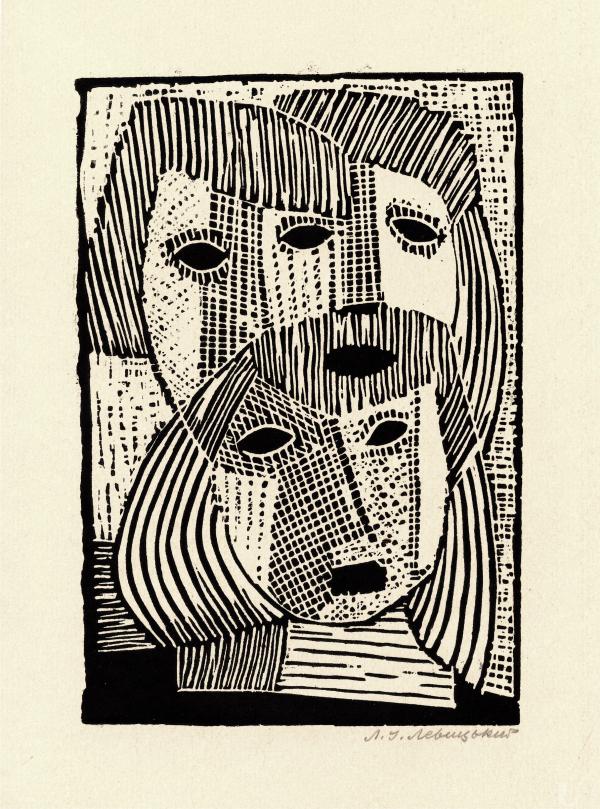 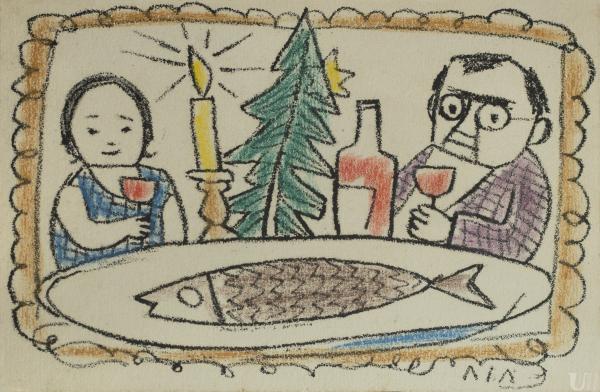 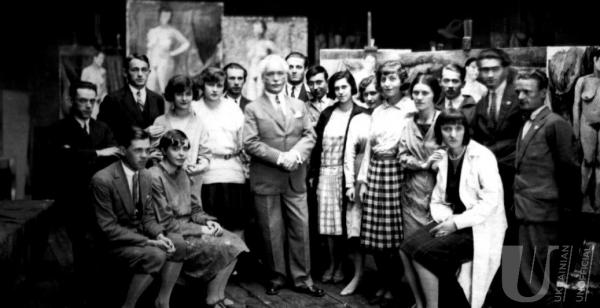 Students of the Academy of Fine Arts in Kraków in the Prof. Frederick Pouch’s studio. Krakow, 1930s 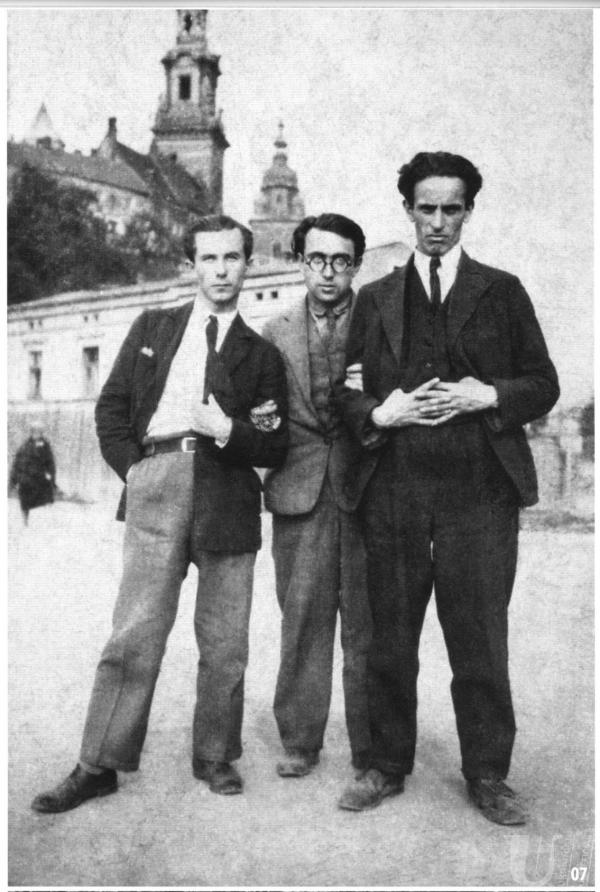 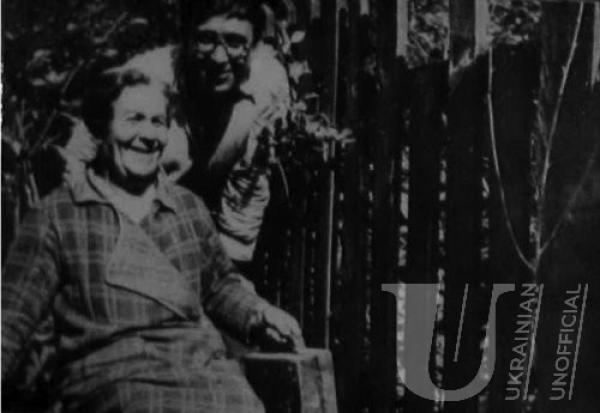 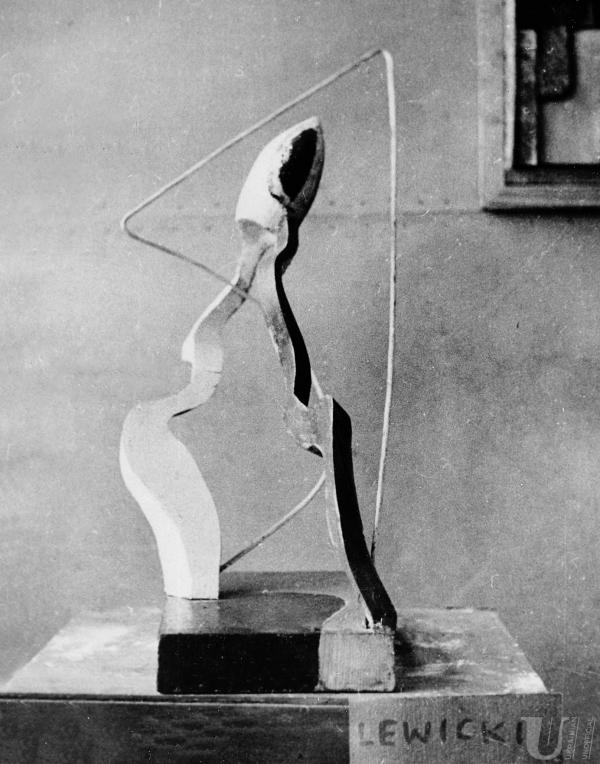 Photo of the lost sculpture "Composition" by Leopold Levitskyi. 1935