Henrietta Levytska was born on November 27 in Odesa, in the family of teachers Bohdan Levytskyi and Tetiana Suzoverska. In 1937, his father was shot for a fabricated case. In 1945, the girl moved to Lviv with her mother.

After graduating from the Institute, she works a lot as a monumental artist throughout Ukraine: decorates cultural institutions, bus stops, creates thematic panels in sgraffito and mosaic techniques. She painted the building of the main railway station (1954) and the House of Culture (1956) in Drohobych, as well as the painting “Ivan Fedorov” on the third floor of the Lviv Polygraphic College (1963).


Since the early 1960s, in parallel with her work at the Lviv Art Fund, Levytska was experimenting with modernist trends: creating a number of pictorial and graphic compositions, following the methods of Georges Braque and Pablo Picasso (“Hutsul Still Life,” “Russian Still Life,” “Electrical Appliances,” “Still Life,” “Blues,” “Still Life with Guitar”).

Among the brightest works of those years are neo-avant-garde portraits of contemporaries, reminiscent of paintings of “strict style” (“Portrait of a Woman,” “Portrait of Tetiana Gorelova,” “Listening to Bach,” “Platon Silvestrov,” “Portrait of Oleh Vvedenskyi”).

In 1962, she became a candidate for membership in the Union of Artists of Ukraine, but already in 1965 she was expelled from the circle of candidates (the official reason was a late application).

Since the mid-1960s she was closely collaborating with artists from the graphic arts department of the Art Fund; she also became fond of printed graphics. In the legacy of that period we find many perfect modernist reminiscences in the techniques of lithography, etching and monotype: “Avant-garde Experiment” (1967), “Olympus Envied the Earth Gods” (1969), “Shining Moon” (1969).


From the early 1970s Levytska returns to realistic form and plot images, but in the perspective of metaphor and grotesque: “Everyone Dances, but not Like a Jester…”, “Man Tends to be Wrong…”, “Harmony” (1974), “Proverb” (1975). In a series of graphic portraits and figurative compositions of the first half of the 1970s, we find issues of an existential nature and motives of social alienation.

In the second half of the 1970s she creates high-tech compositions, where she balances between graphics and metaphysical image. These works develop into plots on biblical themes and motives of post-industrial revolt: series “Human Life” (1972), “Commandments” (1974), “Seasons” (1979); compositions “The Last Supper” (1976), “Sheepernity” (1978).

On December 2, 1979 she holds the first holiday “Graphics Day” in his studio, which will become an annual tradition of Lviv graphic artists.


In March 1980 Levytska takes part in an exhibition of Lviv graphics at the State Museum of Estonia (Tallinn). Subsequently, an article was published in the magazine “Creativity,” which analyzed her exhibited works, but only in a plot-thematic perspective.

Being under the influence of O. Aksinin’s work for some time, she created in the spirit of his hermetic language: the graphic series “Aksiniana” based on the Chinese “Book of Changes” and the Eastern calendar (1985–1990).


She is actively engaged in icon painting in the Baroque style. Performs a number of icons for the restored iconostasis of Kyiv churches: St. Michael’s Golden-Domed Cathedral (“St. Barbara,” “The Last Supper,” 1999) and the Assumption Cathedral of the Kyiv Pechersk Lavra (2000).

In 1996, she holds a personal exhibition at the Leopold Levytskyi Art Memorial Museum. 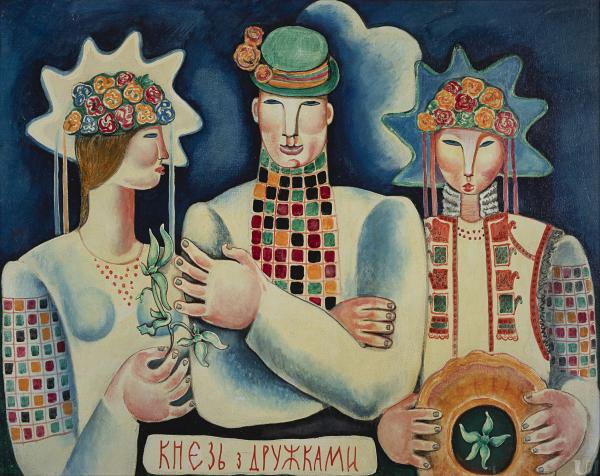 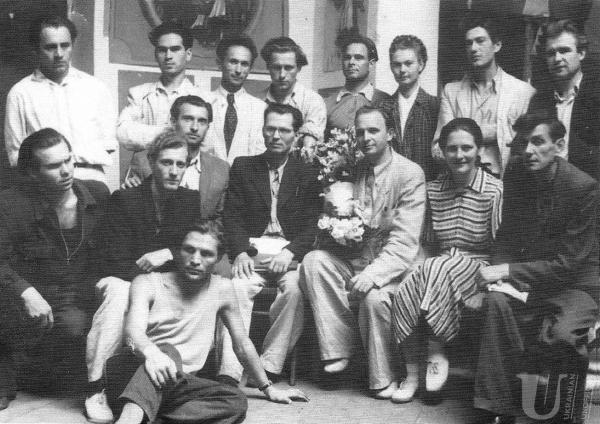 Students and teachers of the Lviv State Institute of Applied and Decorative Art. 1950–1951 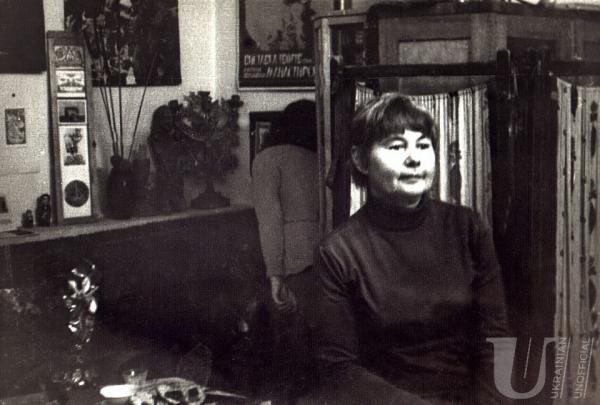 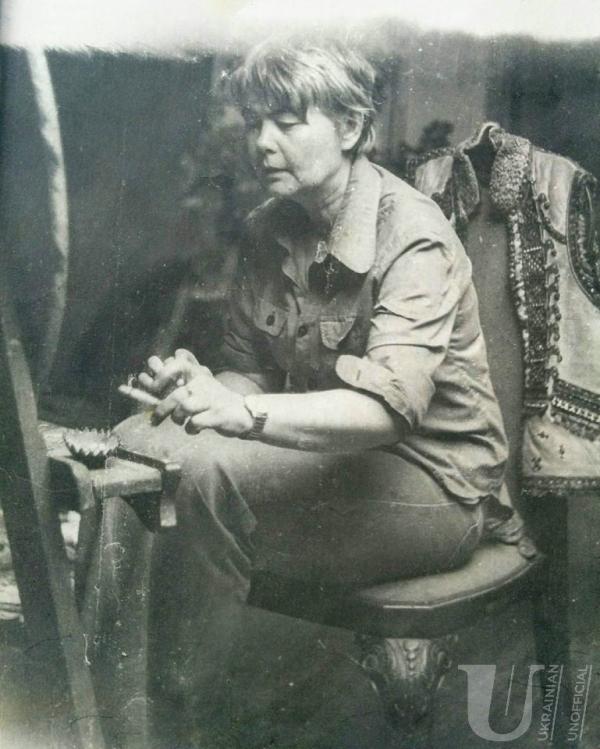 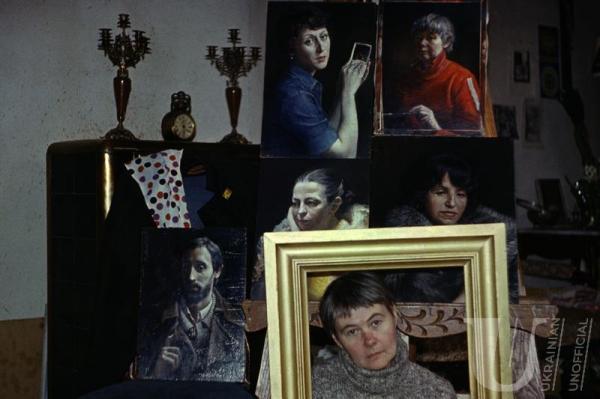