He was born in the village of Toky (then Polish lands, now Ternopil region) in a peasant family. Impressions of childhood — the life of his father’s household, folk customs, landscapes of western Podolia — will be the motives of many of his works in the last years of life.


Studied at the Lviv School of Applied Arts named after I. Trush at the department of decorative painting (with a break for three years of military service in Baku). Here he admires the work of folk artists, studies the ancient forms of sculpture, ancient ornaments. At the same time, he met a young teacher Karlo Zvirynskyi, under whose influence he was actively engaged in self-education, attended concerts of classical music, theater. Among the strongest impressions of that time were concerts by pianists Rudolf Kerer and Sviatoslav Richter, violinist Yehudi Menuhin, and the student choir of Cambridge University. Shortly before graduating, he married Anna Pazdriy, a girl from a singing family in Ternopil.


He studied at the Lviv State Institute of Applied and Decorative Arts at the Department of Art Ceramics. Teachers of the specialty — R. Selskyi, K. Zvirynskyi, Yu. Lashchuk. Zenoviy Flinta was one of Karlo Zvirynsky’s oldest students, and while still at school he helped prepare materials for his underground academy as a junior colleague. While in the underground academy, he devoted much time to mastering the Western theories of art form, performed many methodological innovations and formal experiments according to the method of Bauhaus. Graphic and painting works of the first half of the 1960s are refined examples of practical study of the worldview and artistic practices of the European avant-garde. In the works of the underground academy period - artistic understanding of synthetic cubism (“Still Life with a Meat Grinder” 1962), stylization of natural motifs (“Stumps” 1965), work with the subconscious (“Composition II” 1963), work with stylistic archetypes of different cultures (“Emanations”, “Portrait of Wife Against the Background of Egyptian Fabrics” 1963). Artists Roman Selskyi and Yaroslava Muzyka had a significant influence on Flinta’s worldview. Selskyi fascinated him with the culture of French painting — from Impressionism, Cezanne’s quest to neoplasticism of École de Paris (“Garden of Twilight” 1965). Muzyka, an expert of ancient Eastern culture, taught him to understand the semiotics of folk art (“Madonna”, 1960s).


After the underground academy period, he created his own hermetic language of plastic associations, based on existential philosophy, embodied in natural forms: “Ocean Mask” (1968), “Singer” (1965), “Composition VI” (1965). Since 1965 he was teaching at the Department of Ceramics at the Lviv State Institute of Applied and Decorative Arts, paying special attention to the problems of composition. In 1967, he completed an internship at the Gdańsk Academy of Arts, after which he developed an experimental curriculum “Special Composition”, which was based on the achievements of industrial design in Western Europe. Unfortunately, the artist failed to realize his pedagogical plans within the walls of his native Institute due to the pressure of the management. In 1969, he transferred to his main job at the Art Fund. The works of 1969–1970 are dominated by figurative and genre themes (“Rest. Swimmers” 1968, “Barge” 1969, “Beach” 1970), but at the same time the artist tends to modern stylization of the art form (“Stadium” 1970, “Tugboat” 1971, “Sailboats” 1969). It was then that “Soviet modernism” acquired exhibition legalization in Lviv, so Flinta’s compositional decisions were a kind of standard.


The artist’s life passes between a ceramics and sculpture factory, the art fund and the institute. In 1971 he headed the section of decorative and applied arts of the Lviv branch of the Union of Artists of the USSR. Thanks to the talent of the organizer and diplomat, Flinta managed to provide the “disgraced” artists with work in conditions of ideological pressure. At the same time, he became an ardent admirer of Federico Fellini’s cinema, often quoting the film “Eight and a Half”, the motive of which is in line with the artist’s personal creative dilemma: how not to lose yourself in the midst of fame and conformity? He actively participates in art projects, in particular abroad: he received an honorary diploma at the International Exhibition of Ceramics in Faenza (Italy, 1973), exhibited his work at the International Biennial of Ceramics in Valloris (France, 1974). In the mid-1970s, when the Lviv Experimental Ceramics and Sculpture Factory produced souvenirs, Z. Flinta created an author’s series of ceramic pieces with landscapes of Lviv in the technique of enamel painting, demonstrating the ability to avoid the tempting charms of “kitsch” in mass production. In the 1970s and 1980s, he co-authored with A. Bokotei, F. Cherniak and R. Petruk a number of monumental objects in the modern style of glass and ceramics. In the conditions of total Russification and critique of Western influences in art, the artist returns to the mimetic form — he works a lot with full-scale sketches, actively goes out to plein air. But at the same time in his works we find immersion in the aesthetics of magical realism, consistent with the natural philosophical tendencies of the second half of the twentieth century in North America and Europe. In the second half of the 1970s, the original style of “genre action” matures in the artist’s work, where the meticulously perfect form of graphic drawing of portraits, landscapes or still lifes is combined with a collage of perspective plans of other compositions: “Podolia. Harvest” (1977), “Self-Portrait with a Turtledove” (1974), “Bach’s Melodies” (1975), “Landscape with Poppies” (1977).


Zenovii Flinta’s creative landmarks of his last years: sentimental motives of his hometown (“Market Square” 1988), Carpathian nature (“Morning in the Forest” 1980), landscapes of Svitiaz (“Morning in the Village of Svitiaz” 1985). He works mainly with pastel — a sketch tool that allows you to capture the subtlest shades. The worldview paradigm of this period can be described as post-industrial neo-romanticism (“Apple Branch” 1984, “Garlic” 1986). The master’s latest works are a kind of naturalistic meditation, when, for example, from a simple motif of blacksmith’s tools, the artist can unfold a whole artistic drama (“In Father’s Workshop” 1988, “Old Scales” 1988). On 2 April 1988, he died in Lviv, buried in field No. 42 of Lychakiv cemetery. 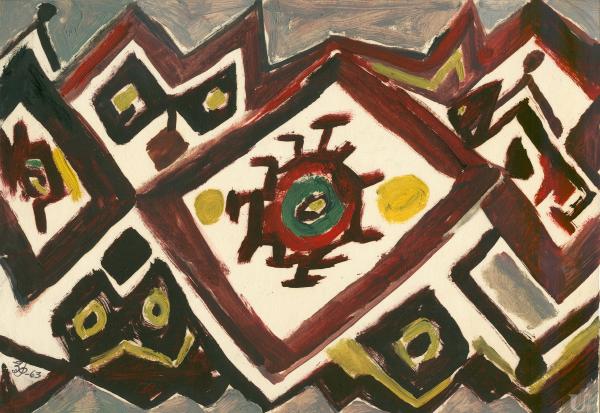 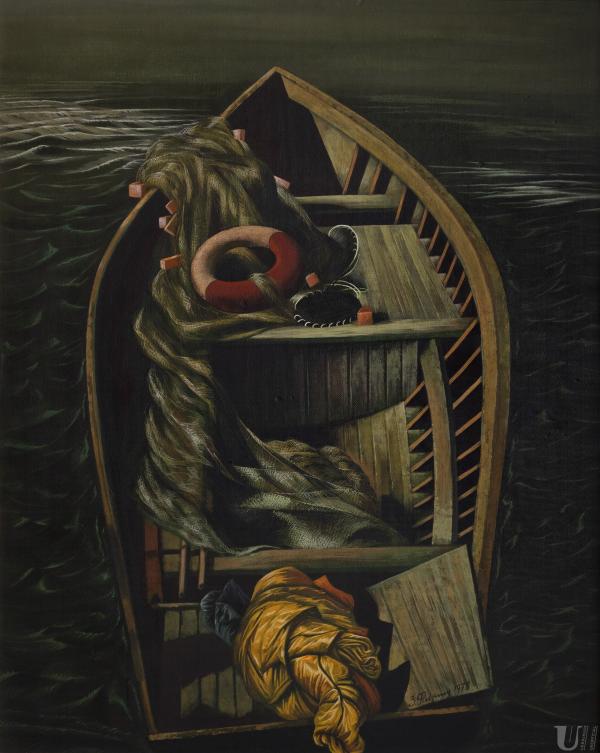 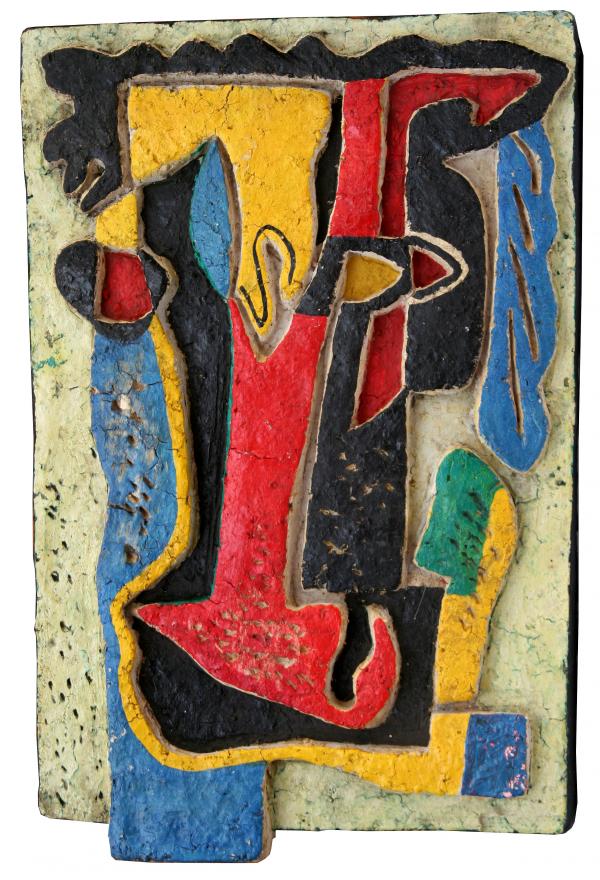 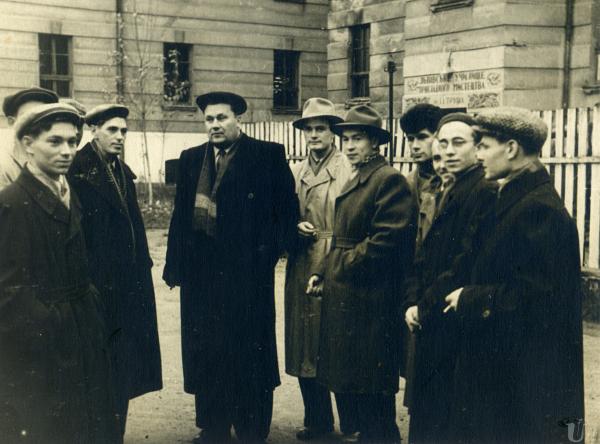 Near the Lviv School of Applied Arts named after I. Trush. Zenoviy Flinta in the center right 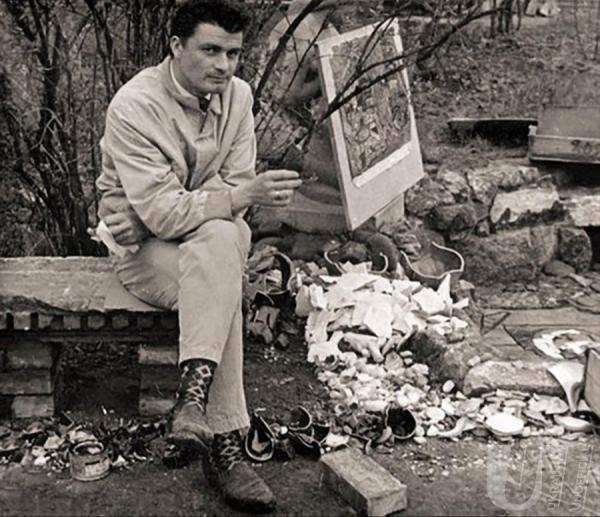 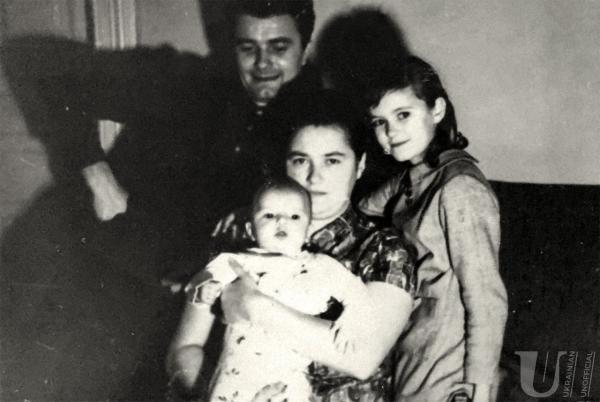 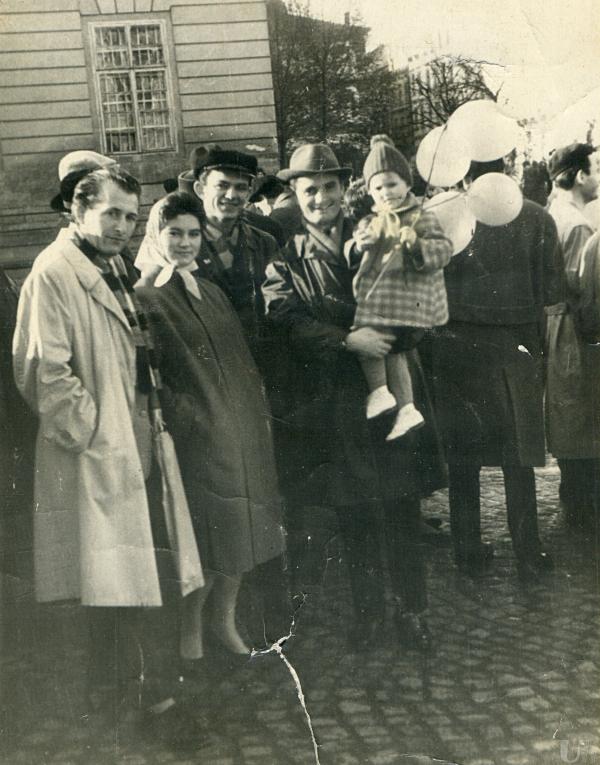