Oleksandr Dubovyk was born on August 1 in Kyiv. His father, Mykhailo Dubovyk, was a famous Ukrainian poet, a member of the literature association “Pluh” (“Plow”). His mother was an instructor in the teachers’ training college.


Oleksandr’s father, Mykhailo Dubovyk, was arrested and sentenced to death by shooting, accused of counter-revolutionary activities. He was exonerated posthumously in 1955.


Oleksandr studied in the Taras Shevchenko State Art School with Gennady Tytov as his mentor (Tytov would also be his instructor, since he continued his studies in the Kyiv State Art Institute). Till nowadays survived self-portrait of Dubovyk, dated back to 1948, that was painted in a traditional realistic manner. And from then on, his self-portraits from various years would serve as witnesses of profound shifts in his worldview that would make his artistic style evolve.


He studied in the Kyiv State Art Institute. Professional guidelines of his tutors Gennady Tytov, Mykhaylo Khmelko, and Serhii Hrihoriev were implemented in his diploma painting “Julius Fučík”, that was later exposed at the exhibition within the framework of the 6th World Festival of Youth and Students in Moscow.


He entered the Artists’ Union of the USSR, and became an active participant in its public activities. He painted a self portrait against the background of ‘Portrait of the Artist’s Daughter’ by Mikhail Nesterov. Programmability of this art work was manifested, in the first instance, in its painting technique peculiar to the best examples of the national art in the late nineteenth — early twentieth century.


He taught painting and graphics in the Kyiv College of Applied Arts.


Under the guidance of Serhii Hrihoriev he worked in the newly opened art workshops at the USSR Academy of Arts in Kyiv. In 1962 he created a lithographic self-portrait, the reproduction of which he would later supplement with the following words: “What am I supposed to do, when the time is coming for desired and open ways? The smell of spring awakes in my blood the thrill of new hope” . This creative period resulted in paintings “At the Blue Shield” (1964), “Physicians” (1965), “Operation” (1966), in which the quest for the new style, characteristic to the Ukrainian art of the 1960’s, can be traced.


He painted “Bouquet” which, comparing to the cognominal painting from the previous year, obtained the shape of a sign that would occupy a prominent place in the figurative semantic structure of the artist’s philosophy.


He painted a portrait against the background of a window. It became another programmatic declaration in which traditional figurative language is replaced by the universal timeless language of signs.


He worked in the “Fine Art” magazine. That was the very period when Dubovyk’s painting went through changes again, while balancing between realism and abstractionism.


He revealed a fundamental pictorial composition scheme that would become a core of most of his paintings. Thus, “Awakening” dated back to 1970 was divided into four segments by two lines, at which intersection the rhythmic drama of the image is built. With time classical elongated proportions of Dubovyk’s paintings would attain perfection of the rectangular shape. Explicit development of his art led to the conflict with the functionaries of the Artists’ Union of the USSR. As a result, Dubovyk’s art works were banned from being exhibited for nearly two decades. Nevertheless, tha artist worked hard, while creating both individual pictures and series of paintings —“Carnival”, “Holiday”, “Dialogue”, “Triumphers”, “Bouquet” and so on. At the end of the 1970’s he mowed into the new art workshop located in Obolon district. Finding himself within its empty clean walls, he decided to destroy part of his works which he brought with him. They were saved from the bonfire started in the yard by the artist’s wife Iryna Dubovyk. This story in Bulgakov’s style could tell about realities of the day far more than hundreds of pages of academic researches.


He painted ‘Black square’ (1980) and ‘Red square’ (1983). In his polemics with the prominent predecessor, the artist argued: “Square became a concluding point in European understanding and a starting point in new understanding of an image as a plane. Filling in such a plane with color released powerful energy of the canvas itself . He created a series of gouache paintings. Thematically they continued a series of oil paintings while refining it with adding a new dimension – the white background of paper, in which here and there the palimpsests of color are revealed. He also made a series of monumental-decorative artworks in Ukraine as well as abroad: stained glass window “The Wind of Wanderings” and “Carnival” for the sanatorium ‘Voskhod’ (‘Sunrise’) in Theodosia (1983, 1988), stained glass window ‘Holiday’ for the Kyiv chamber of commerce and industry (1986), mosaic panel ‘The Tech World’ on the façade of the station of young technicians in Kyiv (1980), mosaic panel ‘The Triumph of Knowledge’ for the Kyiv plant ‘Crystal’ (1984), mosaic panel ‘In the World of Fairy Tales’ for the kindergarten in the urban-type settlement of Khelyulya in the Karelian Autonomous Soviet Socialist Republic (1985), mosaic panel ‘Interaction’ for the Lviv Physics and Mathematics Institute (1986) etc


The artist held his first personal exhibition in the Kyiv House of Architect.


He participated in one of the first Ukrainian independent exhibition initiatives of the artistic association of monumentalist art ‘Pohlad’ (‘The Gaze’) at the Kyiv Polytechnic Institute.


The artist held his personal exhibition at the exhibition hall of the Artists’ Union of the USSR.


He held his personal exhibitions at the exhibition hall of the Artists’ Union of the USSR and the Weiner Gallery in Munich.


Since 1990 the artist annually held his exhibitions in museums, exhibition halls and galleries in Ukraine as well as abroad. In the middle of decade he created two monumental works – stained glass windows in the New Apostolic Church in Kyiv (1994-1995) and wall paintings in the chapel of Notre Dame des Anges in the commune of Berre-les-Alpes in the surroundings of Nice (1996). He wrote philosophic and theoretical works in which he vividly and often paradoxically expressed his views on art and the artist within its context. Among his programmatic texts one should name ‘My Catechism’, ‘Palimpsests’, ‘ The Ladder to the Empty Skies’.


He made one of his self-portraits under the title ‘Greetings, Mr. Dubovyk!’ While continuing the tradition started by Courbet and Gauguin, the artist declared the new, postmodernist period in his creative activities.


He created his own artistic manifestos – ‘The Black Bouquet’ and ‘The Red Bouquet’, wherein the symbolic sign is contained within the white plain of the canvas in the form of a circle, that embodies spiritual world, and in the form of a triangle that symbolizes human being.


He became the Honorary Academician of the National Academy of Arts of Ukraine. At the present time he lives and works in Kyiv. 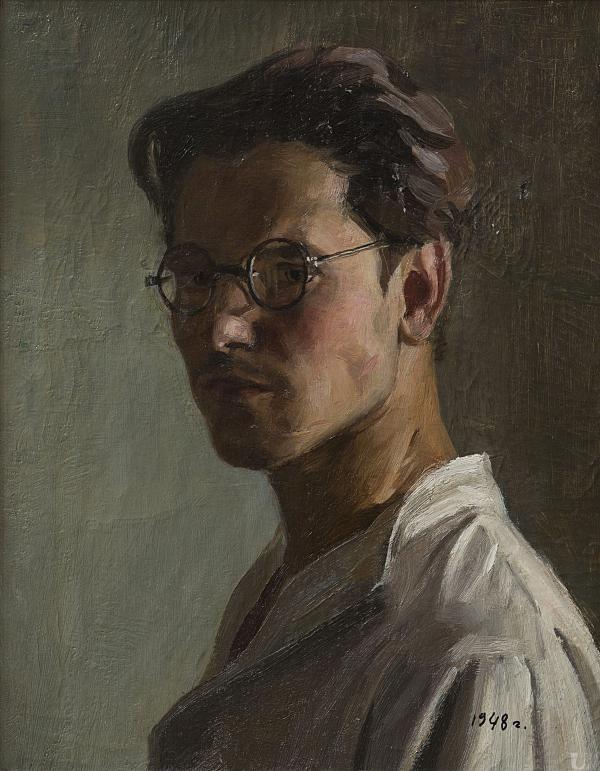 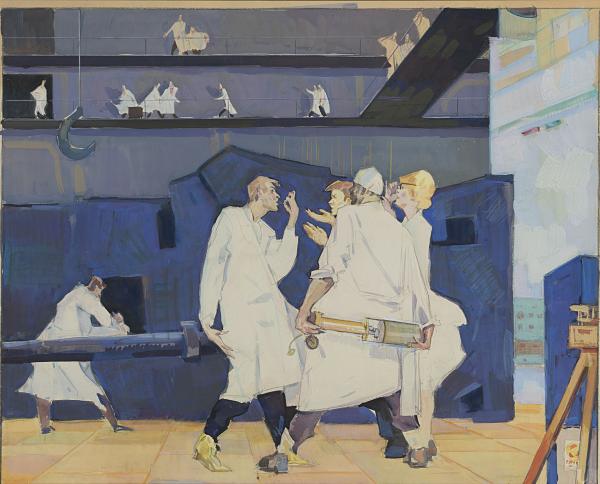 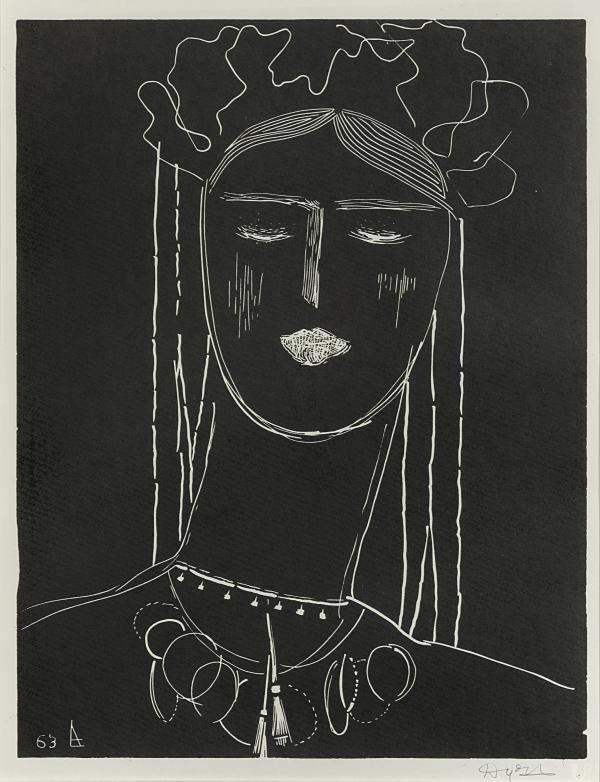 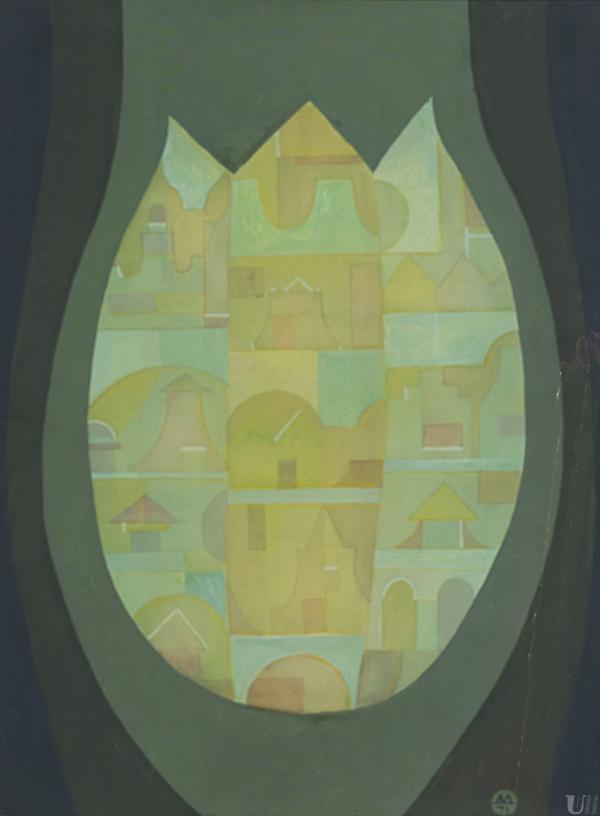 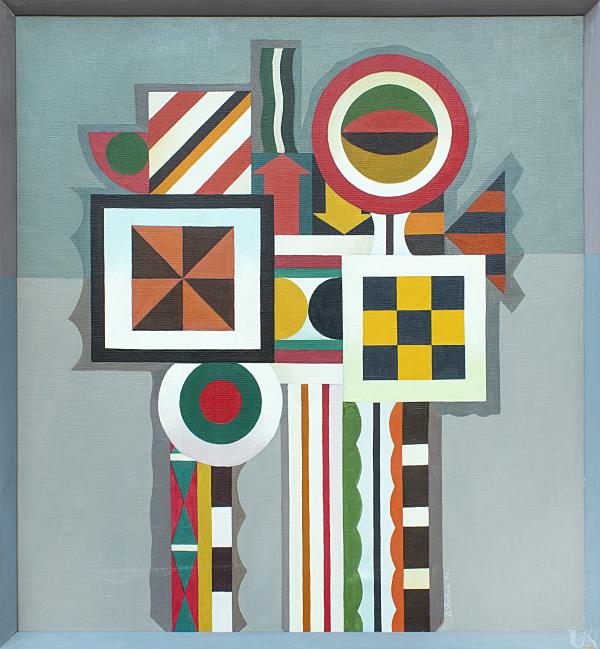 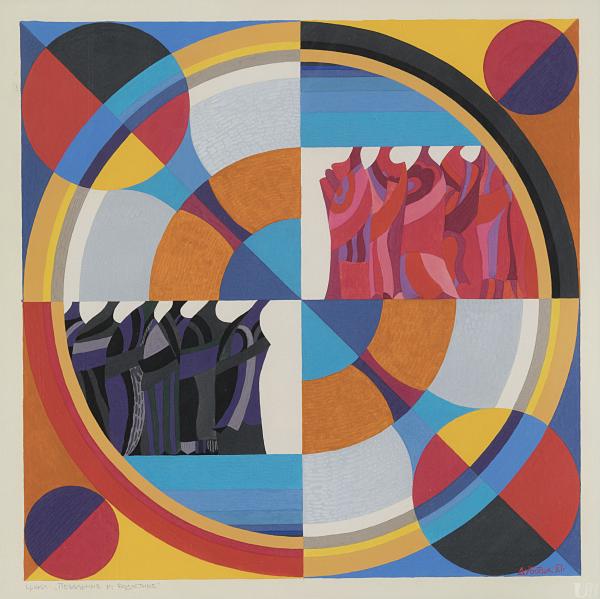 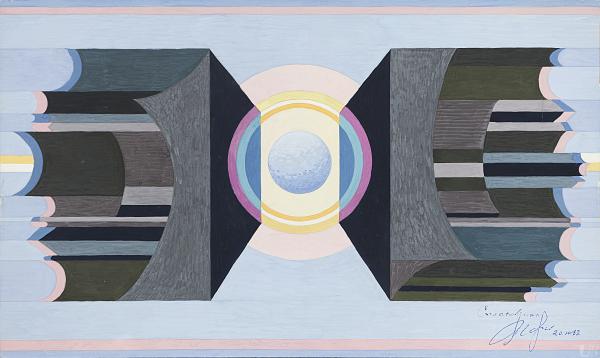 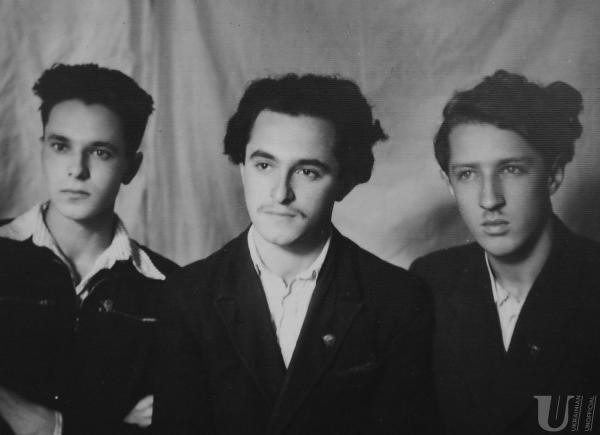 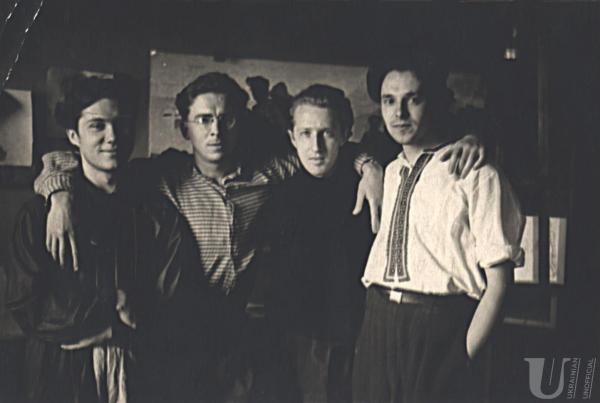 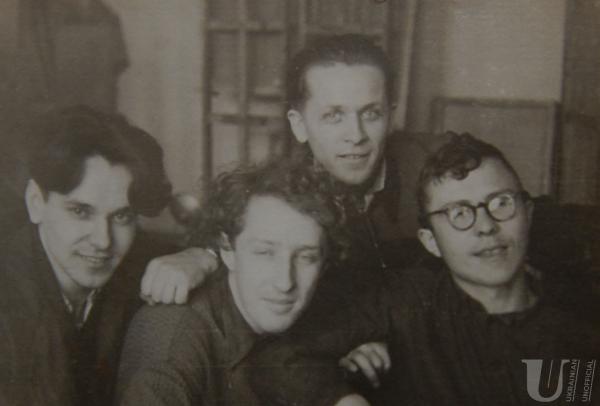