She was born on July 1 in Zaporizhzhia. The following year, the family, led by Enhelina’s grandmother, Stefania Kalynovska-Tytovych, moved to the newly liberated Lviv. The girl had been involved in music since early childhood.


In 1960, she graduated from Lviv Secondary Specialized Music Boarding School with a degree in piano, a teacher of the specialty — Lidia Holembo. She enters the piano faculty of the Lviv State Conservatory named after Lysenko, but two years later she leaves school. In the mid-1960s she marries the artist Serhiy Derhachov (second marriage). Under his influence she tries her hand at prose, while experimenting in the field of handmade graphics. E. Buriakovska’s three stories are published in the emigrant anti-Soviet magazine “Posev”, the cooperation with which could have had serious consequences at the time.


She resumes her studies at the Lviv Conservatory, graduating in the mid-1970s; despite this fact, E. Buriakovska never became a professional pianist. In 1974, in the house of the Lviv artist Veniamin Siper, she met the famous graphic artist Oleksandr Aksinin. Since then, the world of Enhelina Buriakovska turns around Western existential prose, Eastern philosophy and esoterics. In addition to music and literature, she is interested in conceptual photography and graphic arts.


In 1977, the Leningrad samizdat publishes E. Buriakovska’s existential story “The Room is Empty…” and in the same year her first etching, made in the style of Aksinin’s hermetic figurative language, appears. The artist creates several etchings in a row with the motif of a closed room and a model of coexistence of fictional and real creatures: “G. G. G. G,” “Ostriches,” “Dancing Beasts,” “Rolled Carpets,” “Ex-libris Ponomarenko” (probably under the influence of existential prose by F. Kafka — the story “Transformation” and the novel “Castle”). Buriakovska imitates the compositional forms of Aksinin’s structural prints — ellipse (“Tatiana Bilinska’s Ex-libris”), mandala (“Bestiary”) and cube (“Cage”), and consciously transfers to her etchings the “illusory labyrinths” of the famous Dutch graphic artist Maurits Cornelis Escher (“In Memoriam Escher”). Among the works of other followers of O. Aksinin, E. Buriakovska’s graphics are distinguished by the presence of specific authorial personifications: a sitting girl, an ostrich, a walking female torso, a sitting monster, a white chair, a carousel, inverted umbrellas. In 1978, Enhelina Buriakovska and Oleksandr Aksinin got married. Many people visit their house, in particular from Poland, Russia and the Baltics. The couple travels to Leningrad, Moscow, Tallinn; meets V. Krivulin, V. Makarenko, E. Gorokhovsky, D. Prigov, I. Kabakov. In 1979, she creates a series of colored etchings of metaphysical content: “White Chairs,” “Sacrifice,” “Chinese Motifs,” where she moves from an existential manifesto to building up an imaginary microcosm. The style of graphic works is also changing towards minimalism. In the same year, she makes structural compositions with colored ink.


The year of 1980 is the last, but no less productive year in the artist's work. She creates structural illusions on the theme of religious hierarchies (“Cross” series) and grotesque compositions inspired by her own physical suffering from a serious illness (“Knots” series). One of the last etchings is a congratulation composition on the new, 1981, year: in the ironic image of a freaky woman the artist's relationship with once beloved men is shown.


Enhelina Buriakovska died on August 11 in Lviv and was buried in Yaniv Cemetery. She left behind about 30 prose works and more than 50 compositions in various graphic techniques. 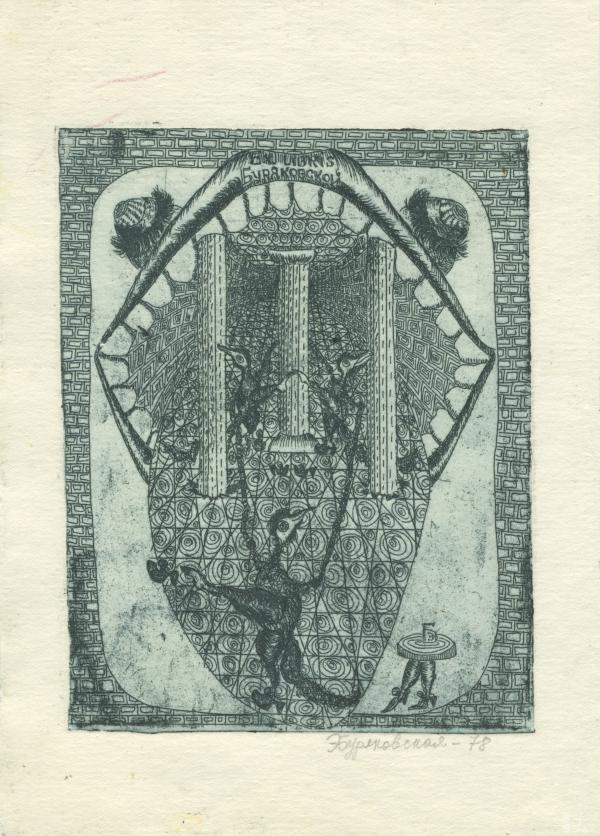 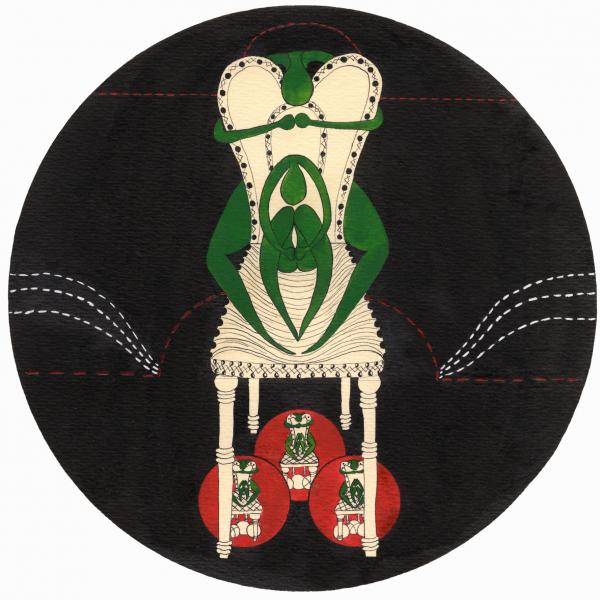 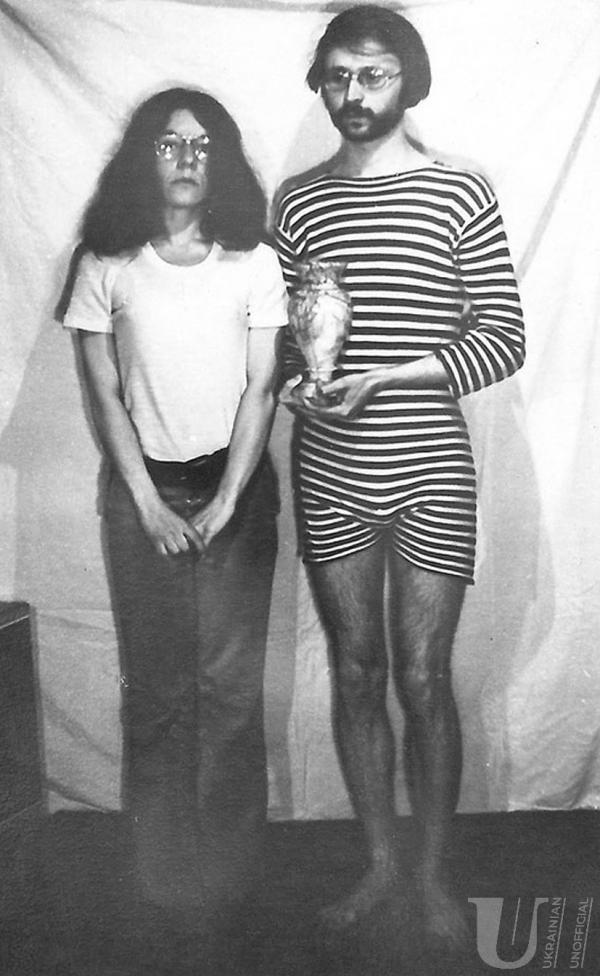 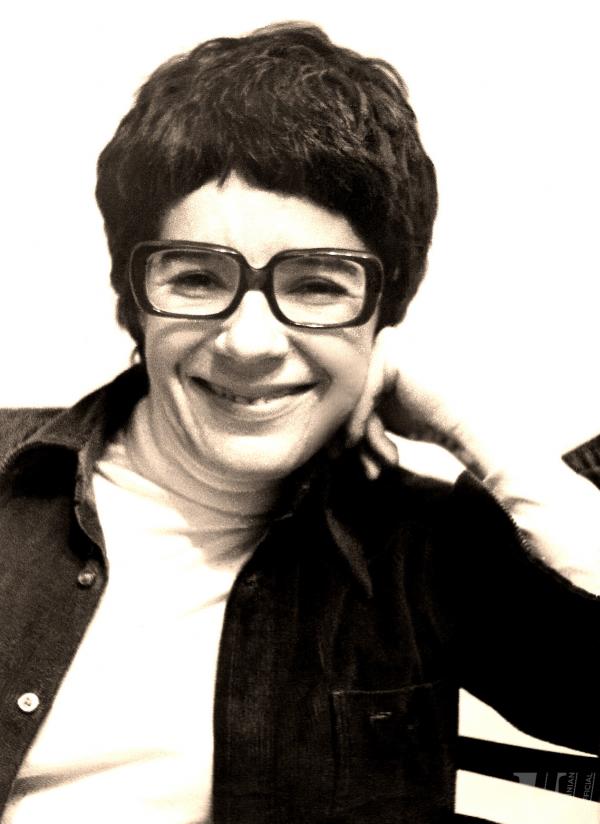 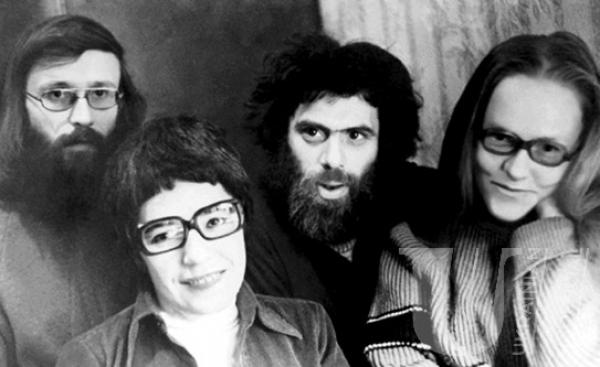 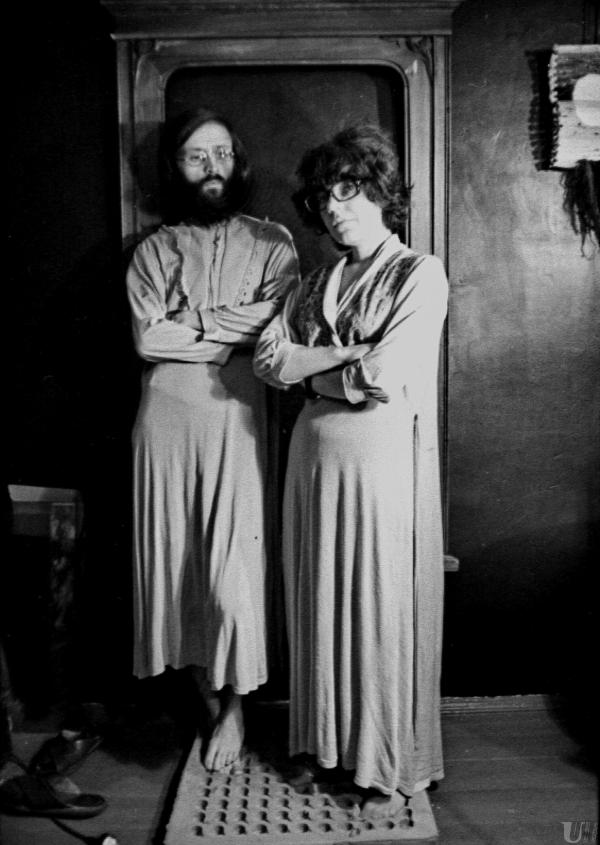