He was born on January 8 in Stryi in the family of the famous embroiderer Iryna Dyka. His mother’s aesthetic views caused Ihor’s early interest in folk art. He studied at the Stryi Art School with the luminaries of pre-war art — Petro Obal (a graduate of the Krakow Academy of Arts) and Roman Hankevych (a graduate of the Warsaw Academy of Arts). From them he learned basics of artistic education and a good sense of style.


He meets one of the founders of the avant-garde group ANUM, artist Yaroslava Muzyka, begins to prepare for admission to the Art Institute under her guidance.


He received his professional education at the Lviv State Institute of Applied and Decorative Arts at the Department of Artistic Weaving (1959–1965). Among the teachers were D. Dovboshynskyi, K. Zvirynskyi, V. Manastyrskyi. During his studies, he kept in touch with Y. Muzyka, in fact being an underground student of the artist. Not without her influence he developed a series of monotypes based on the ancient Ukrainian archetype: “Pysankove” (1961), “Window of Hope” (1966), “Night on the Meadow” (1968), “Flower Diversity” (1966), “Three Willows Bent” (1968), “Night Deer” (1967), “Fern Flower” (1967), “Space Serenade” (1967). In the second half of the decade he worked on a series of prints on existential themes (“Night Violinist,” “Look Through Passionate Eyes,” “Perspective of Human Life,” “Sad Evening,” “Cuckoo’s Nest,” “Bright Figure,” “Real Dreams”). Since 1963, he had been participating in group exhibitions. Since 1966, he had been teaching at the Department of Art Textiles at the Lviv State Institute of Applied and Decorative Arts. In 1969, on the initiative of Mykhailo Kosiv and Ihor Kalynets’, he organized the first solo exhibition in the hall of the Lviv branch of the Writers’ Union of Ukraine. But already on the second day the exhibition was closed due to the negative response of the “black expert of the party” Anatoly Popov. Since then, the artist had been monitored by the KGB, and he himself was plunged into a long depression.


The ethnographic period began in I. Bodnar’s creative work of in 1970. The artist illustrates the works by V. Stefanyk, Lesia Ukrainka, combining figurative compositions with decorative ornamental collages; improves his graphic technique, mainly working with etchings. In 1970, he took part in an international exhibition for the first time (Rzeszów, Poland); in 1971, he became a member of the Union of Artists of Ukraine. In 1970–1976, at the Department of Textiles of the Lviv State Institute of Applied and Decorative Arts, he developed an experimental program “Volumetric-spatial compositions in textiles,” based on the theoretical work of Western modernists and practical experiments of Polish textile workers. In 1975–1978, he created a short series of metaphysical portraits “Legends of My Childhood” (“Escape,” “Grandma and the Nest,” “Grandfather and the Bird”). He actively travels to textile symposiums, organizes internships for his students in the Baltics and Poland.


Returns to the sources, reviving existential themes, archetypal compositions, and cosmogonic structures in his works. He is also extremely productive in the technique of monotype; uses his own technique with gilding, synthetic texture, and acrylic (“Constellation of Hope” (1988), “Milky Way” (1988), “Saturn” (1988), “Ship of Good and Evil” (1988), “Relationship” (1990), “On the Golden Cart of the Day” (1990), “Listening to the Universe” (1995), “Chapel of the Boims” (2000)). He exhibits a lot of his works abroad: participates in the International Ex-Libris Exhibition in Vilnius (Lithuania, 1989), the VII International Print Exhibition in Tbilisi (Georgia, 1989), the Exhibition of Ukrainian Graphics in New York (USA, 1990), the International Ex-Libris Competition in Sint-Niklaas (Belgium, 1991, 1993, 1995), the First International Biennial of Thematic Ex-libris “San Giorgio” (Italy, 1997), the exhibition “Lviv Art School” in Cleveland (USA, 1999), projects “Contemporary Sacred Art of Ukraine” in Lilienfeld (Austria, 2000) and “Building Cultural Bridges. Art from the Former Soviet Union to America” at the Mizel Museum (Denver, USA, 2006). In 1997, he held a solo exhibition in Paris. He is also active in Ukraine: he holds solo exhibitions at the Lviv Art Gallery (1991, 2006), at the National Museum in Lviv named after A. Sheptytsky (2001), exhibits his works at the triennial “Graphics 2000” in Kyiv.


Dies on January 19, during the exhibition of his last lifetime exhibition at the Lviv gallery “Primus.” Buried in field No. 27 of Lychakiv cemetery. 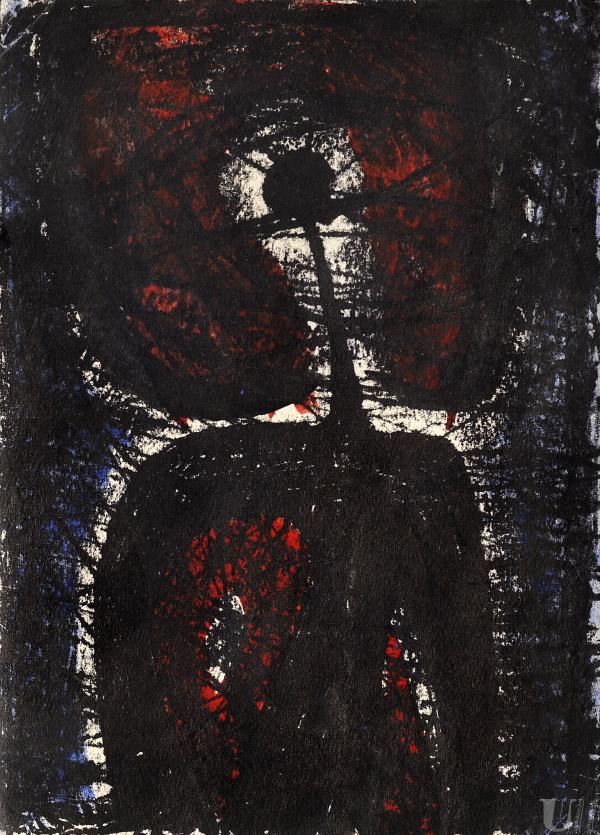 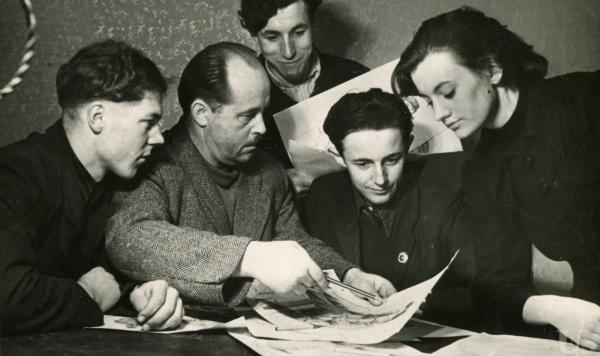 Roman Hankevych's studio. Third from the left is Ihor Bodnar. 1958 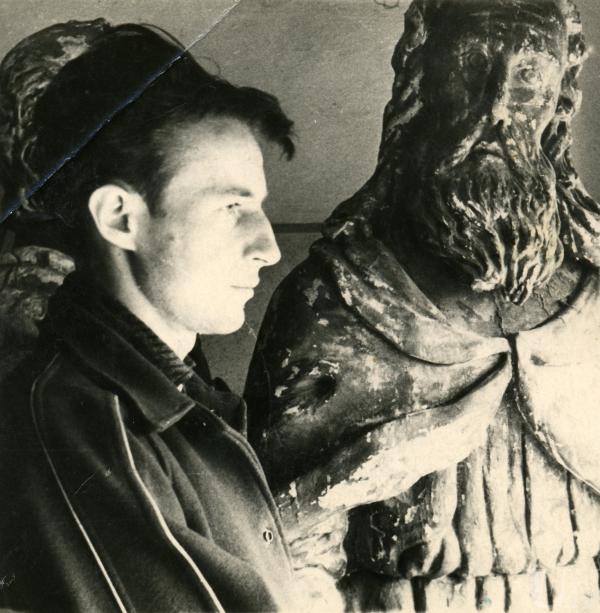 Ihor Bodnar as a second-year student at the Lviv State Institute of Applied and Decorative Art. 1961 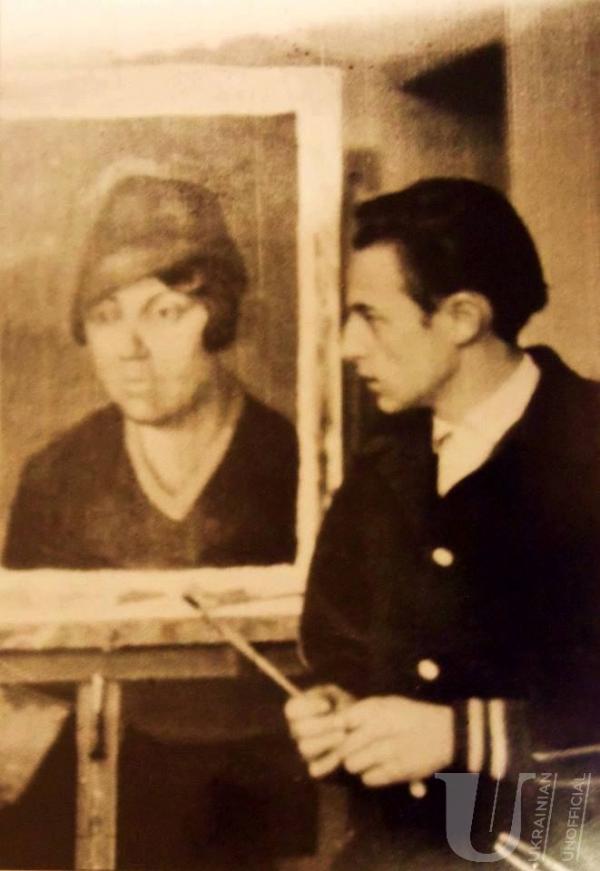 Ihor Bodnar in a classroom of the the Lviv State Institute of Applied and Decorative Art. 1961 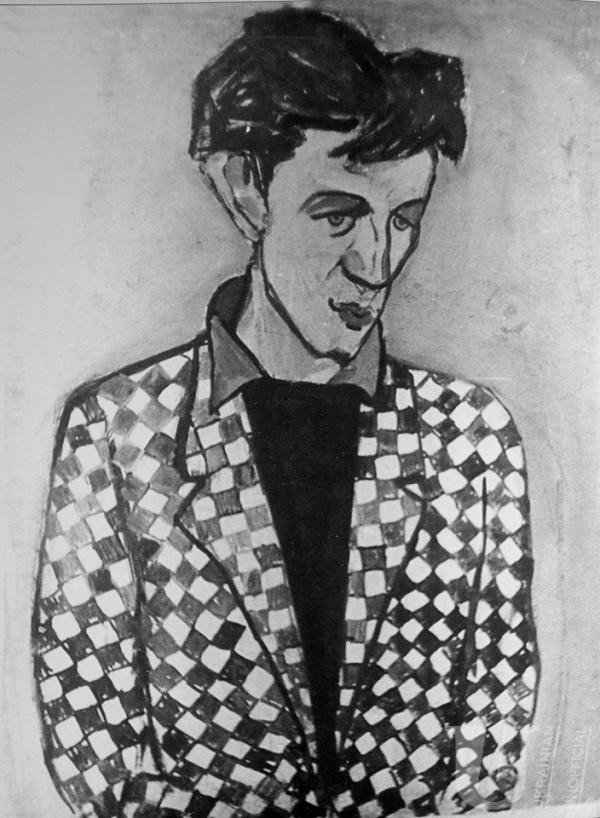