He was born on February 8 in the city of Bilopillia in Sumy region. His father is an accountant, his mother is fond of music and drawing. The family moved frequently, living first in Donetsk, later in Yuzivka, Horlivka, Dniprodzerzhynsk.


He and his parents are evacuated to the city of Gubakha (Perm Krai, Russia), where he receives his secondary education.


He is drafted into the Army and serves as a junior sergeant in the 359 Regiment of the 14th Cheboksary Reserve Rifle Division.


After demobilization, he returns to his family, takes private lessons from the artist Mykola Oriekhov, who lives in Tula. He sends his drawings together with his documents to the Repin Leningrad Institute of Painting, Sculpture, and Architecture, but they get lost.


Moves to Kyiv, makes an unsuccessful attempt to join the Kyiv State Art Institute. He prepares for entry next year by studying in the eleventh grade of the Taras Shevchenko Kyiv Art School.


Studies at the Kyiv State Art Institute, among his teachers are Kostiantyn Yeleva and Hennadii Tytov. In 1951, he receives the Illia Repin personal scholarship for his academic success, and the Stalin scholarship in the following year.

Zaretskyi’s diploma work is the painting “To the Mausoleum”, made in the studio of Professor Serhii Hryhoriev.


Marries a student of the same institute, Alla Horska.


Participates in the International Festival of Youth and Students in Warsaw, presenting paintings “Portrait of harpist Manzii” and “Pionerka”.


Becomes a member of the Union of Artists of the Ukrainian SSR.

Creates the painting “After the Shift”, which is on display next year at an exhibition of works by young artists in Moscow.


Takes part in the creation of the monumental panel work “Industrialization”, for which he is awarded the Certificate of Honor of the Main Committee of the Exhibition of Excellence in the National Economy of the Ukrainian SSR.


Paints the pictures “Flax Harvesting. Portrait of Lead Woman P. Syrovatko” and “Girls”. Together with other paintings and sketches of the so-called “peasant series”, they mark a departure from the canons of socialist realism, and admiration for Ukrainian folk art.


In addition to peasant themes, he works images of the city and its inhabitants. “…Viktor Zaretskyi’s artistic language is enriched with theatrical, decorative moves. Obviously, the scenographic searches of his wife, Alla Horska, showed themselves in one way or another. And yet, there is an insatiable attraction to the symbolism and significance of his artistic decisions”1.


Becomes the chairman of the Club of Creative Youth “Suchasnyk”.


Decorates a club in the village of Hornostaipil in the Kyiv region. At the same time, he conducts educational work, arranging conversations about art with local residents.


Works on a number of monumental projects as a member of creative groups which include Hryhorii Synytsia, Halyna Zubchenko, Alla Horska, Borys Plaksii, and other artists and architects. In 1967 alone, he creates the mosaic panel works “Tree of Life” and “Boryviter” (Mariupol, cafe “Ukraina”), “Wind” (Kyiv, ”Vitriak” restaurant) and murals in the interiors of Kyiv restaurants “Vitriak” and “Poltava” (later “Natalka”).


Together with A. Horska, B. Plaksii, O. Smyrnov, V. Smyrnov, and A. Lymariev, he works on the mosaic panel work “Flag of Victory” for the “Young Guard” Museum in Krasnodon.

He signs the letter of protest of 139 scientists and culture activists against illegal arrests and closed trials of dissidents, for which he is expelled from the Union of Artists of Ukraine (will be renewed later).


Under unknown circumstances, the artist's wife and father die. This tragic event overwhelmed the artist, leading to loneliness and long-term depression.


Collaborates with children’s magazines “Maliatko” and “Barvinok”, designs a number of books.

Creates monumental and decorative designs for the Ivano-Frankivsk, Simferopol, and Sumy theaters.

Paints female portraits, including “Romance. Portrait of Iryna Zaslavska”, “Portrait of Mariia Kapnist” (both 1973–1974), “Flowers of Inspiration. Portrait of Rayisa Nedashkivska” (1974), “Portrait of Halyna Dobrovolska” (1975). The influence of the secession aesthetics felt in these works will later determine the emergence of a new figurative and formal-stylistic language in Zaretskyi’s works.


Visits the Far East and Sakhalin, reflecting his impressions in numerous drawings.


Marries to Serhii Hryhoriev’s daughter, Maia. The family moves out of the city, settling in Koncha-Ozerna. The artist works hard and teaches drawing and painting at his own private school.

He goes on a business trip to a border guard town near the city of Rakhiv in Western Ukraine.


Donates six of his paintings to the Krasnodar Museum of Local History: “Tetiana”, “Cherry Shawl”, “Winter in the Village”, “Evening”, “Carnival”, “Spring”.


Dies on August 23 in Koncha-Ozerna near Kyiv. 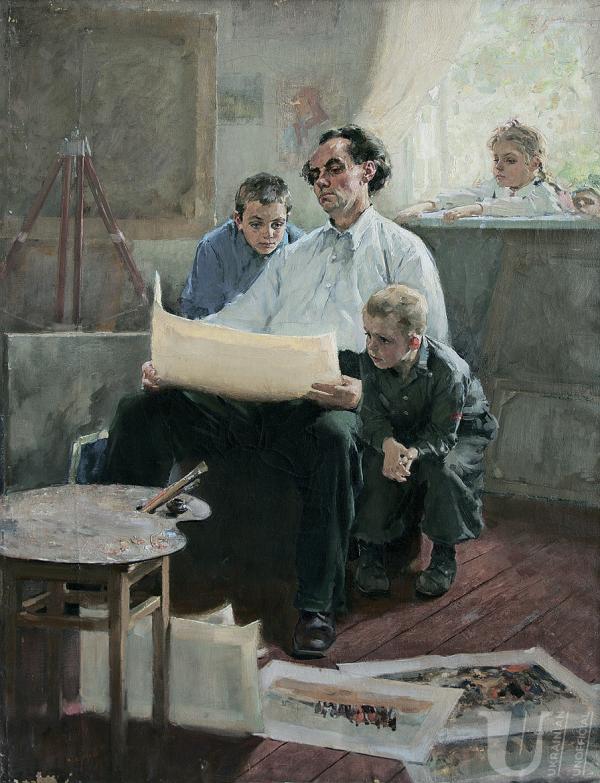 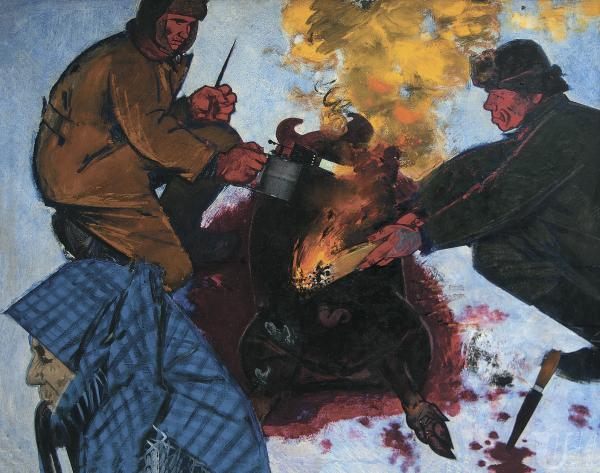 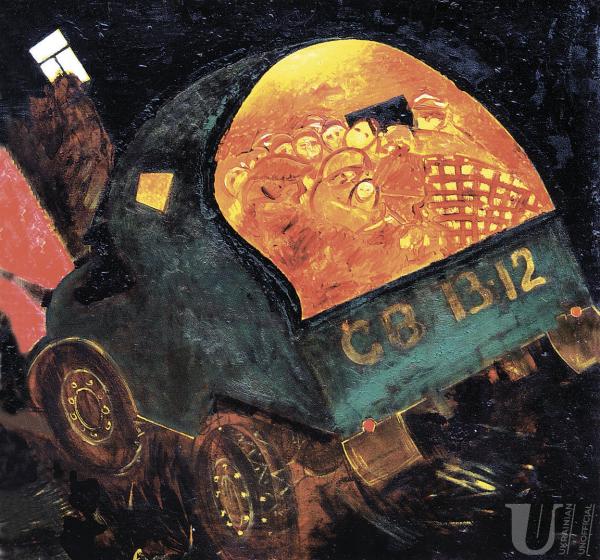 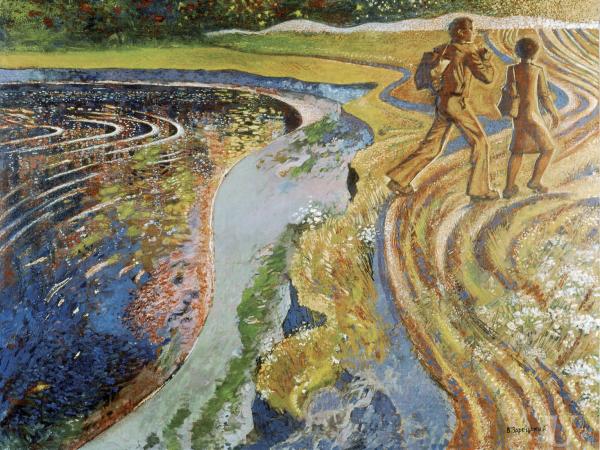 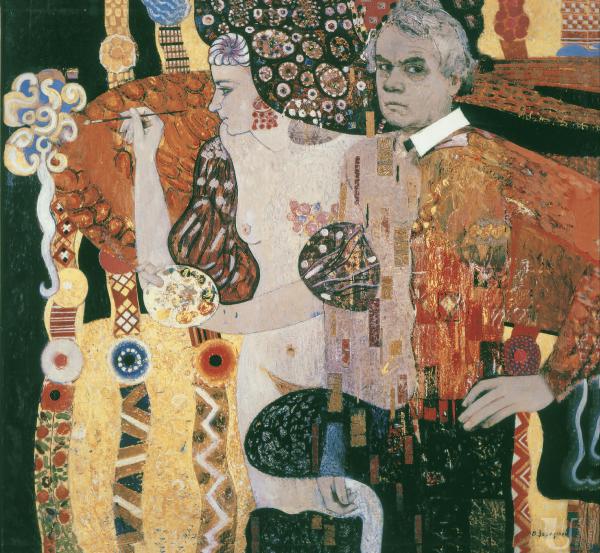 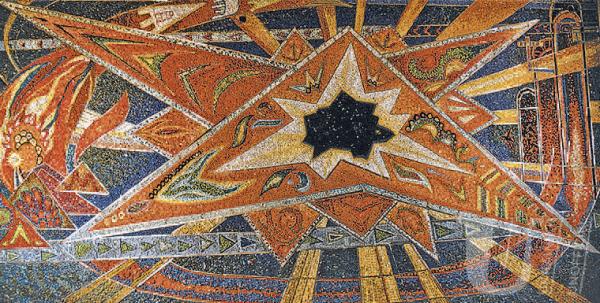 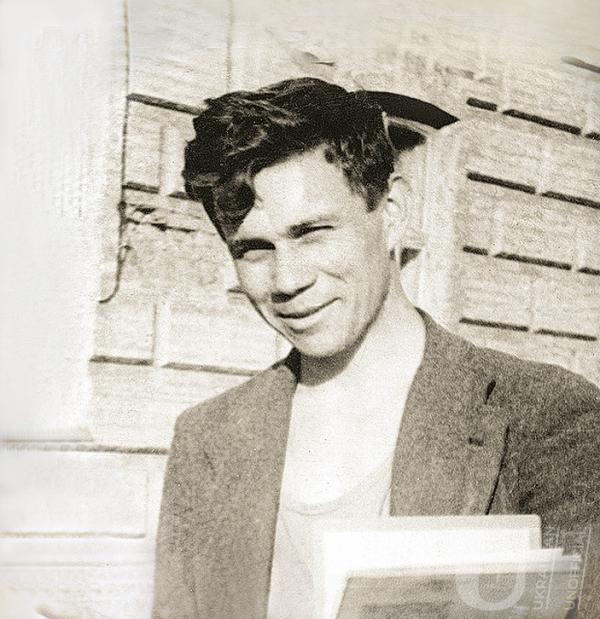 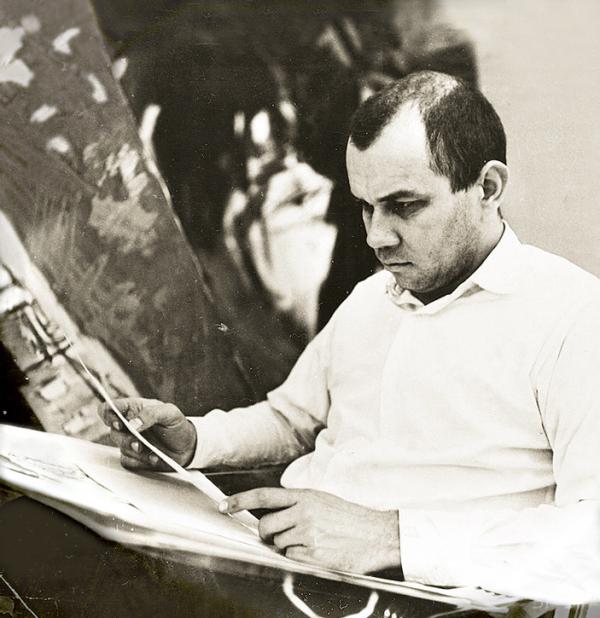 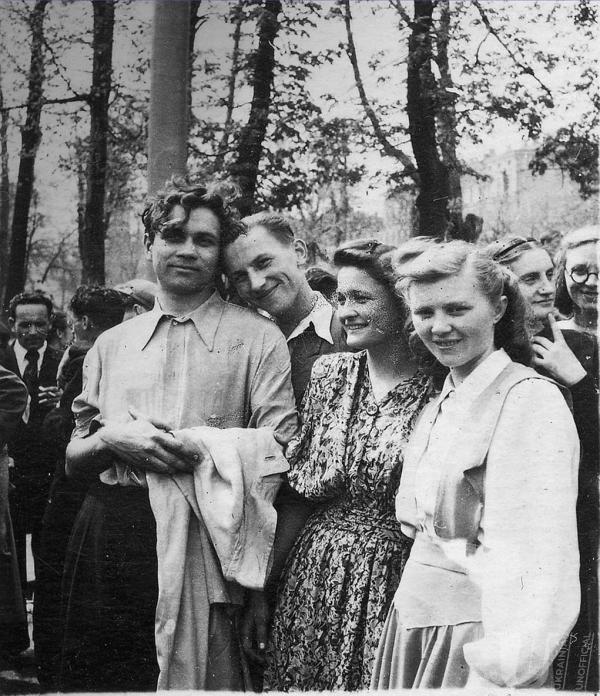