Born on 20 February in Druzhkivka, Donetsk Oblast. His father was a tractor driver, and mother was a primary teacher in a local school. Mykhailo faced difficult challenges during the war. In 1941 his father was killed on the frontline, in 1942 his mother died after being evacuated. He lived with his grandmother and aunt together with his older brother; however, soon they were sent away to the Kyiv orphanage for gifted children.


The last person he was close with, his brother Volodymyr, who has recently finished art school, dies (a few of his paintings are still kept in the family collection). The tragic theme of a lost family will haunt Vainshtein until the end of his life, manifesting itself in works like Brothers. 1941 (1967), Father. 1941 (1973), It Was the First Year of the War (Grandmother. 1941) (1979).


Studies at the Kyiv Taras Shevchenko State Art School, after which he makes an attempt to enter the Surikov Art Institute in Moscow, but he gets rejected. After returning from Moscow, for about a year he works as a designer at the Karl Marx Kyiv Confectionery Factory.


Studies at the Kyiv State Art Institute (workshop of Mykhailo Khmelko). Vainshtein works on his diploma work for several years, making many sketches, drawings, and studies of nature. The subjects of the latter were residents of Velykyi Pereviz village in Poltava Oblast, which Mykhailo together with other students and teacher Valentyna Vyrodova first visited in the summer of 1961, and came back to see the picturesque place many times since then.


The picture Welcome is demonstrated at an exhibition of diploma works, sketches, studies, and best works by students of the Kyiv State Art Institute, at the Eleventh All-Union Exhibition of Diploma Works of Students of the USSR (Moscow). Since then, Vainshtein's works have been exhibited at many Republican and All-Union exhibitions.

He meets his future wife Nina Shostak, a student of the Department of History and Theory of Art of the Kyiv State Art Institute.

With the assistance of Serhiy Hryhoryev, he given a room in the house at the corner of Saksahanskoho and Chervonoarmiiska (now Velyka Vasylkivska) streets. The artist's first workshop was located on the Vasylkivska Street, where he worked with Oleksii Oriabynskyi.


He continues to improve his artistic skills in the Creative Workshops of the USSR Academy of Arts, located in Kyiv on Soshenko Street, under the mentorship of Serhiy Hryhoryev. This period was especially fruitful for the young painter: he made numerous portraits and still lifes, the paintings Brothers.1941, Chess, Night duty, Likbez.


Joins the Union of Artists of Ukraine.


He paints the picture The First Ones, depicting the 1920s Komsomol. Subsequently, the canvas was lost, and in 1980, the artist created a variant of this work. Turning to historical and revolutionary themes, the artist not only stands by his creative principles but also finds a special stylized manner which is embodied in his later paintings: Concrete of the First Five-Year Plan (1969) and Day One (1980). The family settles on Bekhterevskyi Lane. A son Volodymyr is born, who inspired the artist to create a painting and a sculpture dedicated to motherhood; both are called Waiting.


Due to his active creative position and exceptional ability to work, Vainshtein had an undeniable authority among his contemporaries, holding one of the leading places in Kyiv art at the time. Well-known culturologist Roman Korohodskyi later wrote about the circle of "friends of Mykhailo Vainshtein" which included those artists who were interested in the world of human passions, as well as the problems of the image itself, its language, means, style, etc. Vainshtein takes a lot of photos. A recently discovered photo archive of the artist of about 150 films testifies to the remarkable talent of the author. It may be said that these works will take a worthy place in the history of Ukrainian photography.


Paints the picture "3 × 4", which bold composition and emphasized decorativity goes beyond the established stylistic boundaries of his work. In his "cell-photographs", Vainshtein placed portraits of friends, with whom he spent time with in the Senezh Recreation and Creativity House of Artists near Moscow.


Makes the painting Hryhoriy Varsava Skovoroda which will later be exhibited by the National Art Museum of Ukraine.


Receives a workshop on Perspektyvna Street. Daughter Darya is born.


Dies in Kyiv on May 26. Olha Petrova tells that his friends waited for several weeks by the of Zhovtneva (now Oleksandrivska) hospital, trying to raise money for the drugs Mykhailo needed, but he eventually succumbed to the illness he got in the years of his difficult childhood. 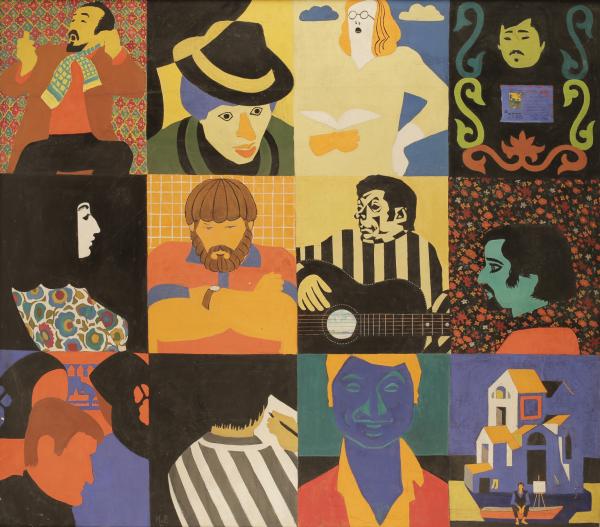 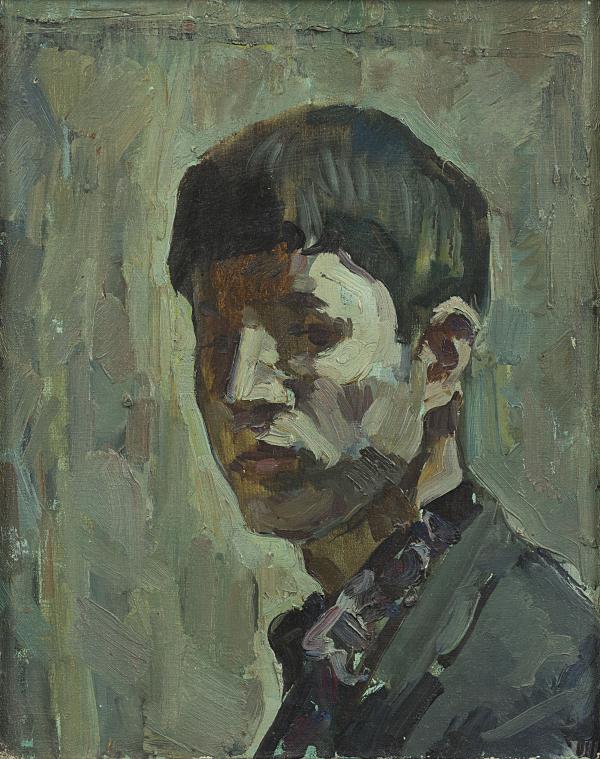 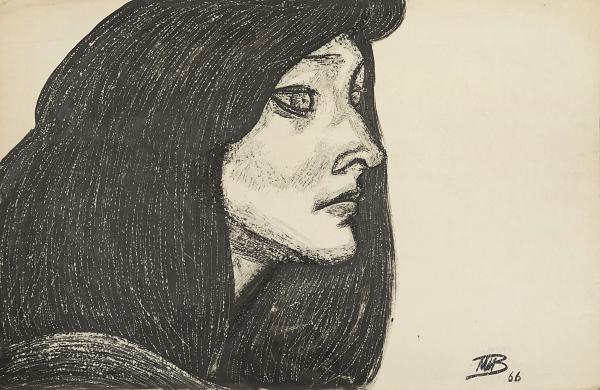 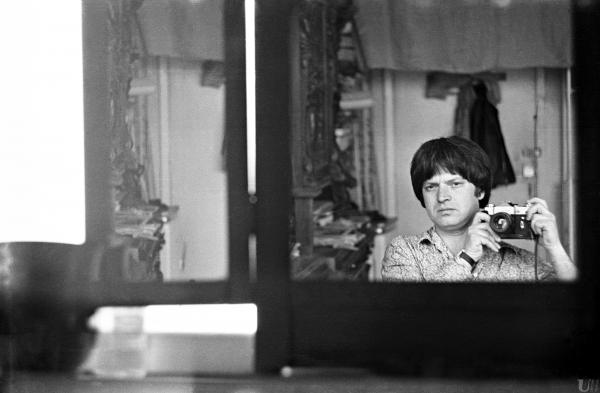 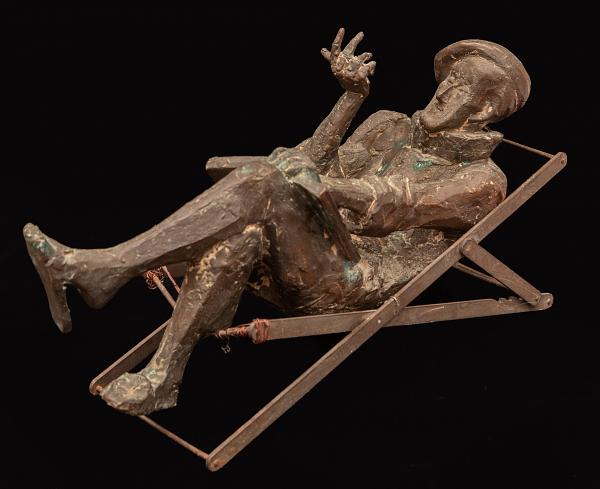 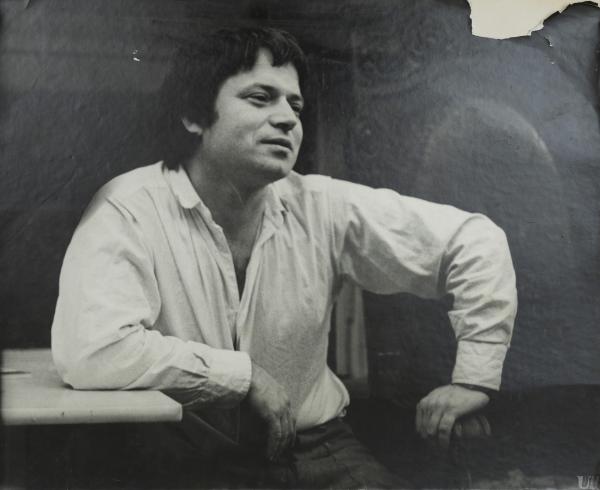 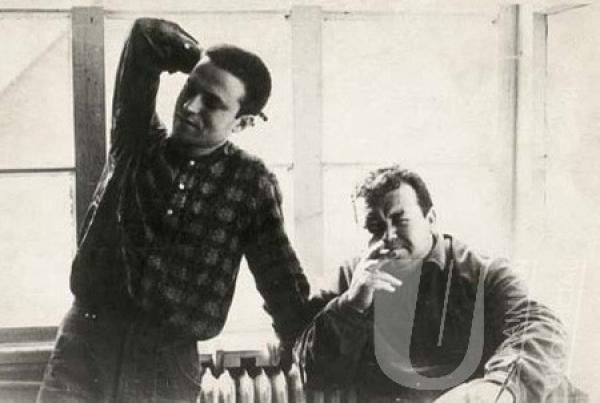 Mykhailo Vainshtein and Ihor Hryhoriev on the veranda of the workshop on Soshenka Street 33. [1967] 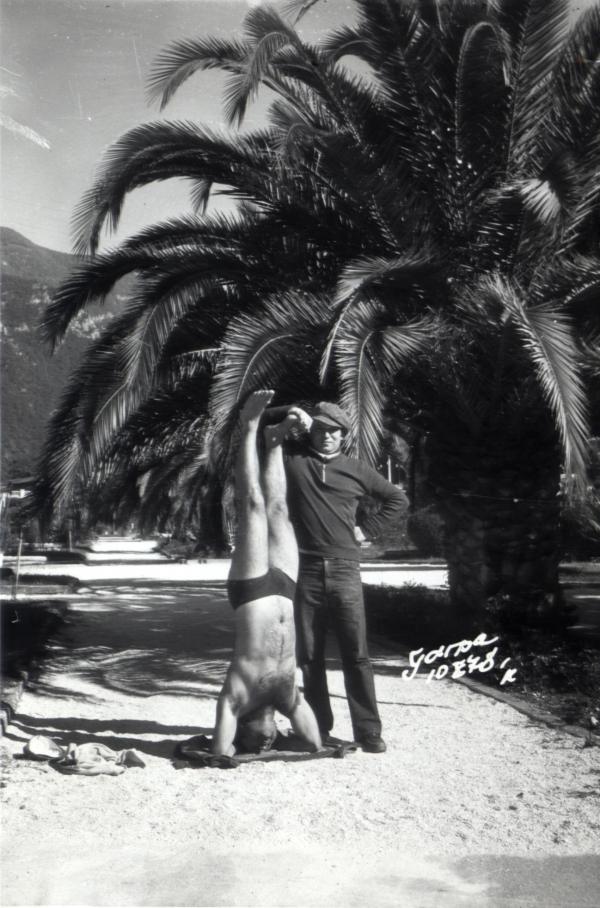 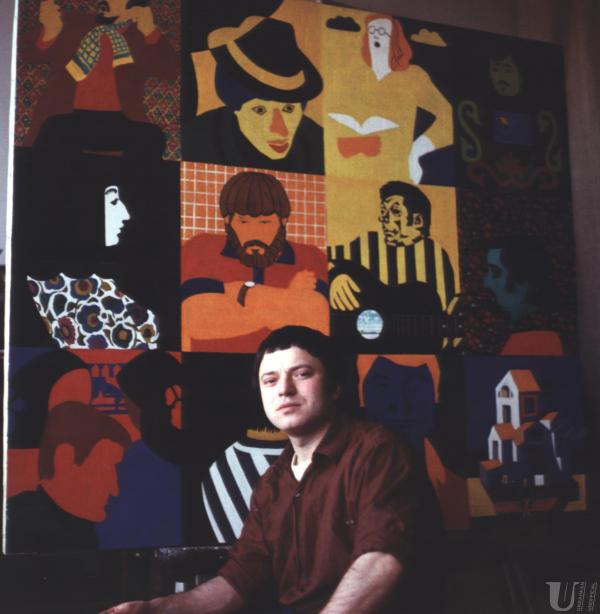