Roman Selskyi was born on May 21 in the Galician city of Sokal (then Austro-Hungary) in the family of lawyer and the translator Julian Selskyi and Julia Selska from the family of Shtokel. Roman is brought up in the spirit of aristocracy: with knowledge of foreign languages, music and basics of fine arts. Aunt Lucinia, artist in a specialty, has a particular influence on the boy. Later, the family moves to Lviv.


During his school years, Roman became friends with Professor Leon Dolzhytskyi — a well-known Lviv artist, who guides the young boy’s first painting attempts of 1917–1918, and this friendship influences the choice of specialty to a large degree.

Since 1921, Roman took private consultations from the famous Ukrainian artist Oleksa Novakivskyi, being an informal student at his art school. In parallel, Selskyi studies at the Lviv Art and Industrial School, in a class of Kazimierz Sichulski (1921–1922). Following his teachers, he becomes fascinated by Hutsulshchyna — landscapes and folk art of its inhabitants. Also attends art studio at the Free Academy of Arts. Among the teachers — Stanisław Kaczor-Batowski and Zygmunt Rozwadowski.

In 1922, he joins the Krakow Academy of Arts, the Józef Mehoffer monumentalist workshop, but in two years transfers to a class of Professor Józef Pankiewicz, who had his training workshop in Paris.

In 1925, Selskyi goes to Paris, joining the avant-garde group “Committee of Paris.” It included Lvivites — Pankevych’s students — who sought to bring Paris culture to the native land. Selskyi is also introduced to the group of Ukrainian artists of Paris: Mykola Hlushchenko, Oleksiy Hryshchenko, and Vasyl Khmeliuk.

In Paris he meets Margit Reich, with which he was friendly since the time of study at the Free Academy. Thanks to her he gets familiar with Fernand Léger and studies at the Académie Ozenfant. In 1926, Roman Selskyi and Margit Reich get married. Returning to Lviv in 1926, Selskyi with like-minded people establishes an avant-garde group “Artes,” and at their first Lviv exhibitions he presents his paintings and graphic works in the style of neoplasticism and surrealism: “Lying Act” (1932), “Still life With a Jug” (1926), “On the Coast. Hel” (1932), “Quayside. Hel” (1931).

In 1931–1939, he takes an active part in the exhibitions of the Association of Independent Ukrainian Artists, organizes the publication of albums about “Ukrainian Parisians”: O. Hryshchenko, M. Hlushchenko, V. Lasovsky and M. Andrienko-Nechytailo.

In 1947, Selskyi launches pedagogical activities at the Lviv State Institute of Applied and Decorative Art, under the condition of using a realistic approach (will work there until 1974). Since then, he organizes in his apartment private conversations on art (“Salons of Selskyi”) with friends of pre-war artistic generation: Omelian Lyshchynskyi, Roman Turyn, Vitold Manastyrskyi. Later, his trusted students — Karlo Zvirynskyi and Volodymyr Patyk join them.


At the end of the 1950s the artist returns to the style of École de Paris. Post-impressionistic interiors of 1957–1958 are reminiscent of the works of his idol, Pierre Bonnard (“Warm Ray,” “Highlands. Toporne,” “Dzembronia,” “Window and Edge of Bed”).

Since 1959, he spends all his out of town leisure time with his wife in the Carpathians (the village of Dzembronia), and summer vacations — in Crimea (Hurzuf, Yalta).

In the first half of the 1960s, a new original style of the artist is formed; it is based on a generalized form of objects and a permanent search for color harmony (“Sleep on the Beach,” “Stylized Smotrych,” “Marine Landscape”). Thus, among the Crimean compositions one can single out typological motifs: fishing nets (“Nets”), beach scenes (“On the Beach”), city panoramas of the Crimean coast (“Sea and Beach,” “The Town Among the Rocks. Uiutne,” “Walls of the Fortress Akerman.” Among the works of Carpathian themes — ethnographic still lifes, genre scenes with Hutsuls, motifs of typical local fences, panoramas of the mountains, forest thickness, stumps, animal scenes (“Dzembronia Still Life,” “Hutsul Wall Décor,” “Forest,” “Landscape with a Red Roof,” “Hay Gathering,“ “Stakewall in the Yard.”

The second half of the 1960s is marked with a change in the style toward plane generalization, like in the pictures by Fernand Lége. Thus, the compositions become a kind of sketches for monumental paintings. An emphasis is given to exercises with various rhythms, limited color schemes: “Blue View from the Window” (1959), “Dzembronia Abstraction” (1960s), “Crimean Village” (1960s), “Composition with a White Rooster” (1967), “Still Life” (1967), “Composition with Blue Roots” (1966), “Composition. Forest” (1968), “Web” (1967), “Still Life with Fish” (1967). At the same time, he develops a “special composition” course for students of ceramic and monumental departments; also experiments with appliques and monotypes, designs plane composition in the technique of enamel painting on ceramics.

In the autumn of 1975, Selskyi holds a large personal exhibition in the halls of the Lviv National Art Gallery, which is perceived as a public debut of a long-recognized master.

In the second half of the 1970s, a dark structuring contour and dark background (figurative compositions, night and evening landscapes) appear in his paintings. Among the plots are the nude and landscapes with birds. At this time, a special “iconography” of Selskyi is revealed: with idealized clouds, windfalls, stumps, larks and cocks: “Stakewall on the Background of Chornohora” (1975), “In the Dark Forest” (1976), “Black Outskirts of a Forest” (1970s), “The Village of Stepanske” (1976), “Fir Trees and Stones” (1970s).

The late 1980s are marked with quiet pleasure from the harmony of beauty. The latest lifetime personal exhibition in May 1983 is perceived as a manifesto of “creative joy.” In these years, along with his second wife, Agnesa Bachynska, the artist systematizes his creative works, classifies sketches and paintings.


February 3 — Selskyi dies in Lviv; buried in field No. 33 of Lychakiv cemetery — along with Margit Selska. 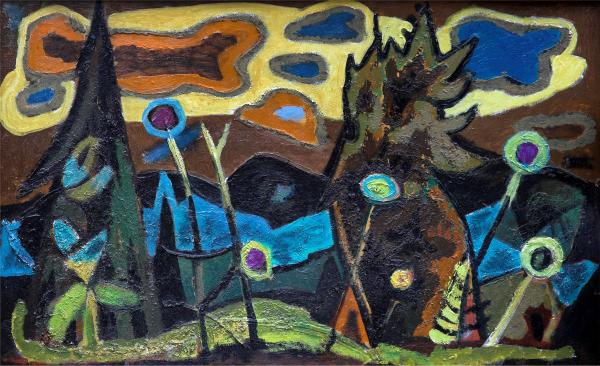 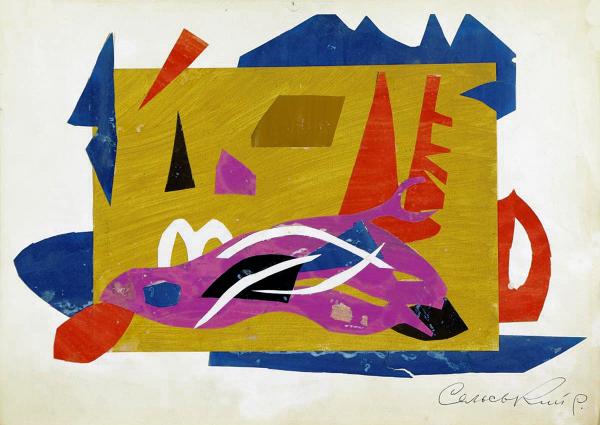 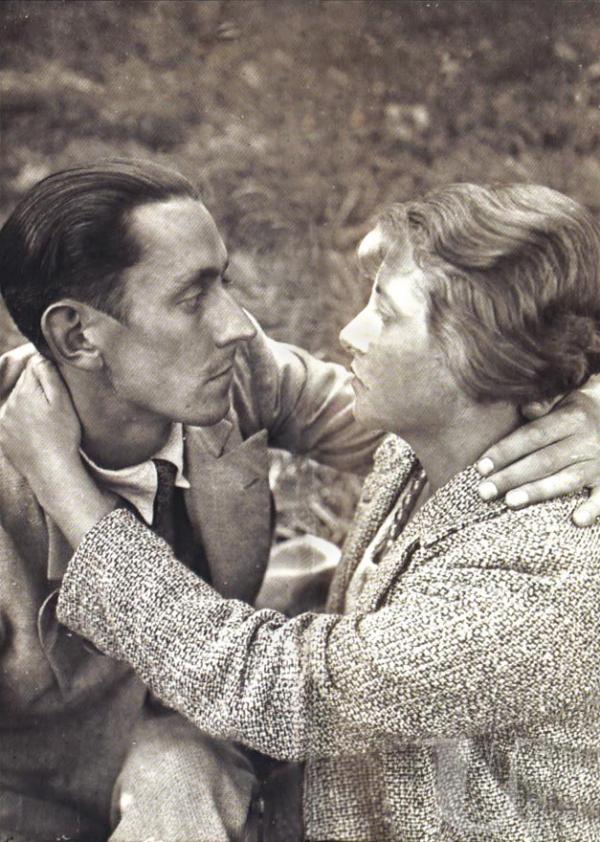 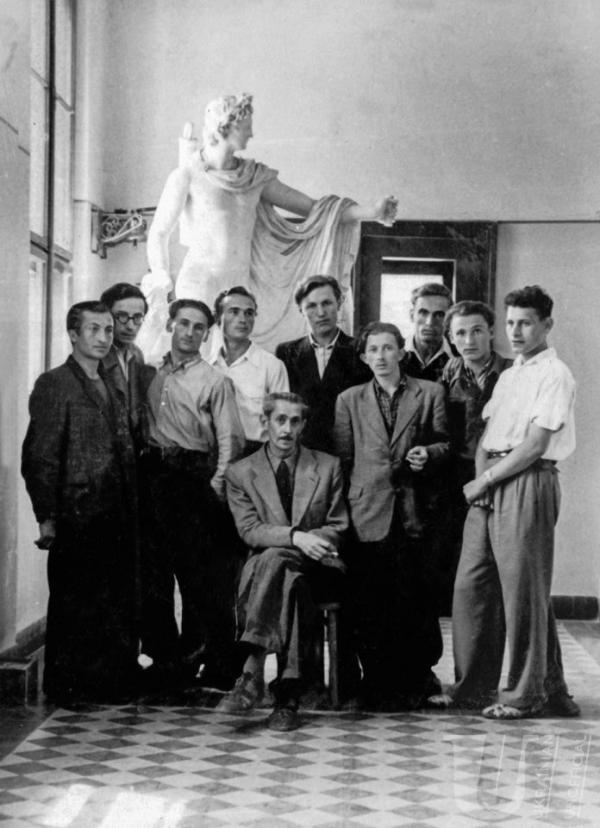 A group of students from the Lviv State Institute of Applied and Decorative Art. 1947 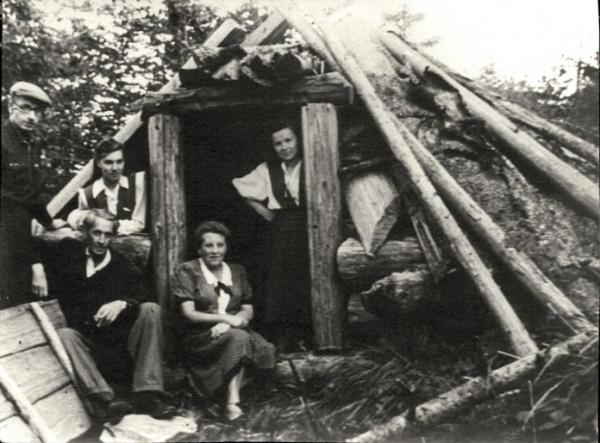 In the Carpathians. From left to right in the foreground: Karlo Zvirynskyi, Roman Selskiy, Margit Selska. Late 1950s 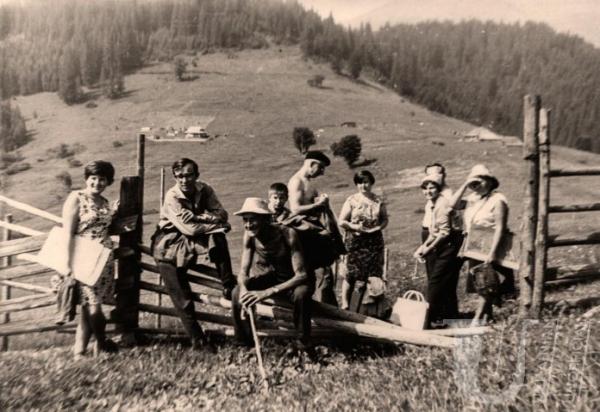