Margit Reich was born on June 26 in Kolomyia (then Austria-Hungary), in the family of engineer Isaac Reich.


In 1918, Margit enters the private Free Academy of Arts in Lviv, where she studies for two years under the guidance of Feliks Wygrzywalski. In 1919, she visits Paris with her father. In 1920, she meets Roman Selskyi.


Margit studies at the Kraków Academy of Arts in the class of Wojciech Weiss. She spends her vacations in Paris, after which she does not return to Kraków, but instead enters the Vienna Academy of Arts, where she studies for two years (1922–1923).

In 1924, Margit comes to Paris. She copies Millet at the Louvre, attends modernist exhibitions; she is also fascinated by Eisenstein’s cinema and contemporary photography. Margit immediately begins to visit the Académie Moderne of Fernand Léger, who gathers around himself the luminaries of world modernism — Amédée Ozenfant, Le Corbusier, Pete Mondrian, Sonia Delaunay, Aleksandra Ekster. She takes a lot from Millet’s theory of “reviving art by an object” and demonstrates significant individual progress in learning.

In 1926, she exhibits her works with great success at the Salon des Indépendants in Paris. They demonstrate the plastic experience of contemporary art — Léger’s mechanical works, Archipenko’s Cubo-Futurism, Picasso’s Neoclassicism, De Chirico’s reverse perspective (“Self-Portrait”, “Flowers and a Bottle”). The following year she makes her debut with a solo exhibition in Lviv, after which she goes on a trip to Corsica, and later to Nice.


In the spring of 1929 Margit Selska returns to Lviv. Together with like-minded people in Paris, she creates the art group “Artes” and takes part in their exhibitions (1929–1935). In 1931, she joins the Association of Independent Ukrainian Artists, and, since 1932, she becomes a member of the avant-garde group “New Generation” (until 1935) and the Lviv Trade Union of Plastic Artists (until 1939).

Among the works of the early 1930s — surreal compositions, purist portraits, pacifist photo collages and post-impressionist landscapes in the style of École de Paris (“Carousel,” “Female Portrait,” “We do not Want War,” “Hel,” “Woman and Flowers”).

In 1931 she marries Roman Selskyi, and the following year the couple visits coastal towns in France, where lots of surreal landscapes and mood sketches appear.

In 1937, she and her husband last leave for Paris.


In 1940, she is forced to return to the artistic life of Lviv, where she joins the Union of Artists of the USSR.

In 1942, after the arrival of the Germans, Margit is arrested and sent to the Janów concentration camp, from which she escapes with a false passport, travels to Warsaw via Kraków and Tarnów, and in 1943 returns to Lviv.


In her compositions of those years she tries to embody the themes of the Soviet village, the industrial city, the life of the workers, but fails to please the socialist realism. Eventually, she creates in the style of the free manner of École de Paris: “On the Outskirts of Lviv,” “Conceived” (1940s), “Construction,” “Patients of the Filatov Clinic” (1950s).


She often travels with Roman Selskyi to the Carpathian Dzembronia (then called Berestechko) and to the Crimea, where she creates many landscapes and genre scenes, investigating the formal tasks, namely, the formative functions of lines and spots.

In the mid-1960s she paints a series of genre portraits of relatives and friends, using the technique of simultaneous contrast, building the volume of the face and torso not with tone but with local color and contour (“Violinist,” “Portrait of Galia,” “Faith,” “Female Portrait. Roma”).

The second half of the 1960s is marked by experiments with color dominants, with the tactile texture of the painting area, and with mainly in situ compositions and still life’s (“In Front of a Mirror,” “Woman with a Cat,” “Dzembronia,” “Still Life,” “Still Life with Two Jugs,” “In the Forest”).


Combines all previous searches in genre paintings, landscapes, and portraits (“Woman with a Cow,” “At the Raft,” “Picking Apples,” “Composition with a Bird,” “Chemistry”). In 1976–1978, she creates a series of unique textured compositions close to tactile abstraction (“Composition,” “Composition 3”).

In 1978, she holds her first solo exhibition at the Lviv Art Gallery.


Dies on February 3 in Lviv. Buried in field No. 33 of Lychakiv Cemetery. 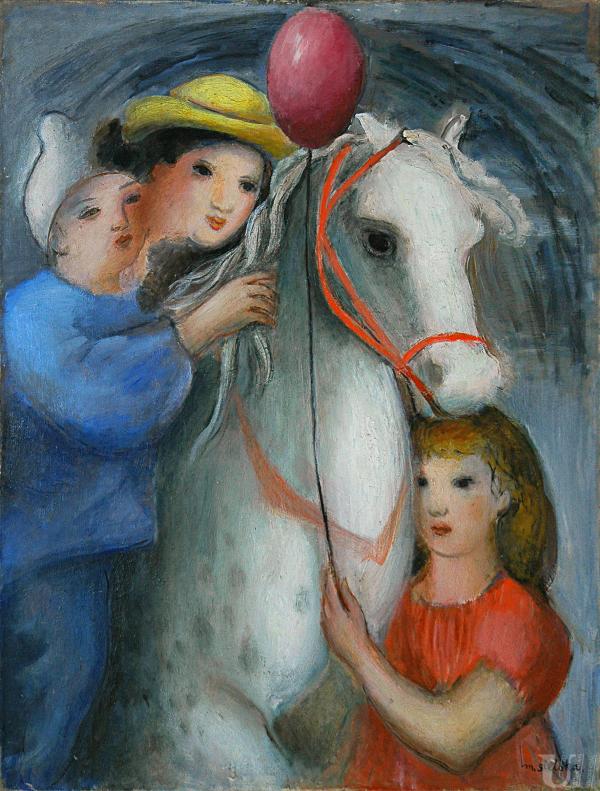 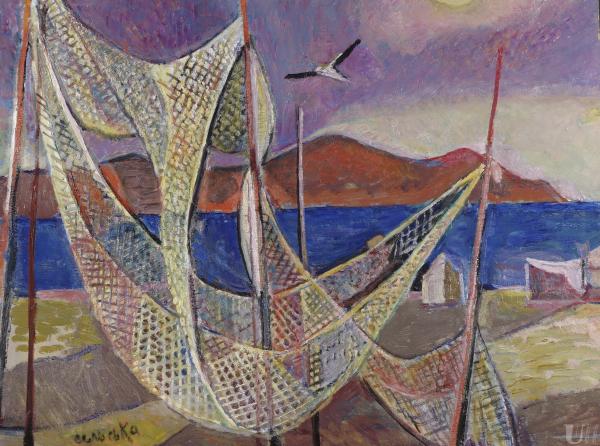 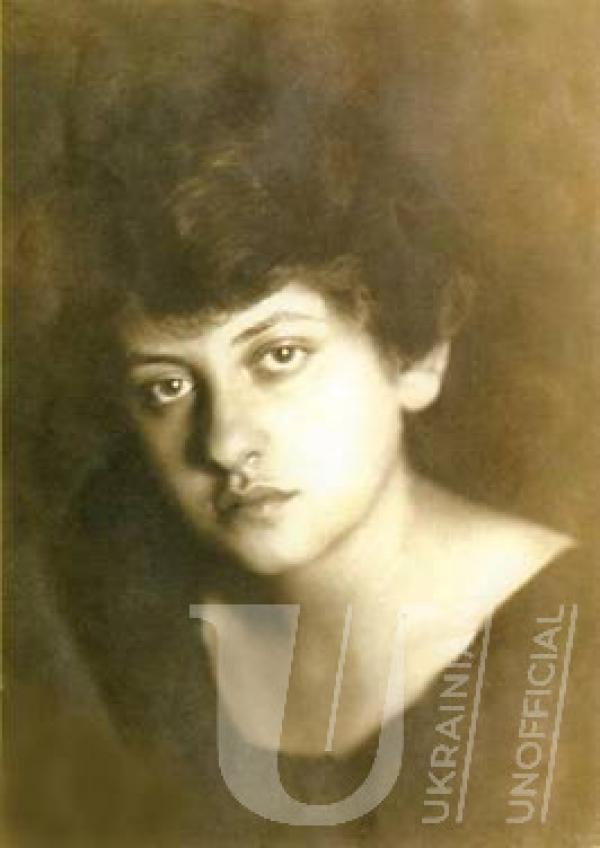 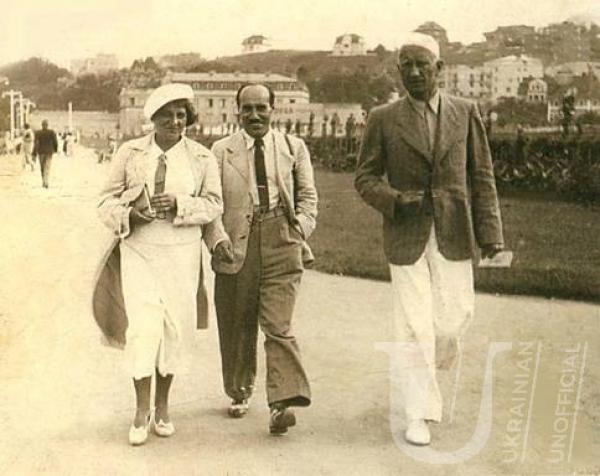 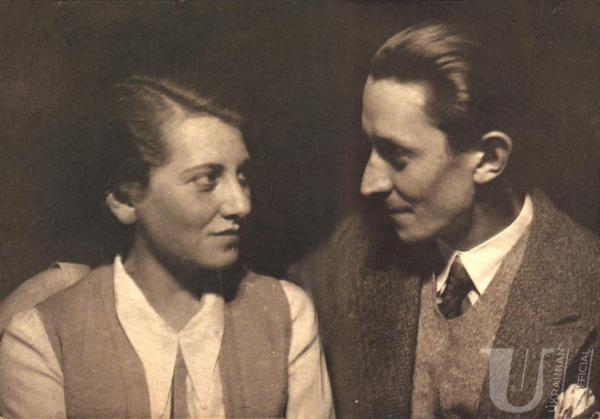 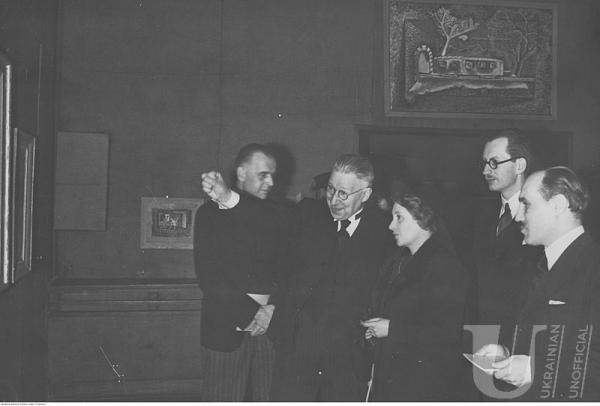 Wojciech Świętosławski (second from the left), accompanied by the artist Margit Selska, is attending an art exhibition. Warsaw, 1939. Source: audiovis.nac.gov.pl