Borys Plaksii was born on August 21 in the town of Smila of the Cherkasy Oblast. At the age of 6 he was hospitalized with a diagnosis of spotted fever. It was the hospital where he started drawing for the first time in his life. His passion lasted throughout his school-years. After finishing school Plaksii moved to Kyiv, where he attended the art studio and mostly made copies of paintings, created by the prominent Old Masters.


After two failed attempts to enter the Kyiv State Art Institute, Plaksii was recruited in the military. He served in the Navy in Kronshtadt.


He studied in the Dnipropetrovsk Art College. Young artist was considerably influenced by his mentor Yakiv Kalashnyk, who was a representative of the Baltic art movement. After three years of studies, Plaksii quit the college and returned to Kyiv.


He studied in the Kyiv State Art Institute in the workshop of Karpo Trokhymenko. Plaksii’s diploma painting was his canvas on the theme of the War “Thirst”. According to some sources, the picture was rejected due to its discrepancies with a historical truth, and the artist was made to create a new painting on the theme of miner’s labor. According to other sources, however, the painting was exposed at the exhibition in Moscow.


Carried away by the poetry, he made friends with Mykola Vorobiov. He kept in contact with painters Liudmyla Semykina, Halyna Sevruk, and Ivan Marchuk, who would later say about Plaksii the following: “In his art studio I realized: we got the gifted and autonomous artist, who is accountable to no one”1.

He took a job with the Kyiv Combine of Monumental and Decorative Art, where he successfully made a number of art commissions. Thus, together with Alla Horska and Viktor Zaretsky, he decorated Kyiv restaurants “Poltava” (“Natalka”, 1967) and “Vitriak” (“The Mill”) (1968).


Together with other 139 public figures in science, literature and arts he signed the letter of protest to the leading authorities of the USSR, which concerned threats of revival of Stalinism across the state.


He finished wall paintings in the Kyiv café “Khreshchatyi Yar”, in which the history of Ukraine from Kievan Rus’ till nowadays was manifested through the portrait images of Taras Shevchenko, Pavlo Tychyna, Maksym Rylskyi, Mykola Bazhan, Mykola Kholodnyi, Stanislav Vyshenskyi, poets of the so-called Kyiv School (Mykola Vorobiov, Viktor Kordun, Mykhailo Hryhoriv) and so on. As decided by the Commission that was composed of the Artists’ Union members and Komsomol and party functionaries, the art piece of about 90 m2 was dismantled in 1971.


Plaksii was not admitted to the Artists’ Union due to his uncompromising stand in regard of the recent story with the wall paintings of “Khreshchatyi Yar”. Meanwhile he lost his job at the Kyiv Combine which was virtually his only source of income. Lacking apartment, studio and commissions, the artist moved to Tyumen, where he worked nearly 7 years in order to make money for a cooperative flat in Kyiv.


He moved back to Kyiv, and resumed his work in the Kyiv Combine of Monumental and Decorative Art. Over the following years he made commissions to design the Kyiv Academic Youth Theatre (which at that time operated in the building of the Culture House “Metrobud”), factories, training institutions, kindergartens and so on.


He attended the exhibition “Moscow-Paris” at the Pushkin State Museum of Fine Arts in Moscow. Among art pieces that most strongly influenced his personality, Plaksii named in the first place the works of Pavel Filonov and Wassily Kandinsky. As he would later recount: “…That was Kandinsky who made me realize, what a powerful emotional magnitude can be expressed through the medium of abstract forms… Yet I was driven towards emotions even earlier, due to their intrinsic sense of abstractedness. I was wondered whether I could cause in people complicated emotional and aesthetic experiences, which are not related to the narrative plot of interpretation of the artistic image. With time I abandoned namings…”2

He made one more attempt to enter the Artists’ Union. On this time, the reason hindering him from being admitted was the letter of protest which he signed 14 years ago. By refusing to withdraw his signature, he deprived himself of the opportunity not only to work in his own studio, but also to expose his works at the exhibitions.


He illustrated a poetry book of Danylo Kulyniak that was published in the publishing house “Radianskyi Pysmennyk” (“Soviet Writer”). Later Kulyniak published several articles about Plaksii (in “Evening Kyiv” newspaper and “Ukraine” magazine), that broke the silence over the artist in disfavor.


During 8 months he worked over the big monumental-decorative composition for the Chernihiv Regional Literary-Memorial Museum of Mykhailo Kotsiubinskyi. The art piece based on Kotsiubinsky’s writings was made in the technique of wood carving.


In the Institute of Physics of the National Academy of Sciences of Ukraine the artist’s first personal exhibition took place.


The artist’s first personal exhibition, that took place outside Ukraine, was opened in the gallery of the Ukrainian Canadian Art Foundation in Toronto.


In his last years, the artist lived a solitary life (especially after the death of his wife) and worked a lot. Each and every visitor of his studio flat on Obolon was amazed with the amount of pictures that filled its space. On December 19 Borys Plaksii died in Kyiv. 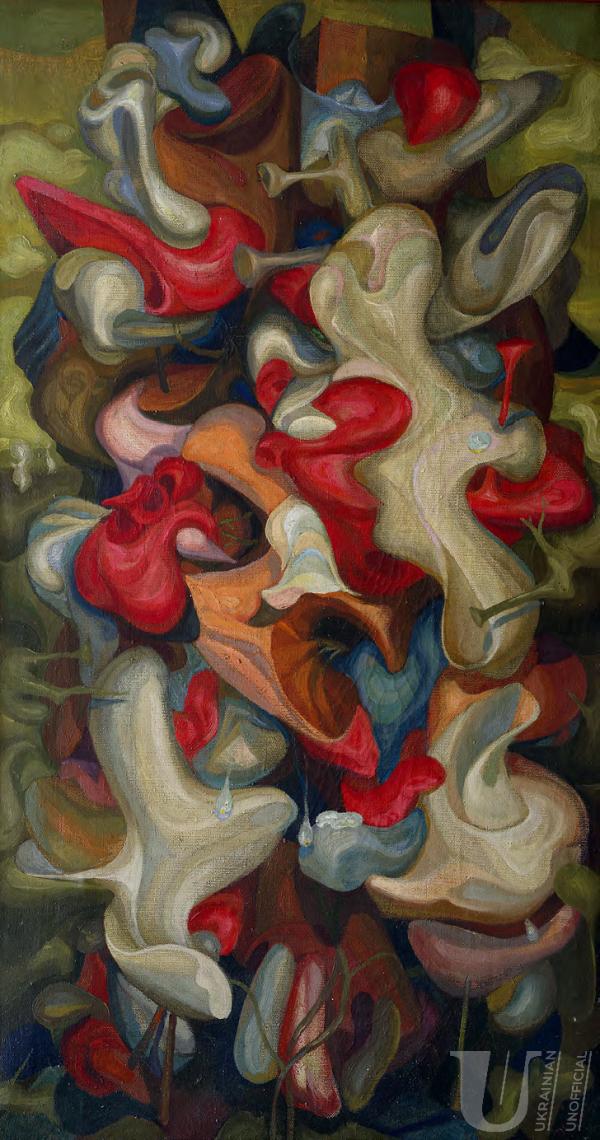 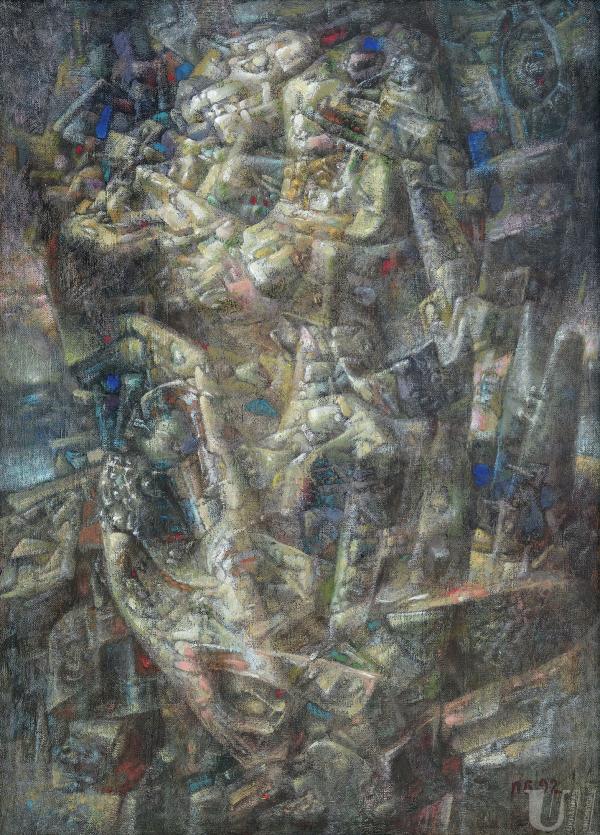 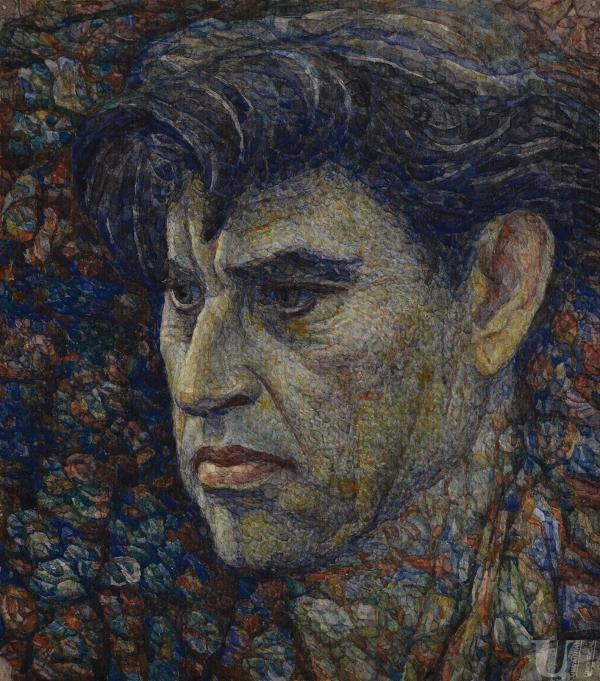 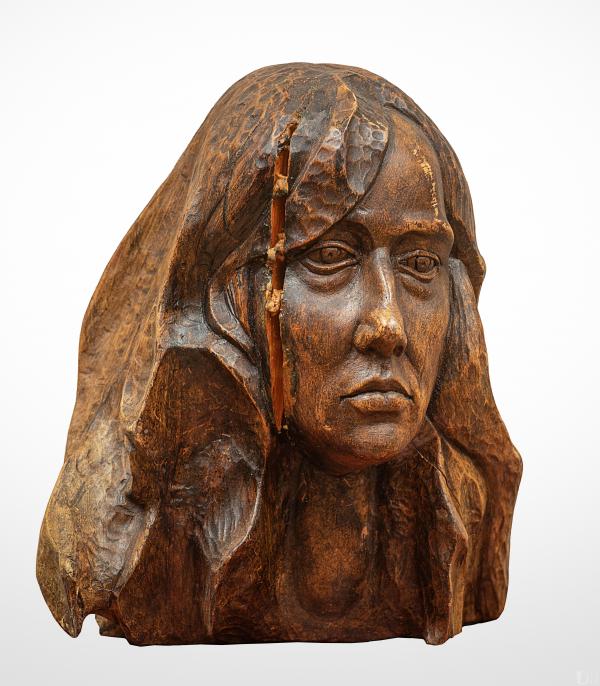 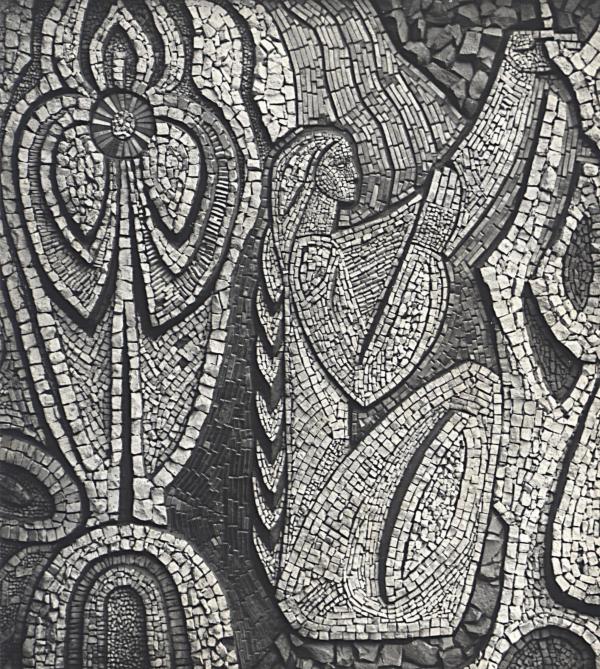 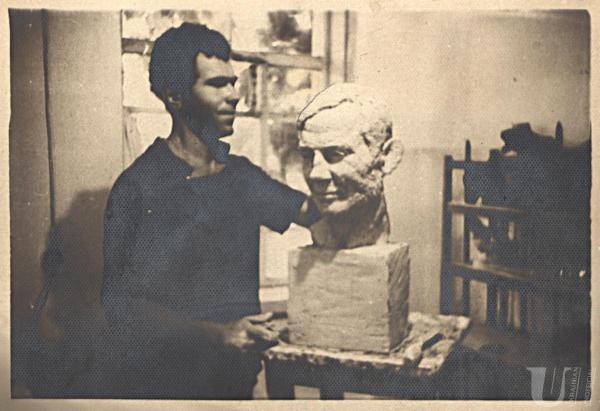 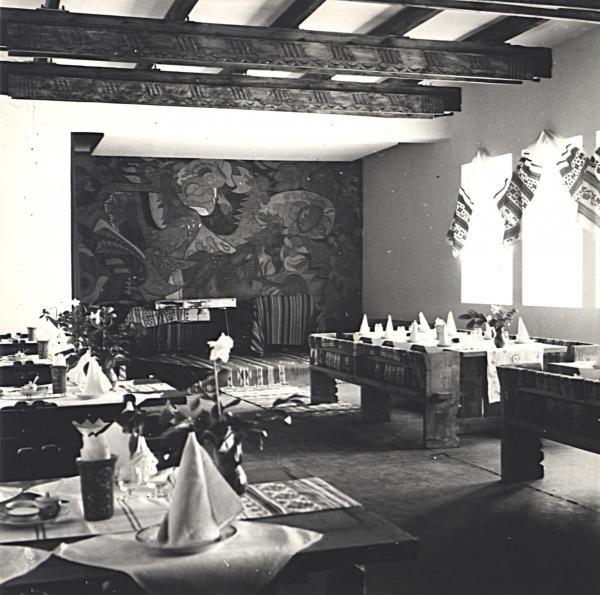 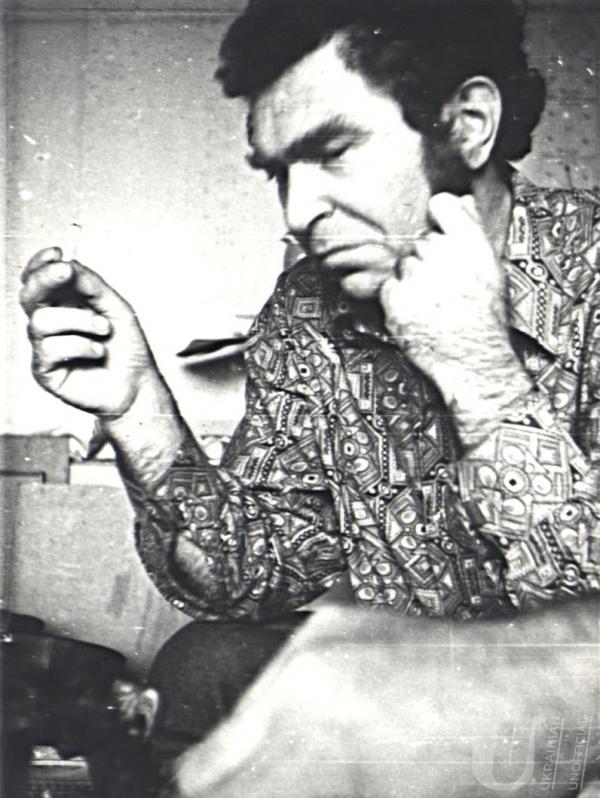 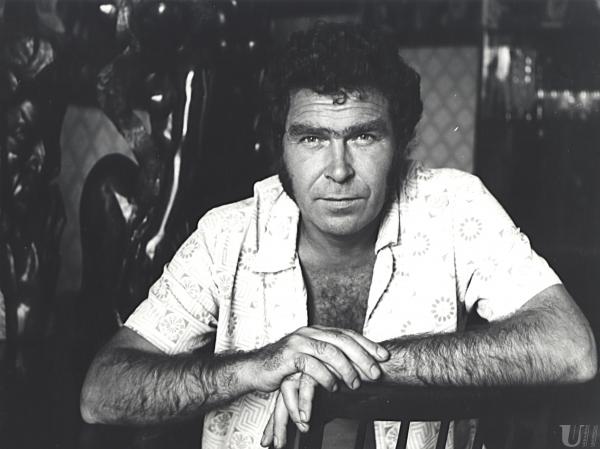 Borys Plaksii in his apartment in Obolon neighborhood, Kyiv [1980]