Roman Petruk was born on October 171 in the village of Rudnyky in Pokuttia (Ivano-Frankivsk region).


He received his art education at the Department of Ceramics of the Lviv State Institute of Applied and Decorative Arts. Among the teachers are Roman Selskyi, Karlo Zvirynskyii, Mykhailo Kurylych. Since 1962 he has been attending the underground academy of Karlo Zvirynskyi, where he was brought by a friend, Bohdan Soika.

Roman Petruk is almost the only student of Karlo Zvirynskyi who systematically embodies the archetype of ancient Ukrainian art through modern figurative solutions. In Roman Petruk’s experiments one can find many interpretations and reflections on the phenomena of the world avant-garde. Among the iconic works of the early 1960s there are examples of wooden (“The Horsewoman,” “Table,” 1962) and stone “chopped plastic” (“Sitting” series, 1961–1962); they clearly demonstrate the artist’s comprehension of the folk primitive.

Since 1967 he has been working as an artist at the monumental workshop of the Lviv Art and Production Plant.


Ceramic sculptures and graphic series of the 1970s are figurative compositions of the “existential direction,” where the artist actualizes the themes of loneliness (ceramic compositions “Prayer,” “Ark,” “Table”), and the spiritual confrontation of the individual to the crowd (graphic series “Road,” “In the Dump”).


From the mid-1980s he created mainly in the technique of painting on raw enamels, among the legacy of those years — ceramic vases and tiles with mythological and folk scenes (“Dance,” “Foresters,” “Nativity Scene”).

In 1988, he became a member of the Union of Artists of Ukraine.


Until the early 1990s, R. Petruk’s work existed outside the exhibition context — the artist stayed away from artistic circles and did not need state and public recognition.

In 1992, he took part in a competition for the construction of a memorial to the victims of the Jewish ghetto in Lviv; his project was approved, but it was not to be implemented (“Mourners” series). Among the works of the mid-1990s are conceptual compositions of tempered glass and metal (“Sitting,” “Composition,” “Clock”). In the late 1990s, Roman Petruk returned to naive forms in wooden sculpture, paraphrasing ritual objects and primitive toys. The author concentrates on the beauty of “pristine” material (raw wood with random defects), which in its nature contains a wide range of means of formal expression (“She,” “Sitting,” “Phaeton,” “King”).


Realizes many chamber ideas (a series of grotesque sculptures of small form “Nativity Scene,” 2005–2010), creates many monumental sculptures (“The One Who is Coming,” 2008, “Mamai,” 2008, “See,” 2005, and others). Some examples of Petruk’s landscape sculpture are recognized masterpieces of modern monumental art — the sculptural group “Evangelists” (chapel “Living Source,” Truskavets, 2009), the composition “The Virgin and Child” (Art and Memorial Museum of Oleksa Novakivskyi, Lviv, 2010), monuments on the graves of Yevhen Lysyk (1993) and Yurko Boiko (2019).

The artist lives in Lviv, works in the fields of graphics, ceramics, painting, small wooden sculptures and monumental sculpture. His works adorn international sculpture salons and many state museum collections. 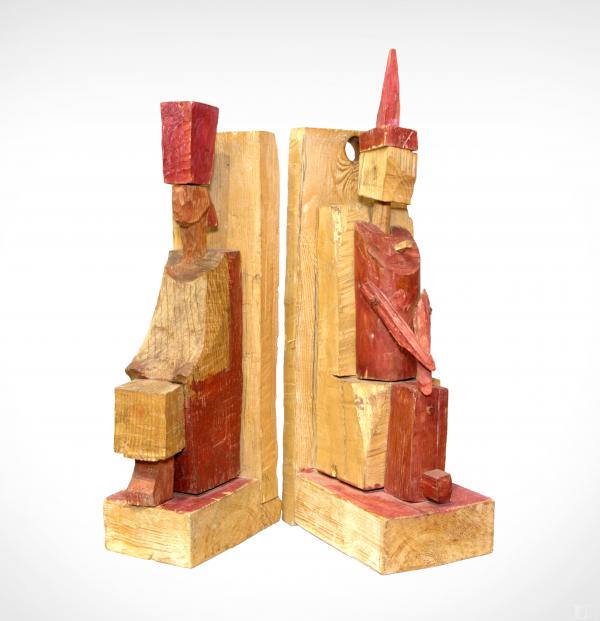 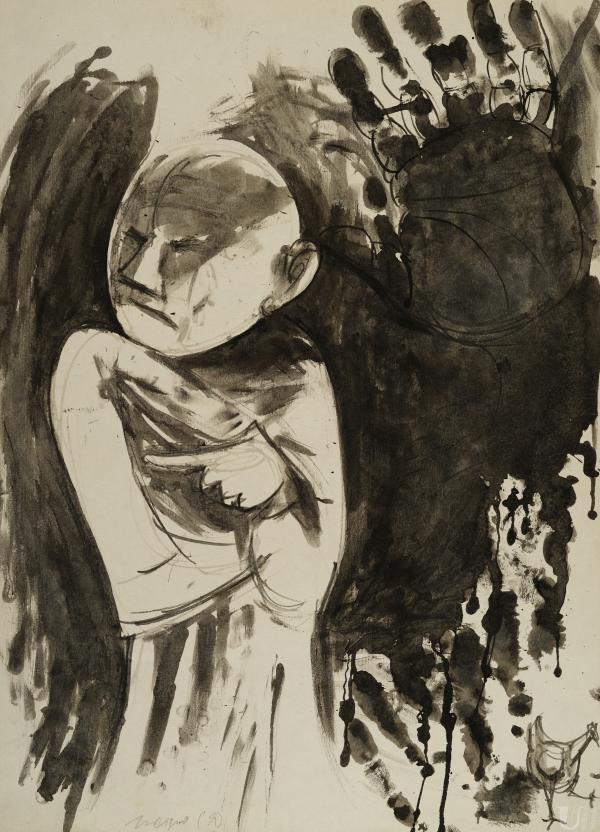 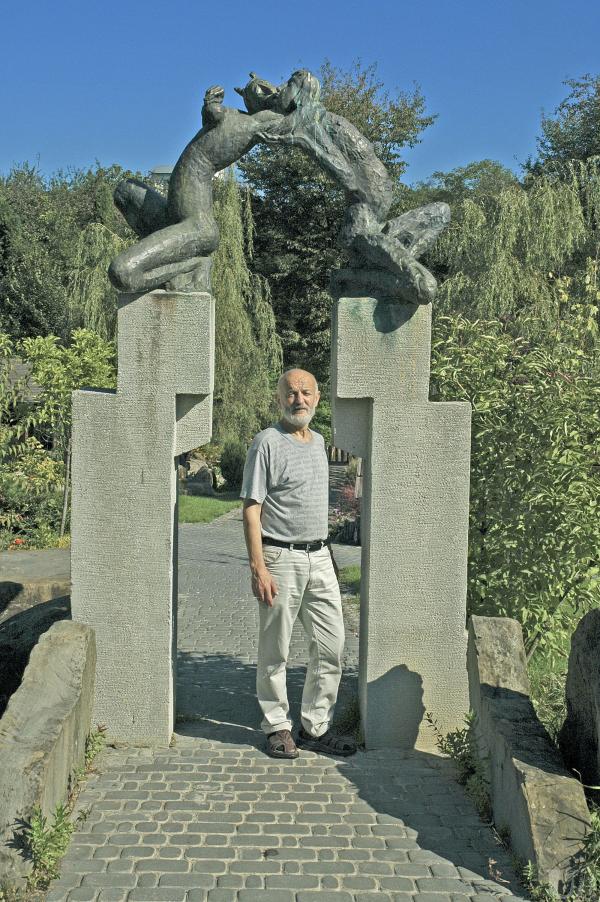 Roman Petruk near the sculptural composition "Chugaister and Mavka" on the territory of the sanatorium "Karpaty" in Truskavets. 1990s 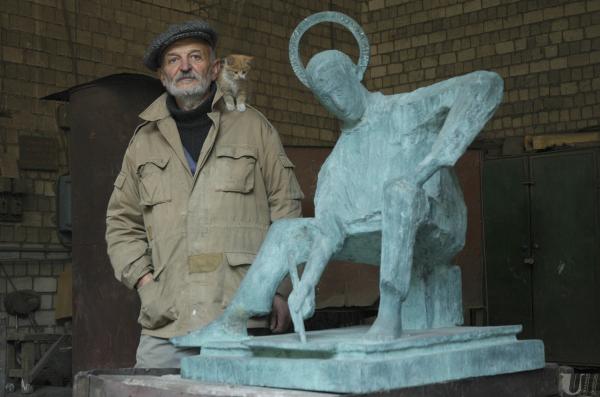 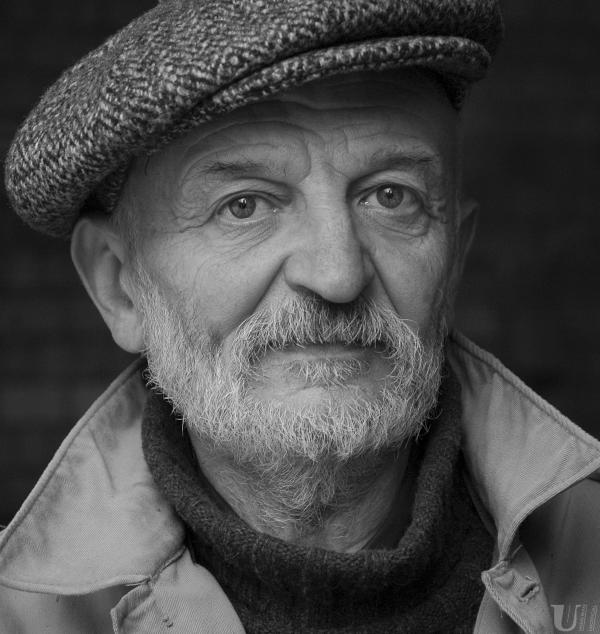 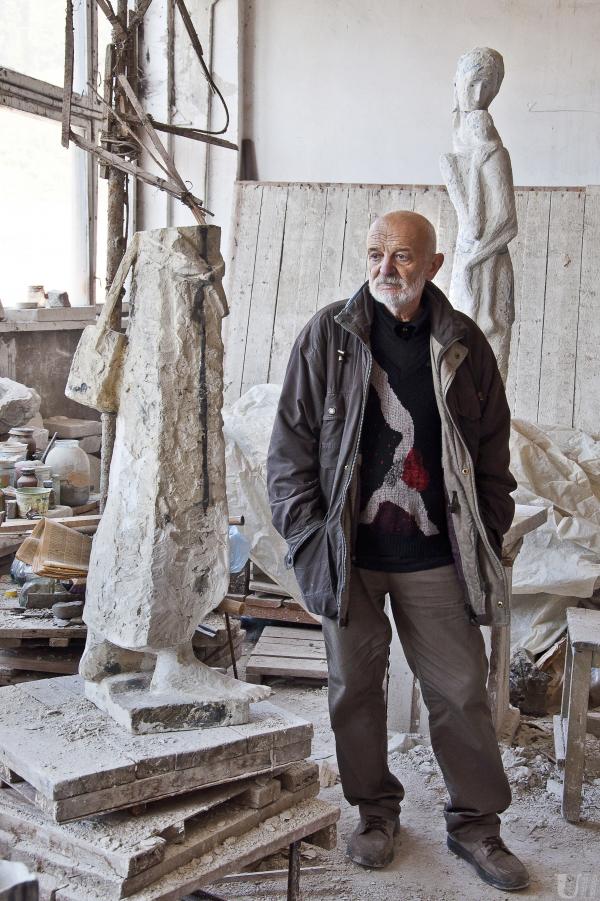 Roman Petruk in the workshop. 2000s