He was born on August 3 in the city of Makiivka, Stalin (now Donetsk) Oblast.


At the beginning of the war the family moved to the village of Nosachiv, Cherkasy region, where Oleh’s father was born. As a child, the artist witnessed events that largely determined his worldview and influenced his creative work: the German occupation, the mobilization of his father, an unexploded aerial bomb in their house, famine. Communication with the godmother, a nun and medicine woman Teklia, who saved his father’s life, left a deep mark in the boy’s soul. In 1944, the family returned to the mining Makiivka. Here Oleh begins to paint: he draws pre-war park sculptures and manors, later creates genre compositions on the theme of Ukrainian epics, and makes sketches of horses. After graduating from school, he studies at the Makiivka Metallurgical College of Electricity.

In 1953, he met his future wife Olha, 6 years later the couple got married. In 1958, he made an unsuccessful attempt to enter the Kyiv State Art Institute.

Oleh Minko’s early works are characterized by mythopoetic language: for example, the artist imagines himself as a bird circling over the idyll of Donetsk’s “steppe paradise,” as in the graphic work “The Field Around Like a Sea…” (1959).


In parallel with his studies at the Institute, he attends the Zvirynskyii underground academy from the first days of its existence and exhibits his works at apartment exhibitions. In the early 1960s, he actively experiments in the avant-garde style, creating dozens of paintings. In the abstract compositions of that period we find planar forms of synthetic cubism: as if shifted perspective plans of the objective environment reveal Picasso’s method of synthesizing the tactile qualities of things. In other works, this phenomenon is transformed through visual forms of folk art: the artist praises the nature of the Donetsk steppe. Sometimes there are floral symbols, silhouettes of household items, images of cuckoos, storks, boats, originating from the author’s dreams; they could also be found in his poetry.

Another type of Minko’s abstract sketches — minimalist compositions on a blue-green background with objects-signs, devoid of gravitational properties. An image of underwater life seems to appear here, just as it happens in the works of Joan Miró. The method of transforming the environment into a sign system was peculiar to the artists of Zvirynskyi’s circle, but in O. Minko’s works it acquires a new meaning: it is a "sign of what is seen," which will continue to appear and change in his paintings.

“Transformation of the archetype” — one of the methods of Zvirynskyii’s school — becomes the next evolutionary step in the art of Oleh Minko. The first attempts were compositions of the early 1960s on the themes of Egyptian and Greek cultures. In 1960–1965, the young Minko family lived at Petro Linynskyi’s apartment. He was a restorer and collector of ancient ceramics. Communication with him prompted the artist to delve into the Ukrainian archetype. Works in this direction resemble fragments of rock reliefs (“White Cave”), plans of Trypillia settlements (“Ceramics”). The master managed to recreate the ancient shape of the Earth, avoiding the banal structures with the sky, without hints of a linear perspective.

In 1962, Oleh Minko’s works appear for the first time at a youth art exhibition in Lviv.


Works as a master at the weaving shop at the Lviv Art and Production Plant, since 1970, he was the manager of the shop.

After the dissident arrests, the period of hermetic culture begins for artists of the Zvirynskyi circle. O. Minko’s figurative types (“faces,” “masks”) and program paintings (“Nostalgia,” “Steppe,” “Scream,” “Keyhole”) reflect the moral position of the artist, which was formed under the influence of the Ukrainian Sixtiers.


A period of prolonged creative silence caused by ideological pressure. The artist was repeatedly summoned to the KGB for “preventive talks” and monitored around the clock.

In 1971–1982, he worked as an artist in the monumental shop of the Lviv Art and Production Plant, fulfilling state orders.

In 1981, on the initiative of Liubomyr Medvid, Minko exhibited his works for the first time after a long silence in the Lviv Art Gallery (“Exhibition of three artists: L. Medvid, O. Minko and Z. Flinta”). Subsequently, the project was successfully presented in Kyiv, Vilnius, and Moscow.

Since 1982 O. Minko was a senior lecturer at the Department of Art Textiles of the Lviv State Institute of Applied and Decorative Arts, since 1989, he was an associate professor, and since 1991, he was the head of the department. In 1987, he was awarded the title of Honored Artist of Ukraine.


The artist significantly expands the range of means of expression of his work, subordinating all previous cycles and themes to a single hierarchy of his original symbols. The works of this period are more monumental, they contain a complex system of signs and, at the same time, have a simplified form of reading. The works of recent years become a kind of reflection on modern world, with a metaphysical combination of realistic landscapes and authorial symbolism. Among the illustrative works — “Battle of the Centaurs” (1997), “Repentance” (1997), “Centaurs in the Steppe” (1998), “Model and Maestro” (2001), “Figures” (2002), “Youth” (2003), “Anxiety” (2003), “Still Life with a Key” (2007), “Still Life with a Clock” (2007), as well as a series of paintings “Lost Civilization” (2010–2013).

In 2009 the master was awarded the title of People’s Artist of Ukraine.


On November 20, Oleh Minko dies in Lviv, shortly after the opening of the anniversary exhibition of his works at the Museum of the Lviv National Academy of Arts. During his creative life, the artist took part in more than 40 exhibition projects in Ukraine and abroad, held 7 solo exhibitions. 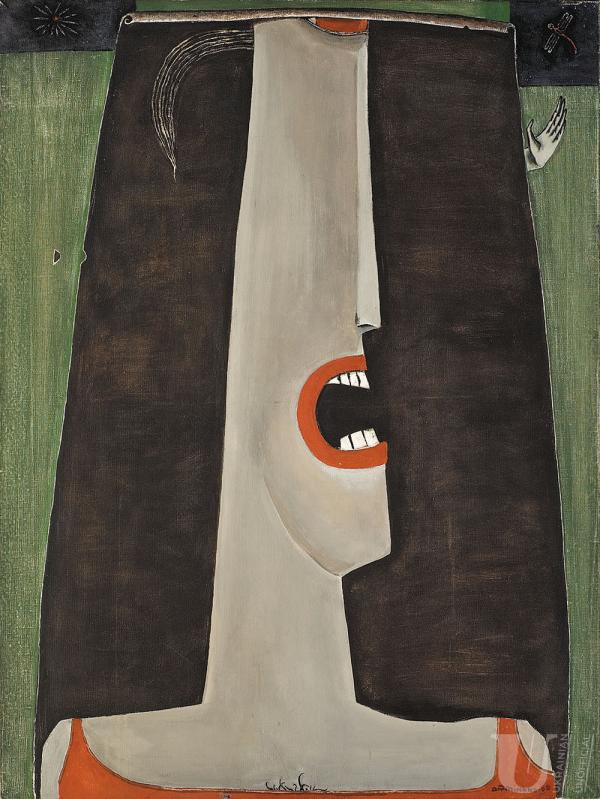 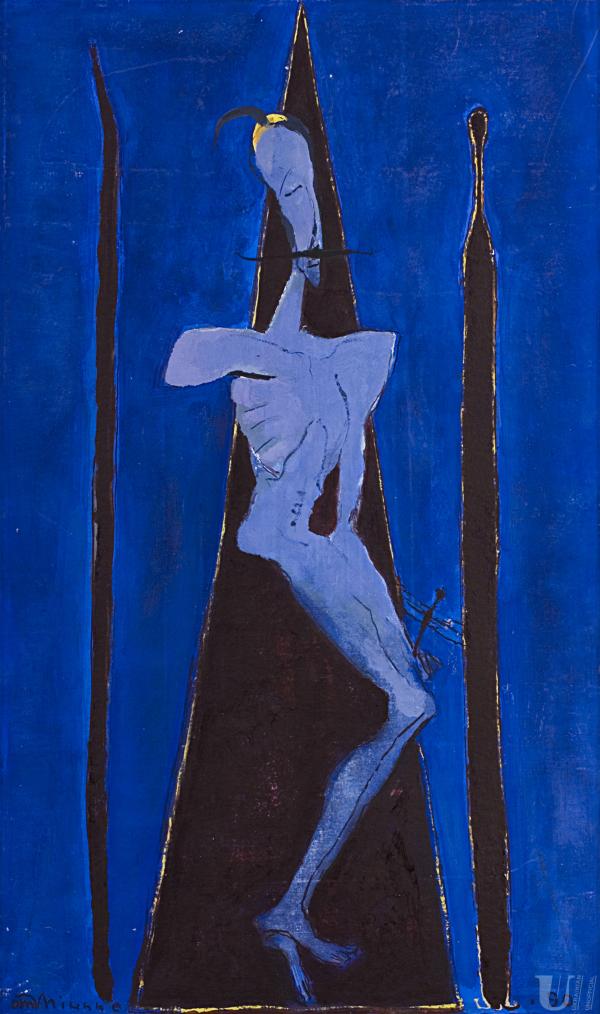 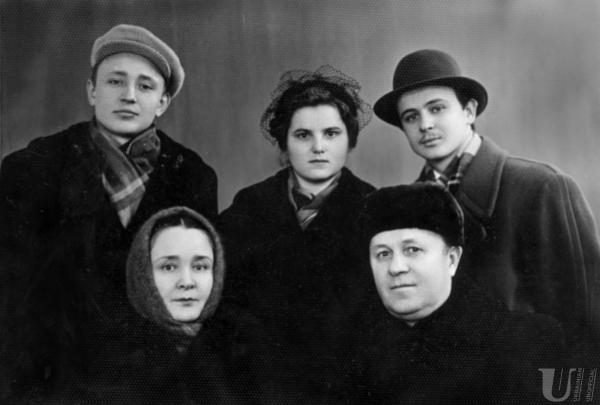 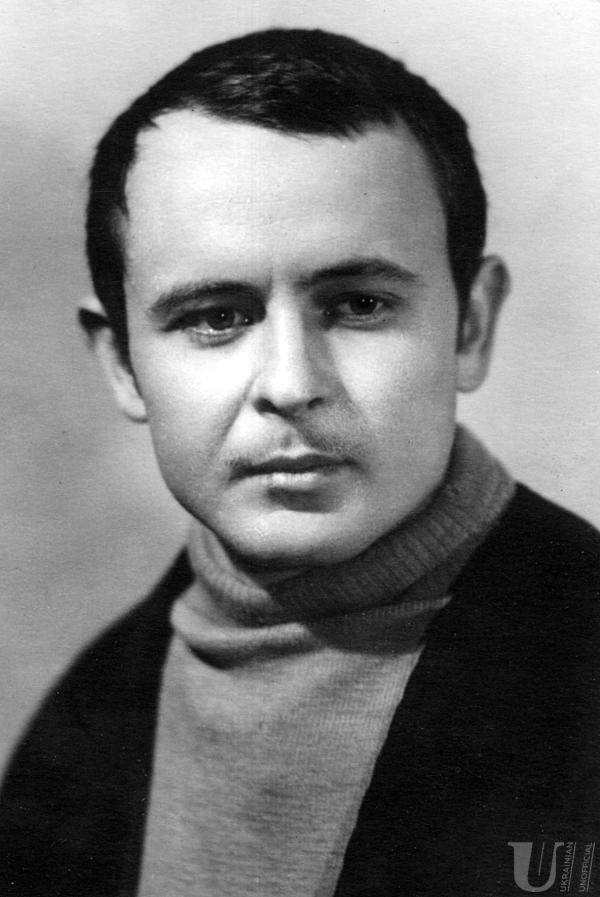 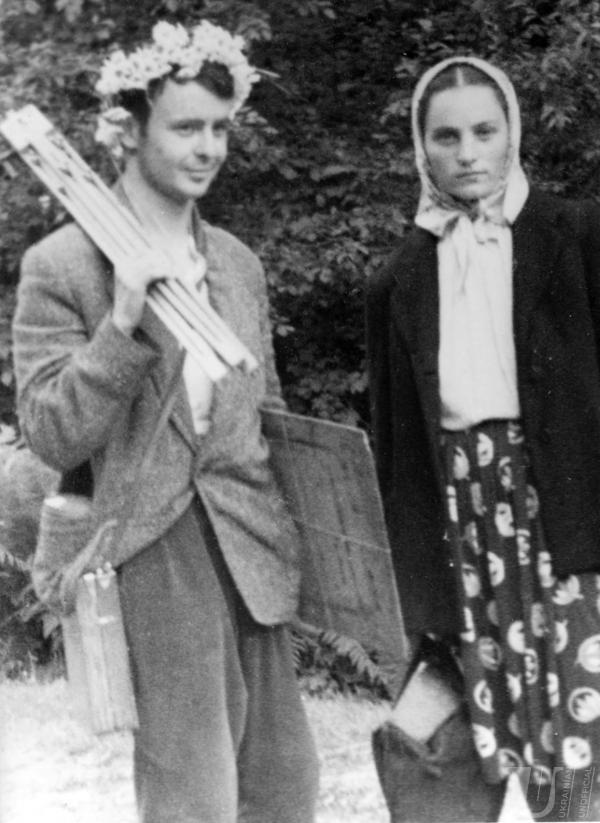 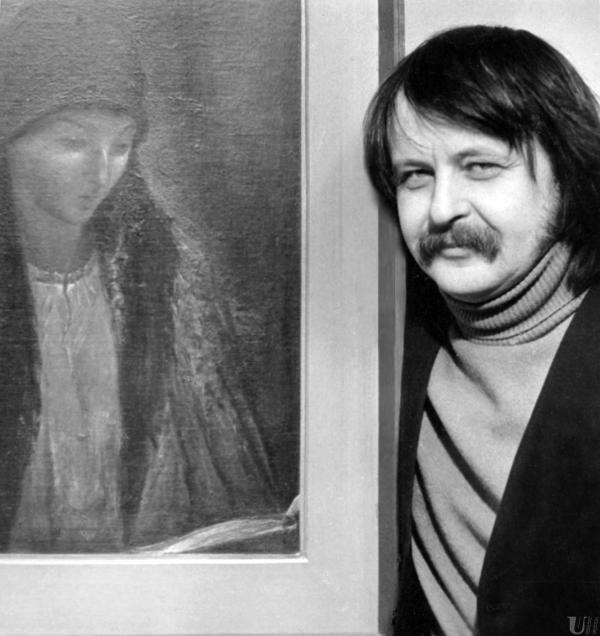