Born in 1937 in the village Chornoriky in the Lemko region (now the territory of Poland).


The family was forcibly relocated to Boryslav, Lviv Oblast, in accordance with the Soviet-Polish Agreement on Mutual Exchange of Population in Border Areas that preceded Operation Vistula. He acquired his first artistic skills under the guidance of an art school teacher in Boryslav.


Studies at the Department of Monumental Painting of the Lviv School of Applied Arts named after I. Trush (1954–1959). There he meets Karlo Zvirynsky, under whose influence becomes actively engaged in self-education - studies European literature, philosophy, music. After graduating, he enters the Department of Art Ceramics of the Lviv State Institute of Applied and Decorative Arts, which he finishes in 1965. Teachers play a significant role in the creative formation of the young artist: Roman Selsky instills a sense of color based on the experience of French masters, Mykhailo Kurylych teaches him to extract the "logic of form" from folk art. During his institute years, Markovych became one of Karlo Zvirynsky’s closest students, he visited his underground academy, fruitfully reflecting the stages of its development in his works. Markovych's early works include methodological reflections on avant-garde styles, including Fauvism and Cubism (“Still Life,” 1959; “At the Table,” 1962; “Billiards,” 1965).


At a time when the underground academy was turning into a closed group of K. Zvirynsky's friends, Markovych was carrying out a number of large-scale ideas in the techniques of assemblage and tactile abstraction (“Ship,” 1967). His series of "button images" (1966-1968) formally resembles the examples of high modernism in the postwar art of Italy and France.

Petro Markovych's hermeticism deepens into the individual world of memories and associations. Object codings - buttons, which came into his works under the impression of what he saw in the crematorium ("Black Flowers", 1967), cans ("Composition", 1967), ropes - like K. Zvirynsky's "trifles", reveal the culture of closed intellectual form. Like many examples of hermetic art from other cultures, P. Markovych's early work is associated with immersion in spiritual practices, such as Christian mysticism (triptych "Golgotha", 1968, "Madonna", 1968).


At the beginning of the decade he created a number of paintings of metaphysical content: "Tear of Apollo" (1970), "Nostalgia" (1971), "Lemko Suite" (1971). In 1972–1973, under conditions of aggressive Russification and considerable pressure on intellectuals, he introduced associative images to his work. In particular, the opposition of the thinking individual to the system becomes the main motif in ceramic sculpture ("In the Cage," 1973). In 1974–1975, structural compositions in the technique of glazed ceramics appeared (Rhythms I, 1974).


This period is defined by a return to the realistic form in painting ("Red Poppies," 1977, "Winter in the Carpathians," 1980, "Morning of the Lumberjack," 1980), as well as to souvenir ceramics ("Still Life with Lemon," 1973, plate "Winter," 1973). The artist goes out to plener, paints still lifes, creates ceramics compositions in the technique of enamel painting. In 1976, he stopped teaching at the Lviv Children's Art School, where he worked after graduating from the institute, due to public recognition of his affiliation with the Evangelical Church.


Returns to his own technique of tactile abstraction: "Flowers of Chernobyl" (1990), "Accents" (1990), "Fallen Angels" (1990). Accepts invitation to teach at the Department of Monumental Painting of the Lviv State Institute of Applied and Decorative Arts. 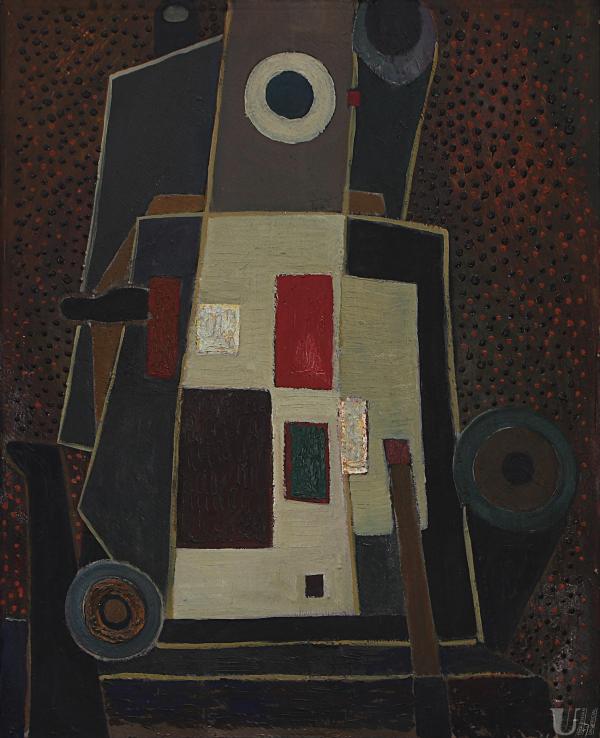 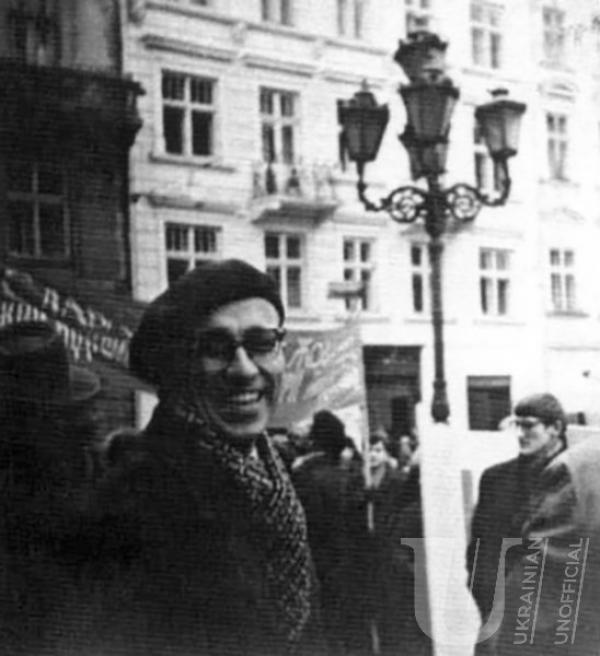 Petro Markovych as a student of the Lviv School of Applied Arts named after I. Trush. 1958 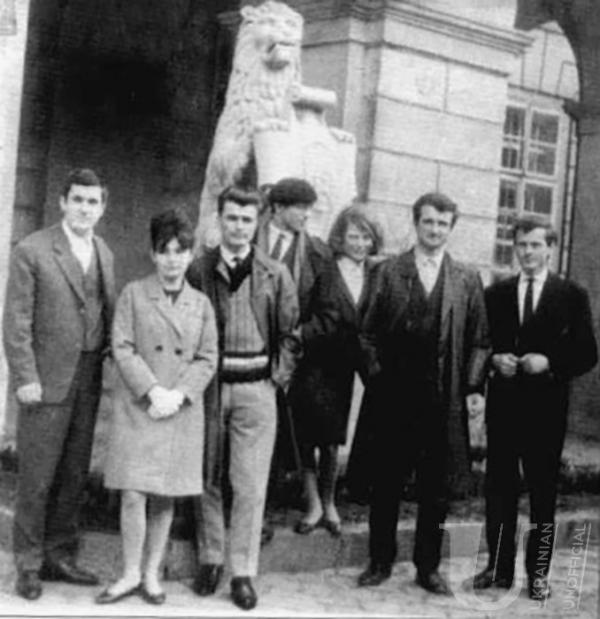 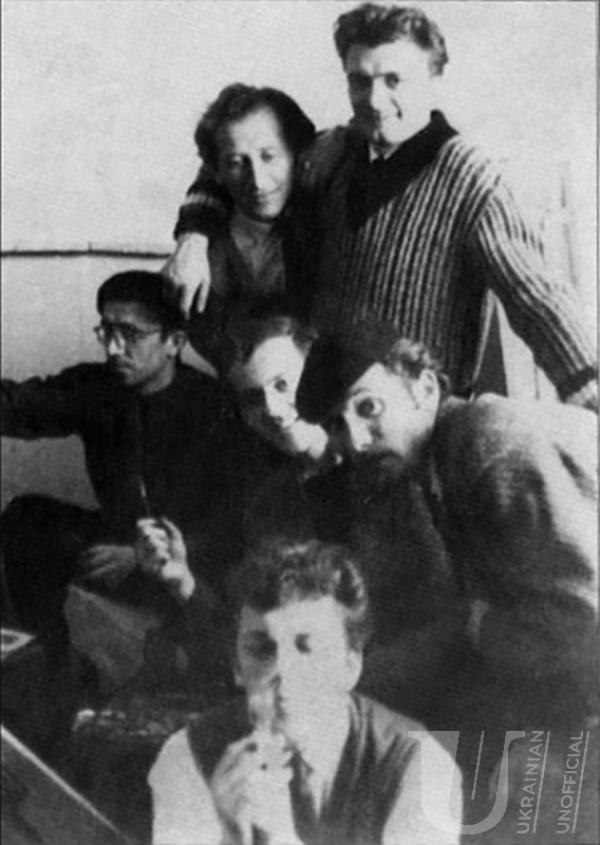 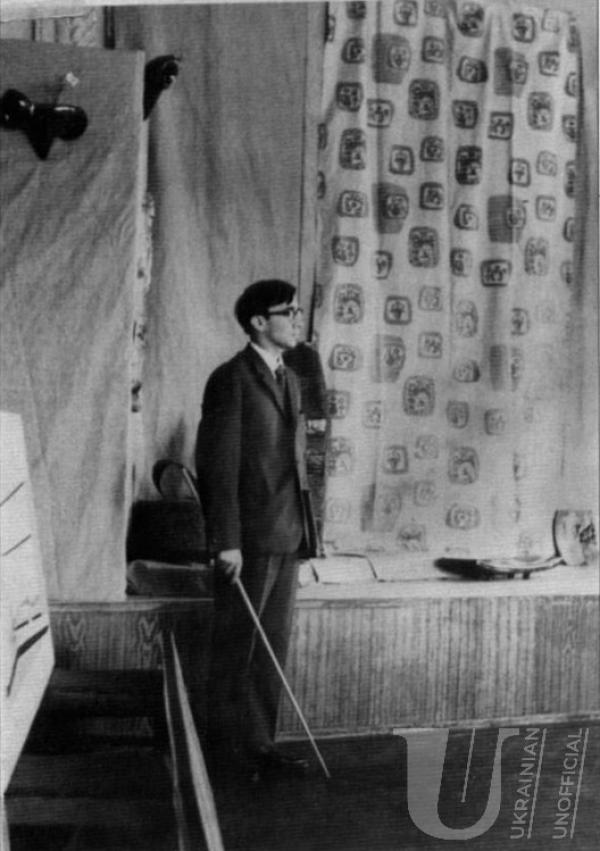 Petro Markovych defending his graduation project in the Lviv State Institute of Applied and Decorative Art. 1965