Born on February 16 in Kamianets-Podilsk. After the end of the Second World War moves to Kyiv with his family.


Starts attending evening classes at the Taras Shevchenko Kyiv Art High School. During his studies, he acquires necessary knowledge and skills to enter the full-time department.


Studies at Taras Shevchenko Kyiv Art Secondary School. “I was struck by the atmosphere in the class. There were some people getting bad grades, but there were no lazy ones. Students were engaged in work, they were sitting and drawing. I was happy to attend school, which was once unheard of for me”, the artist will recall1.


Studies at the Kyiv State Art Institute in the studio of Sergii Hryhoriev. For the artist, this period was not only about improving professional skills, but also about finding his own path in the art world. The exhibition of paintings by Transcarpathian artists held in Kyiv in 1956 made a great impression on Levych. However, two years later, he was expelled from the Institute for “distortion of people and nature in the bourgeois-formalistic spirit”2. Ironically, at the same time Levych’s painting “In the Besieged City” is exhibited in Moscow at the All-Union Art Exhibition dedicated to the 40th anniversary of Lenin Communist Youth Union. Only in 1961, the artist was able to defend his diploma as an external candidate.


Creates a painting “The House on the Corner” (“Tram”), in which he searches for his own artistic theme and language.


From the beginning of the 1960s began to illustrate books for “Veselka” Publishing House.

The artist's works are displayed at national exhibitions.


He became a member of the Union of Artists of Ukraine.


He created a series that became known in the art world as “The Biblical Pictures”. Among them are works “The Teachings”, “The Dispute”, “The Job, “The Sermon on the Mount”, “Misty Morning”, “The Mountain City”. According to the artist two lines combined in this project “First… the attraction for something fundamental, important, inevitable, and nothing is more fundamental than biblical history. On the other hand, the same vital and casual life material…”3 this approach formed the basis of the rest of the artist’s paintings.


Levych’s unique artistic style is most actively emerging during these years to remain unchanged for decades ahead. His creative approach is shown in paintings “Windows”, “Painters”, “Walk”, “Guest”, “Kyiv Funerals”, “Barrier”. Halyna Skliarenko, the researcher of artist’s work, concluded that the main element of these paintings is “a picturesque dream, it is a dense medium that flies and breathes, which embodies for the artist our inner world and the world around us. Yet, paintings also show the unique intonation of sadness about passing time, expectations, loss and wise acceptance of life in all its inexhaustible simplicity and complexity…”4

Levych’s paintings disappear from exhibitions and remain virtually unknown to experts and the general public.

Artist actively works in the field of book illustration. Within this time, among the books illustrated by Levych are the children’s stories written by Hryhir Tiutiunnyk, in particular, “The Swallow” (1970), “The Forest Watchman” (1971), “The Steppe Fairy Tale” (1973), “The One-Winged one” (1974).


Becomes editor-in-chief for the children’s magazine “Maliatko”, where Levych works until the last years of life.


Creates a graphic series based on the satirical stories of Mykhailo Zoshchenko, which consists of 12 sheets of ink and watercolour works.


Takes part in Exhibition Nine, held at the Artist’s House. Together with the works of Levych, the exhibition featured paintings by Oleksandr Ahafonov, Halyna Hryhorieva, Liudmyla Zahorna, Anatolii Lymariev, Vladyslav Mamsikov, Vera Morozova, Oleksandr Sulymenko and Yulii Sheinis. The exhibition became an extraordinary event in the artistic life of Kyiv, causing controversy not only among viewers but also from peer artists.


In collaboration with Yurii Paskevych works on a “Menorah” monument opened in Babyn Yar in Kyiv. On his symbolic branches, Levych placed reliefs of “The Cortege” and “Sacrifice of Abraham”. 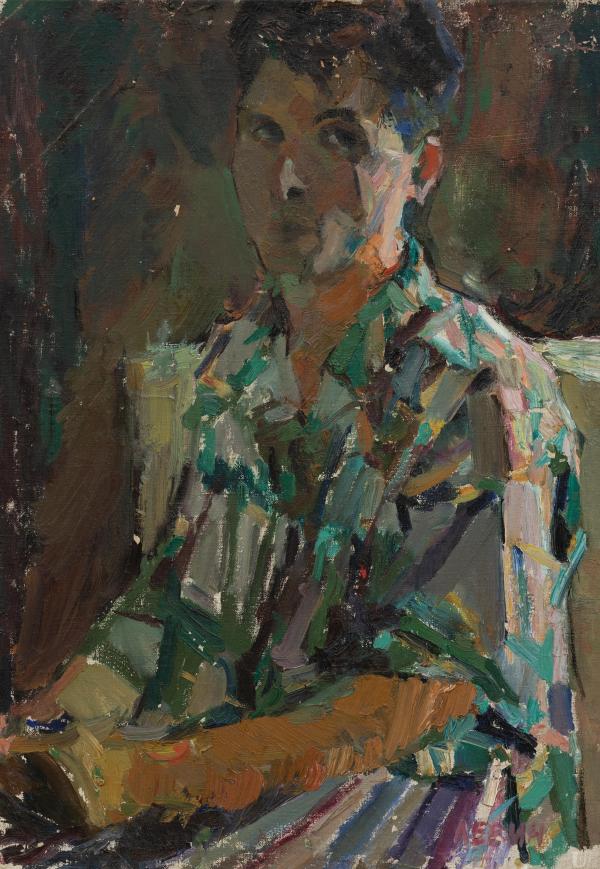 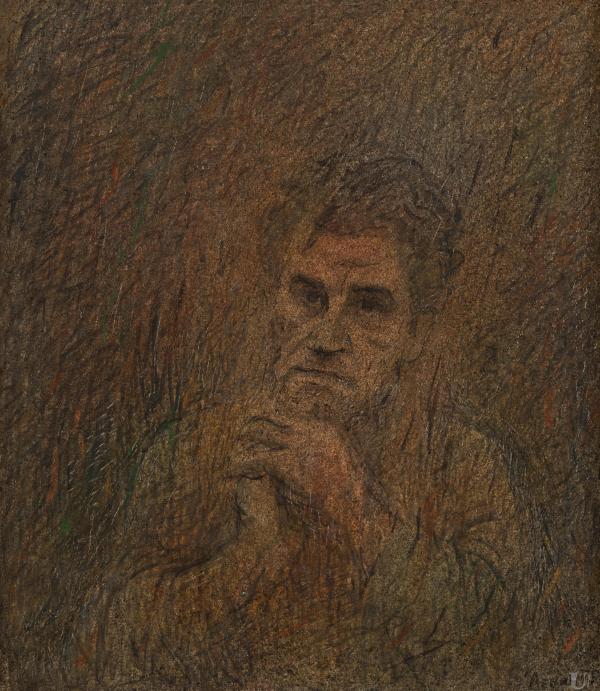 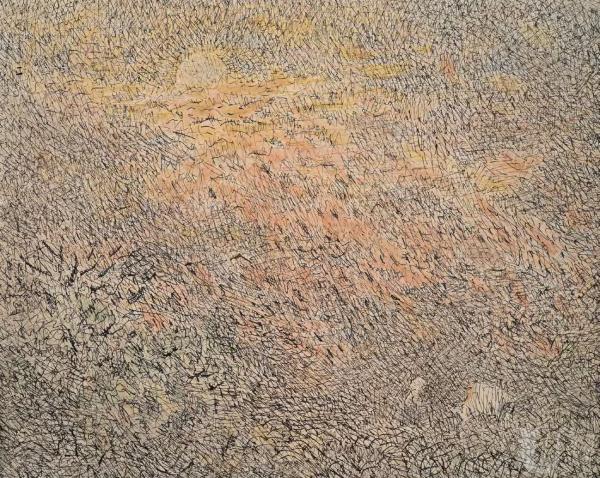 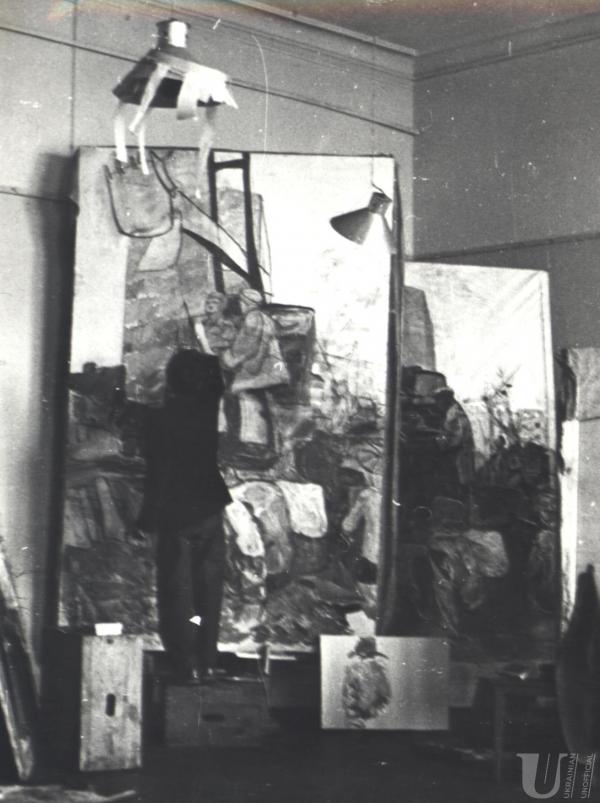 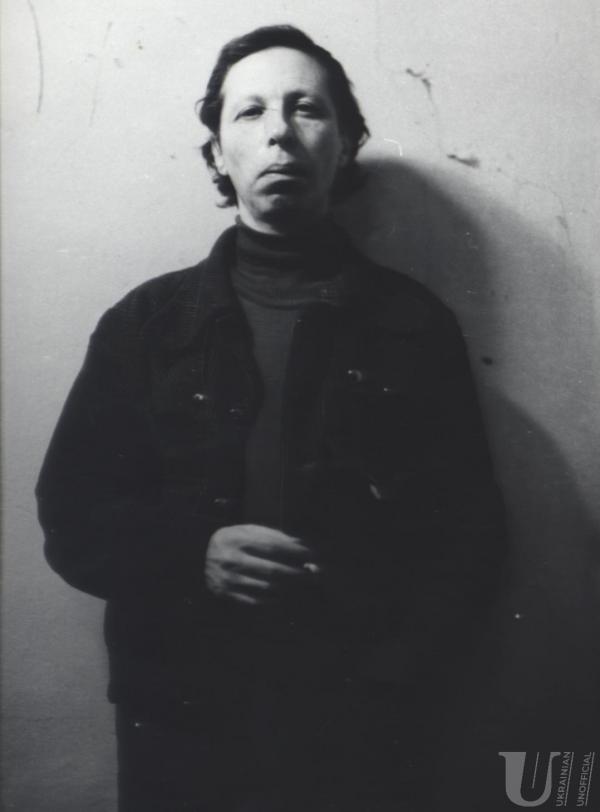 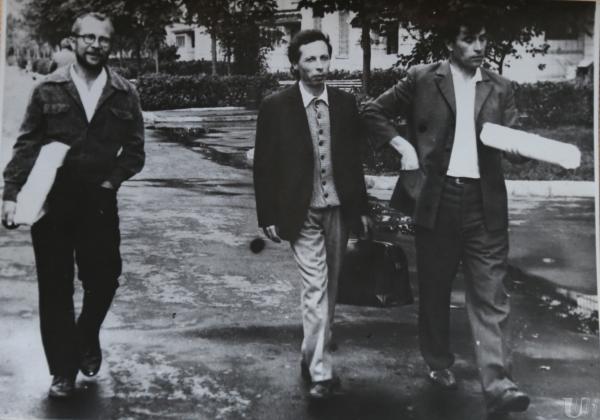