Born on March 3 in Kyiv. His father, Ivan Kotkov, graduated from the Kyiv Engineering and Construction Institute in the early 1930’s and took part in the design of the master layout of the Kharkiv Tractor Plant and one of the buildings by Dniprobud. Ernest, together with the family, lives in Moscow, Poltava, Odessa.


Studies at the Kyiv State Art Institute in the poster studio of Vasil Kasiian and Fedir Samusiev. Meets Valery Lamakh, who also studied in the same workshop a year earlier. Later they perform a number of monumental works in Kyiv, Zhdanov (now Mariupol), Dneprodzerzhinsk (now Kamianske), Yessentuki together.

In 1950, he started participating in poster exhibitions.


After graduation, Kotkov works in the field of the political poster, creating pieces that receive awards at all-Union exhibitions and competitions. His works are printed in large quantities in the State Publishing House of Fine Arts and Musical Literature of the USSR and are published in the album “Ukrainian Soviet Poster” issued on the occasion of the 40th anniversary of the USSR. Such success does not prevent the artist from admiring jazz, being interested in the world of modern art, and experimenting with his style. Both Kotkov and Lamakh managed to combine the formal soviet art techniques with unofficial artistic practices in a unique way.


Joins the Union of Artists of the USSR.


Monumental-decorative-art became the main focus of Kotkov’s professional activity. He continues to paint and draw. Oleksii Tytarenko, who in 1993 was the first one to show three works by the artist created during this period, wrote “It is a pity I didn’t see Kotkov’s works in the 60s. Small canvases put near the wall of his workshop on Gorky street. A surprisingly clean note, which is impossible to repeat. Gentle “monumentality”. The recognized master of monumental art used to “play” with drawings for the soul, family, friends. Now, he becomes a Painter”1.


Together with V. Lamakh and O. Semenko he works on the triptych “Reunion” (tempera mural) for the exhibition “Soviet Ukraine” in the framework of the Decade of Ukrainian Literature and Art in Moscow.


In collaboration with V. Lamakh and I. Lytovchenko, he creates decorative panels in the interiors of the Kyiv River Port, in particular, “Dnieper the trade route”, “Bohdan Khmelnytsky” and “October” (waiting room), “Ukraine”, “Labor” and “Rest” (restaurant), “Seagulls over the water” (lobby); makes sgraffito works, and decorates a facade (engraved contour, Inkerman limestone).


In cooperation with V. Lamakh and I. Lytovchenko designs the interiors and facade of the main building of the Institute of Plant Physiology and Genetics of the Academy of Sciences of the USSR in Kyiv.


In collaboration with V. Lamakh, he decorates two halls of the restaurant “Metro” on Khreshchatyk Street.


Together with V. Lamakh and I. Lytovchenko he creates decorative panel works in the Boryspil Airport, including the “Icarus” (waiting hall), and “Peace, Labor, Happiness” (vestibule).


Together with V. Lamakh and I. Lytovchenko, he decorates the interior and exterior of the Iskra Palace of Culture of the Zhdaniv Heavy Industry Factory (now Azovmash, Mariupol).


Together with V. Lamakh he decorates the interior and exterior of the mineral water drinking gallery № 4 in Yessentuki.


In cooperation with V. Lamakh he creates the mosaic panel work “Symphony of Labor” on the side wall of the apartment building number 21 on Brest-Lytovske Highway in Kyiv (now Peremohy Avenue).


Together with V. Lamakh he works on the design of the Khimik Palace of Culture in Dneprodzerzhinsk (now Kamianske). He created panel work “The Art” on the park side of building and stained glass window “The Science” in interior.


Performs a number of monumental and decorative compositions independently. According to Olena Korus, the artist tries to maximize the individuality of the architectural space, make is dynamic and simple at the same time. The mosaics in one of the shops of ZBK-1 capital factory (1972), in the Republican Fashion House of Knitwear “Khreshchatyk” in Kyiv (1973, partially preserved) and at the Kyiv State Institute of Physical Education (1979, partially preserved) are true indication of that.

Photographs of Kotkov’s monumental works are published in albums and magazines, in particular in one of the most independent periodicals of the time, “The Decorative Art of the USSR”.

Artist personal exhibitions are held in 1970 and 1973. A catalog dedicated to Kotkov’s work is published.


Artist continues his creative search, which started in the 1970s. He works on monumental spatial compositions, combining reliefs with mosaics and paints. In collaboration with M. Bartosik, he creates the volumetric and spatial composition “Awakening” and the children’s playground “Let there always be the sun” in Kuznetsovsk (now Varash, 1981), the composition “Meteorite” in Dnipropetrovsk (now Dnipro, 1983), and decorates the Lybidska metro station in Kyiv (1984).


He participated in one of the first Ukrainian independent exhibition initiatives of the artistic association of monumentalist art “Pohlad” (“The Gaze”) at the Kyiv Polytechnic Institute, which shows Kotkov’s painting.


Creates a stele of “Memory of the fallen Chernobyl” installed in Troieshchyna residential community in Kyiv. Other spaces of the area will later be decorated by Kotkov’s three-dimensional compositions “Bouquet (In Memory of V. Vysotsky)”, “Aquarius”, “Fern Flower” (not preserved).


Returns to painting and graphics. Exhibits his works at the family exhibition in the refectory of St. Michael’s Golden-Domed Monastery (1992, together with his wife Valentyna and his son Ihor).


The artist’s personal exhibitions take place in the Soviart Centre for Contemporary Arts (2002), 36 Gallery (2004), Museum of Modern Visual Art of Ukraine (2008), individual works are exhibited at numerous exhibitions in Ukraine and abroad.


On October 6 Kotkov dies in Kyiv. 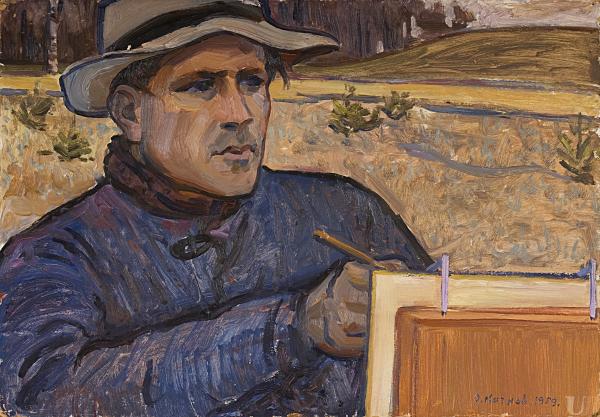 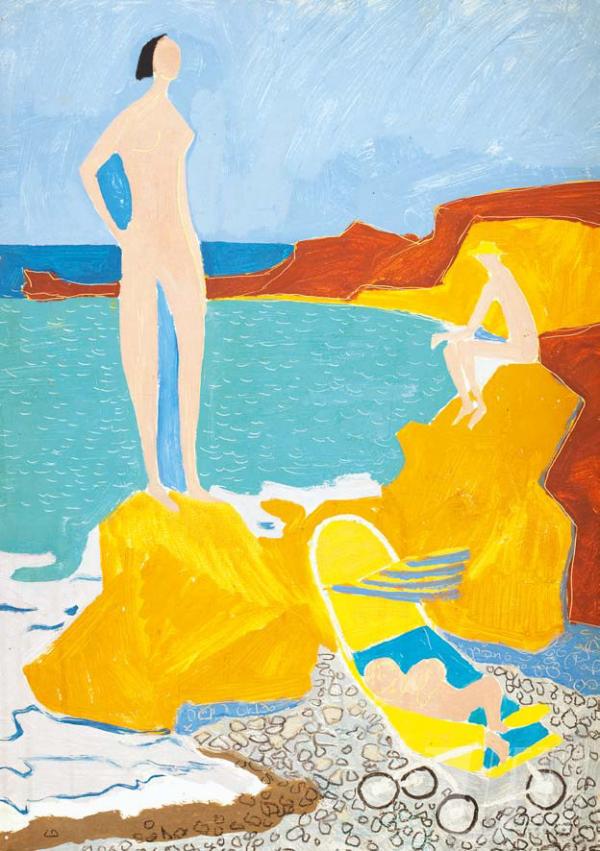 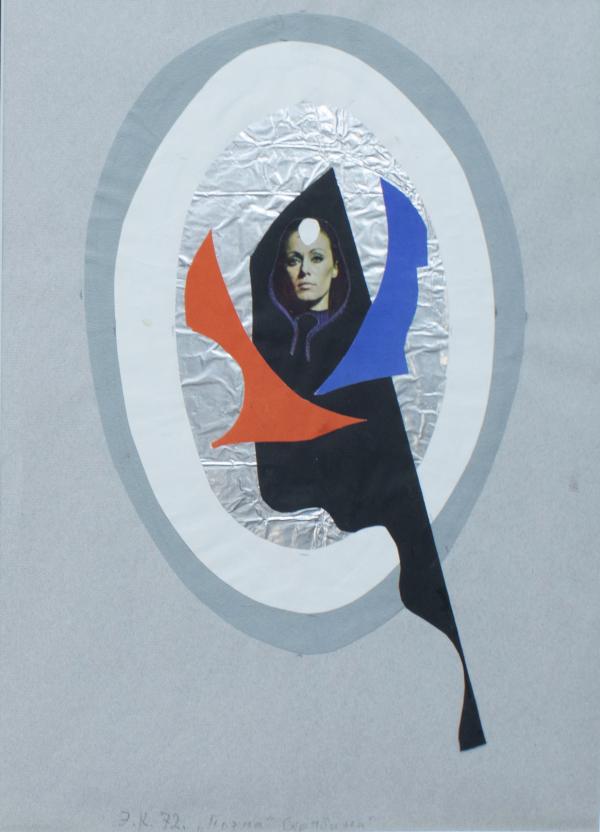 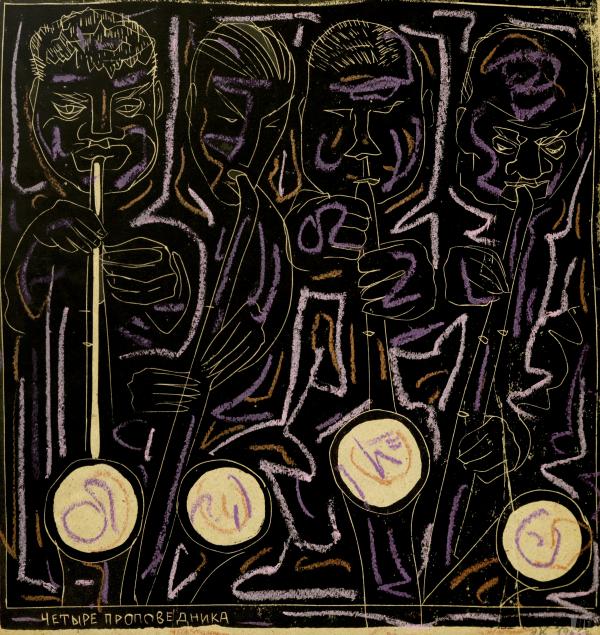 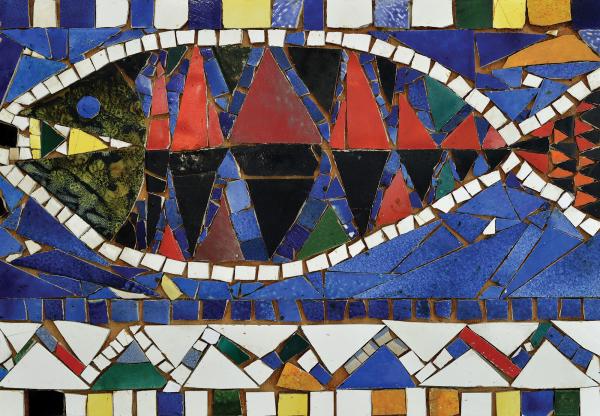 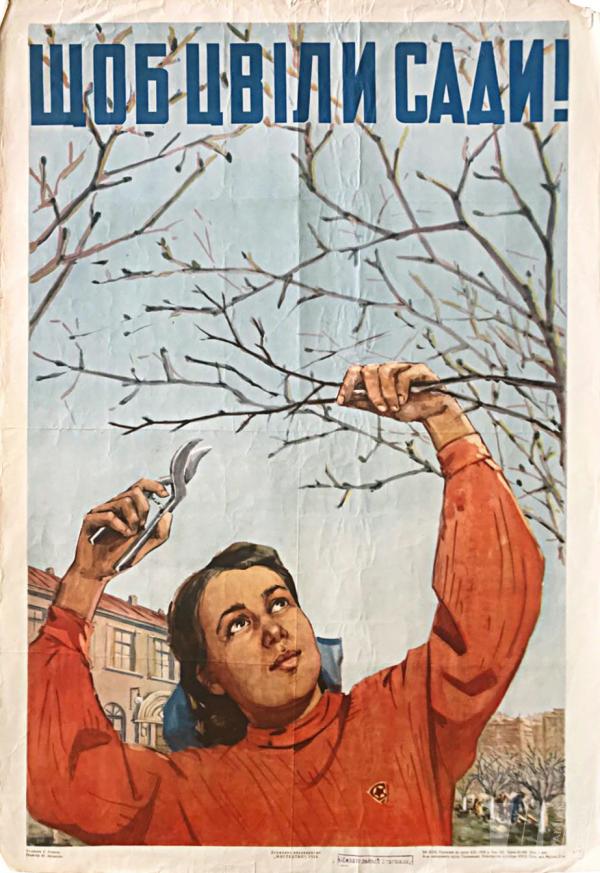 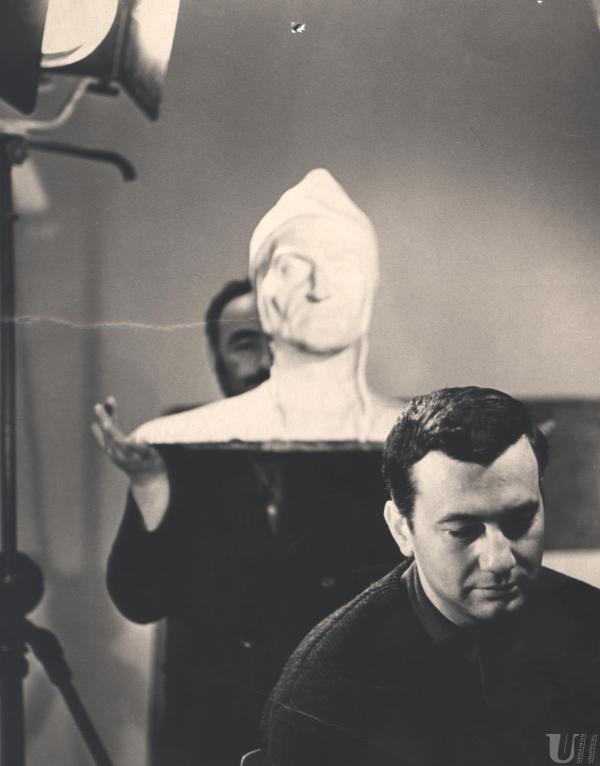 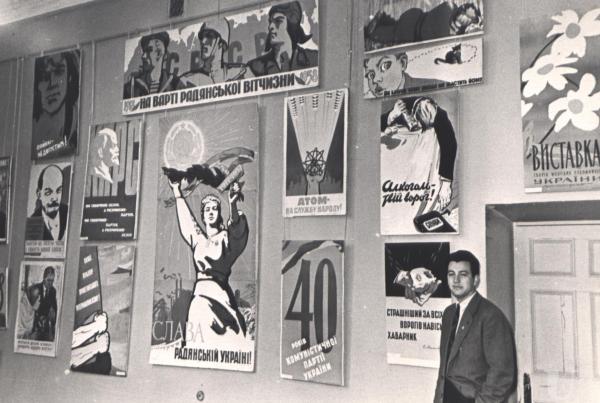 Ernest Kotkov’s works displayed at an exhibition in the hall of the Union of Artists of Ukraine, Kyiv, late 1950s — early 1960s 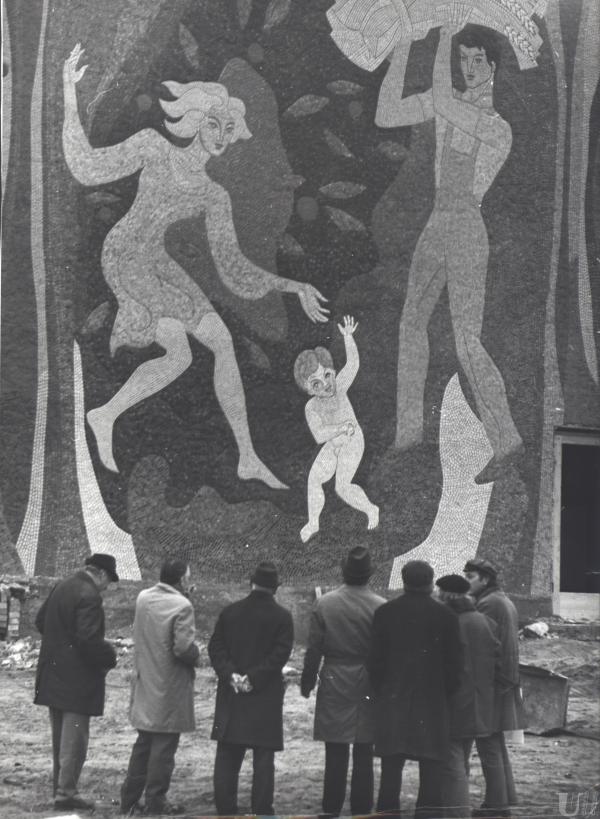 Visiting council of the monumental workshop of Kyiv Combine of Monumental and Decorative Art in front of the mosaic panel “Summer” in the exterior of the House of Culture of the S. Fedorenko Kolkhoz in the village of Melnyky in Cherkasy region. 1975

Ernest Kotkov’s works displayed at an exhibition in the hall of the Union of Artists of Ukraine, Kyiv, late 1950s — early 1960s