Born on February 2 in Kharkiv.


Studies at the Kyiv State Art Institute. His professors Kostiantyn Zaruba and Vasyl Kasiian belonged to the adherents of the post-war Ukrainian social-realist school, so Vadym, who was known to be “the most talented and free-spirited” in the art school, took little from their instructions. The exception was made while creating a series of posters after two years at the Institute, including “Warning for Aggressive Blocks” (1964), “Revanchists of NATO” (1966), etc.


Collaboration with The Rainbow Publishing House begins, which lasts until the mid-1990s. During this time, Ihnatov illustrates around one hundred books that would bring up more than one generation of children. The peaceful coexistence of officially commissioned work and non-formal creativity in a narrow circle of like-minded people was one of the main characteristics of unofficial Ukrainian art of the second half of the twentieth century. Similarly, Valery Lamakh and Ernest Kotkov dedicated much of their time to posters, and later to monumental and decorative art, Yakym Levych to Maliatko Magazine, and Galyna Sevruk to ceramic souvenirs.


The Rainbow Publishing House publishes an illustrated book by Gianni Rodari “Planet of the Christmas Trees”.


Ihnatov illustrates Kazakh folk tales, united by the title “Who is the Strongest?” This kick starts a brilliant series on folk tales. In the 1970s, Georgian Folk Tales (1971) and Armenian Folk Tales (1977) are published. In the 1980s, books “One Hundred Minds. Altai Folk Tales "(1982),”The Wolf and the Shepherds. Latvian Folk Tales” (1983),“Vietnamese Folk Tales”(1984),“Chechen-Ingush Folk Tales”(1985) started being published almost annually. Ihnatov’s illustrations highly led to their success. Artist managed to create surprisingly compelling images of fairy-tale characters, successfully combining line, stroke and colour spots. In the 1970s, the artist began working with writer Vsevolod Nestaiko. His books illustrated by Ihnatov included “The Unit with the Deception” (1976), “The Five with a Tail” (1985), “The Box with the Secret or Secrets of the Apartment Number Seven” (1987), “The Fairy Tale Adventures of Hrailik” (1994) .


The unique manner of Ihnatov’s painting is formed during this period. Perhaps the deepest look into his imagery took Hanna Zavarova, who wrote: “The paradox is the inherent property of Ihnatov’s thought and the pivotal element of his poetics. The essence of the paradox lies in the ludic dynamics of displacements and shifts: concepts and meanings are disrupted from their places, they get mixed, and different semantic levels collide. Such change is easy for a word, but it is not easy for an image to find freedom of meaningful transformation. It is more stable in its nature, it subordinates to the unifying power of space. By releasing it and breaking it with its “imaginary” stability for the sake of the real - the constancy of change and transformation, the artist frees the image from the power of gravity. In the game space created by him, characters and objects, coloured spots and lines behave uncommonly: they soar, fly, run, dance, exchange meanings. The eternal symbolic nature of the image is exposed. The line between the living and the inanimate, the intelligent and the irrational, the real and the fantastic, the poetic and the brutal, becomes elusive. Any element of the picture is ambiguous and tends to change. Everything, in essence, turns into a plastic path — composition, colour, light, line, texture, plot, and even the myth itself. Motives of Ihnatov’s paintings are perceived as metaphors: Game, Music, City, Character, Flowers ...”3

The artist began long-term working with writer Vsevolod Nestaiko. His books illustrated by Ihnatov included “The Unit with the Deception” (1976), “The Five with a Tail” (1985), “The Box with the Secret or Secrets of the Apartment Number Seven” (1987), “The Fairy Tale Adventures of Hrailik” (1994).


Becomes a member of the Union of Artists of the USSR.


The first solo exhibition of the artist takes place in Moscow. Such location is not accidental — there are many admirers of Ihnatov’s work in the city. Famous singer Volodymyr Vysotsky is among of them.


Ihnatov died on December 22 in Kyiv. 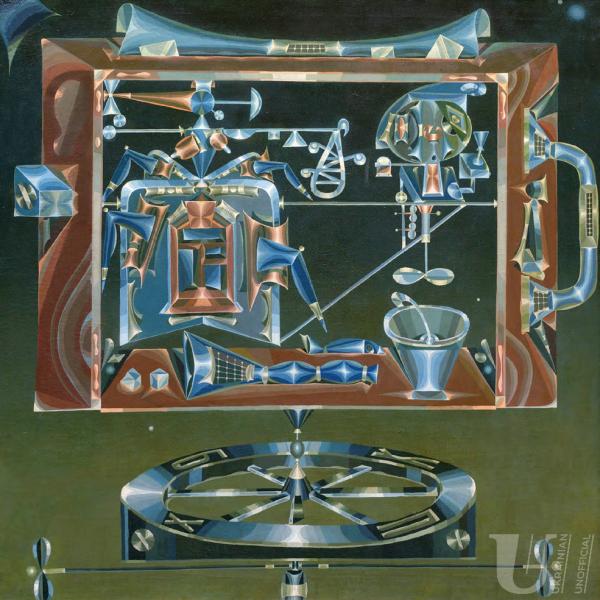 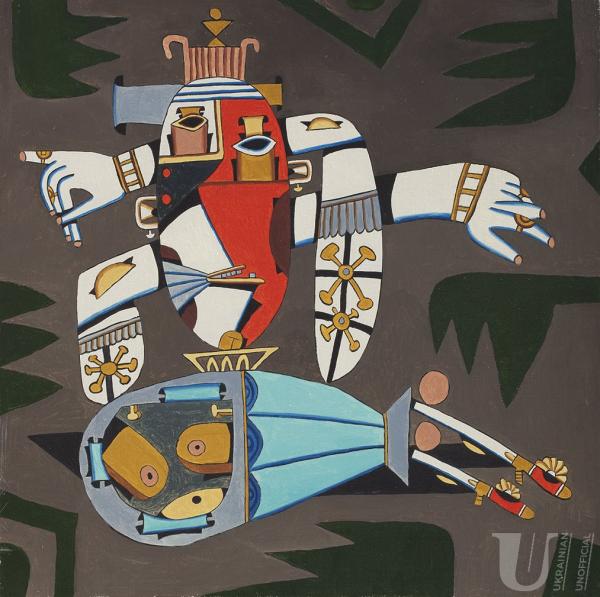 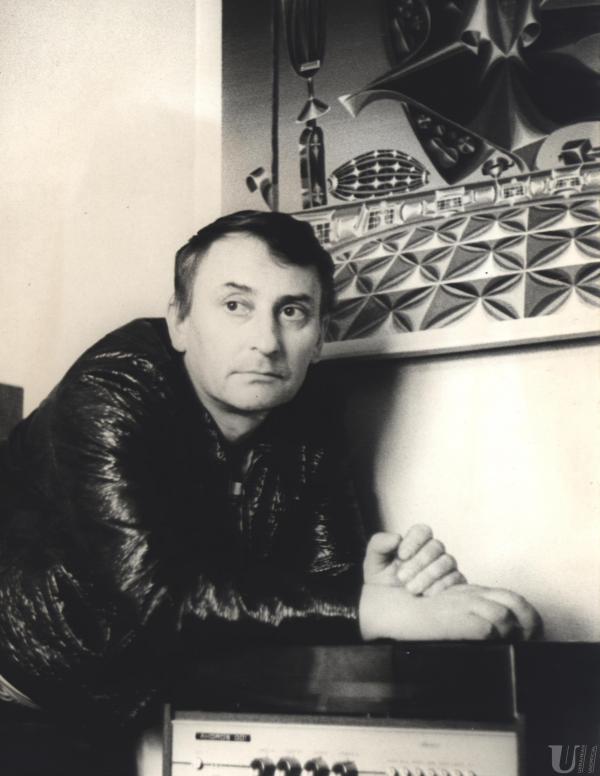 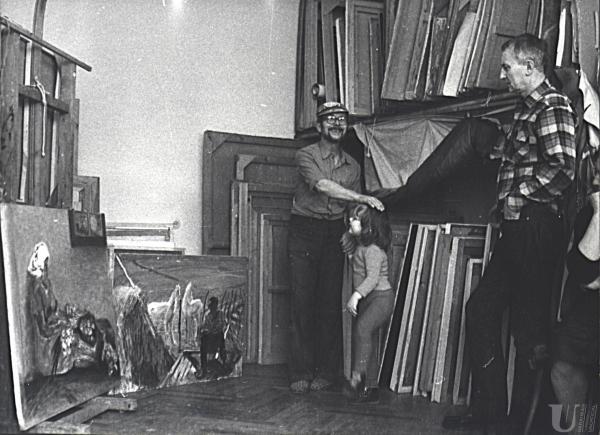 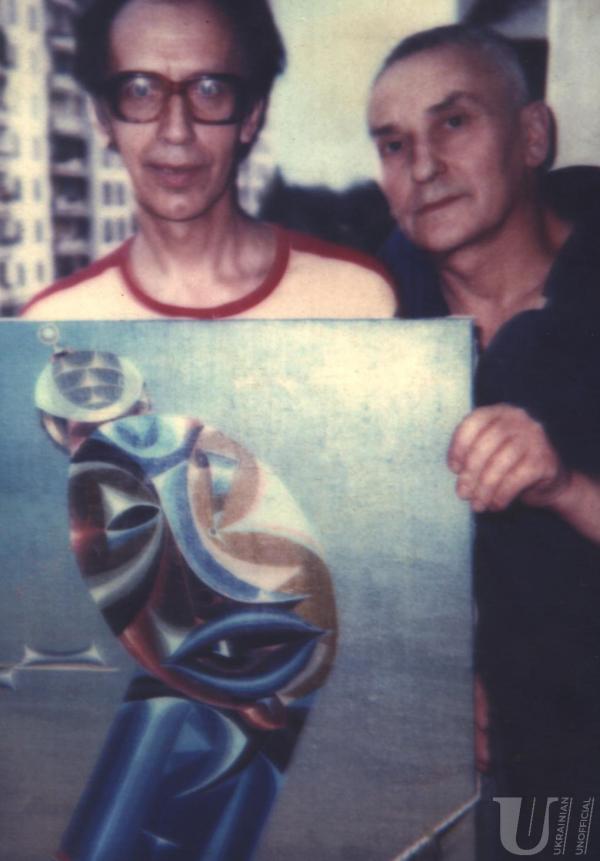 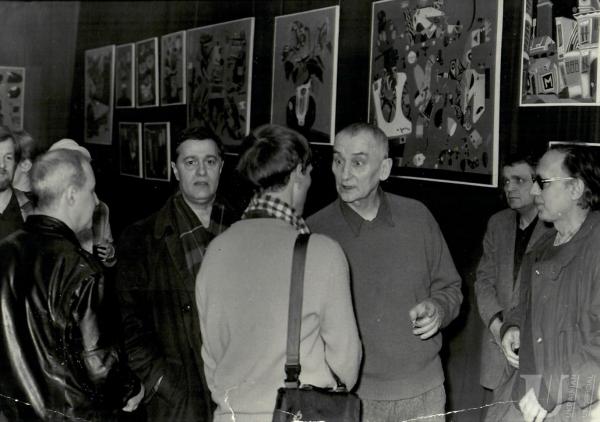 At a personal exhibition. In the center is Kostiantyn-Vadym Ihnatov, on the left is Roman Balayan, on the right is Valentyn Sylvestrov. [1997–1998]