Even before we started working on the archive of Ukrainian unofficial art of the second half of the twentieth century, we realized that the period in question was one of the most difficult and controversial in the history of Ukrainian culture. Working on the first volume of the project dedicated to Kyiv artists, it became even more clear. In line with Boris Groys' thoughts on the identity of modernism and socialist realism, as presented in the Gesamtkunstwerk Stalin, Olena Chervonyk emphasizes that the socialist-realist artist and nonconformist artist were most often the same person1. In fact, in the works of almost all representatives of the Kyiv part of the archive, one can find signs of both types, but we should note that no one doubted the chosen path — the path of independent personal stance and creative freedom.

Today, it is easy to come up with possible heroic versions of such acts and give universal opinions on a phenomenon that has already become a cultural heritage. It is much harder to imagine it as an integral part of the socio-political and everyday context of the time. The phrase "Soviet Union" has almost disappeared from the pages of the history of Ukrainian art, and that's a shame. In fact, this specific phrase does not allow us to forget the realities that these artists encountered. Studying their biographies, we are surprised to notice that at the beginning they are full of exhibitions and awards; almost everyone was provided with a workshop, some held an official position, the rest received orders, fulfilling them with professional involvement. Of course, there were exceptions, but even those who did not receive official "recognition" could not imagine themselves outside the system of mainstream public relations, and they did not know any other kinds of those.

A photograph taken in 1950 in the Kyiv State Art Institute has been included in the Archive. It shows third-year students of the Faculty of Fine Arts, among whom we recognize Victor Zaretskyi. The rest of the twenty people were also identified, including Professor, Head of the Department of Painting Karpo Trokhymenko and instructor Mykhailo Ivanov. It gives a unique opportunity to trace the fate of future artists, who were then united by age, professional school, and creative plans. Some followed in their teachers' footsteps and became the "proponents" of socialist realism (Oleksandr Lopukhov, Viktor Shatalin, Yuliy Yatchenko), others replenished the ranks of the art combinate (Volodymyr Beliak, Danylo Bidnoshey, Ivan Tykhiy), and only Zaretskyi dared to follow his own, unexplored path. It took him ten years to do so, during which he received the Stalin Stipend, became a professor at the institute and the author of many paintings made according to the canons of the government-approved creative method. 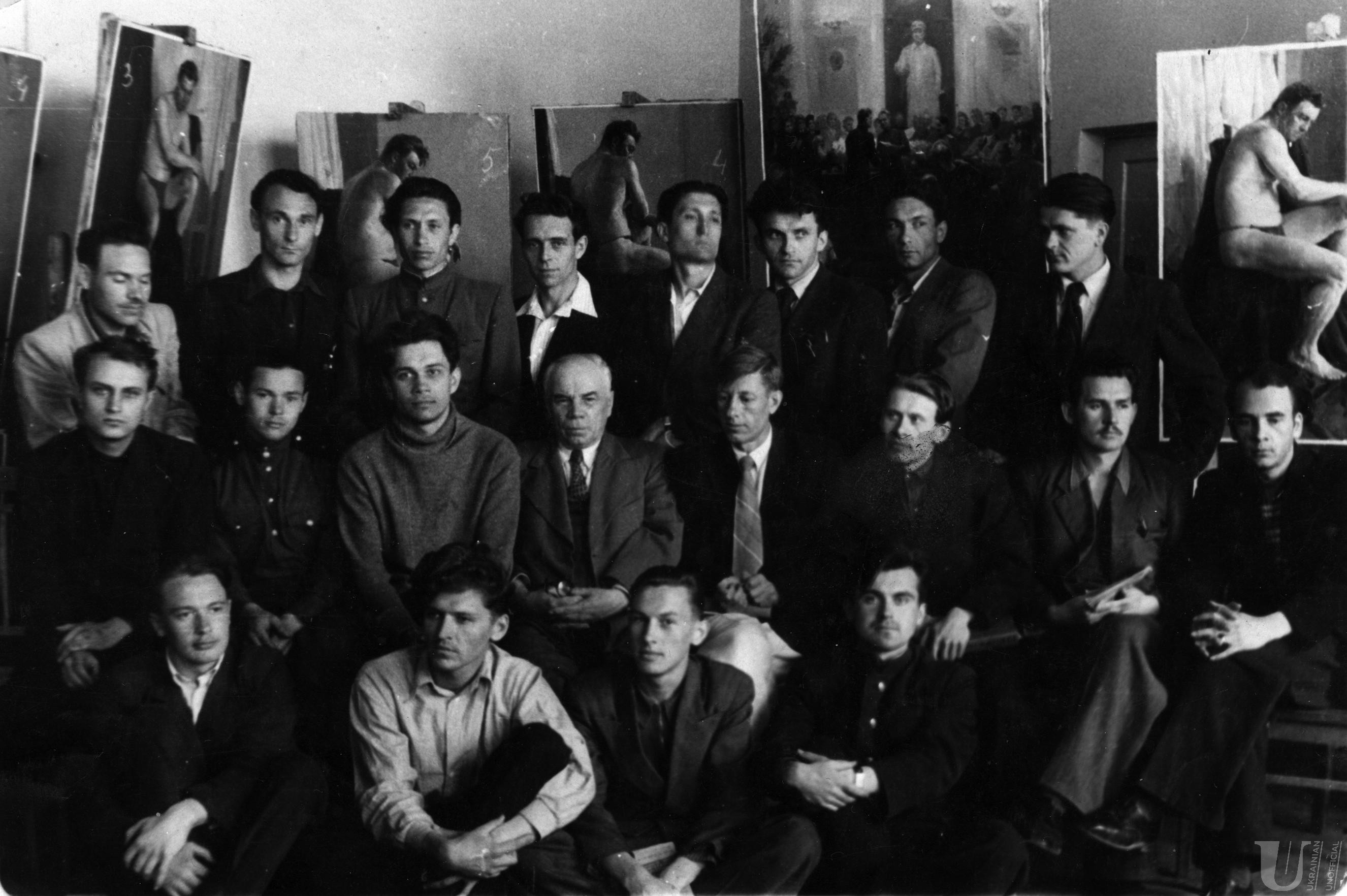 The compilers of the Archive have included the latter, as neither did they omit the posters or monumental works of Valeriy Lamakh and Ernest Kotkov, the early book graphics of Hryhoriy Havrylenko and Yakym Levych, the later series by Veniamin Kushnir, Borys Plaksiy, and others. They help to avoid superficial assessments and simplifications, which can be found in most studies on the phenomenon of Ukrainian informal art. The expanded biographies of artists became the key to its understanding. A painstakingly thorough search had to be done to identify the little-known pages of life and correct the isolated mistakes that, having crept into the Internet, spread from one website to another. However, the main source of critical reflection is the visual array of information, collected in such quantity and quality for the first time in the history of Ukrainian informal art.

Until now, it has been unattainable even for professionals, because it is impossible for a single person to reach and research so many works scattered through private collections and archives. This is one of the aspects that serve as obstacles on the path to creation of a comprehensive, academic picture of the phenomenon. The absence of a Museum of Contemporary Art (because most of the artists who came to the Archive's attention were at the origins of contemporary Ukrainian art), suboptimal cultural policy, and the residual principle of financing existing museums further complicate the situation. The archive is full of discoveries. Among them is the body of Vilen Barskyi's works, kept by his wife Olha Denysova in Dortmund, collages of Ernest Kotkov, graphics by Ada Rybachuk and Volodymyr Melnychenko, and more. Special mention should be made of Anna Sumar, Anna Lymarieva, Nina Shostak, who became the true guardians of the legacy of their loved ones. In some other place, it would have had become a national cultural heritage, conserved, and thoroughly researched, while for the third decade already, we have been conducting theoretical disputes without any regard for its fate.

There is another photo taken in 1985 at the opening of Exhibition of the Nine. We see the authors of the exhibition, which had been being preparing for many years but did not become an event of the cultural life of Kyiv. Here's what Yakyv Levych told about it: “We were looking forward to this exhibition. For the first time, Lymariev showed quite a lot of works, they were interesting to the public. But overall, this attempt ended tragically: we were not accepted by the artists themselves. I remember one of my friends hugging me and saying "Very bad". We somehow did not fit in anywhere: we were neither left nor right… It was surprising to everyone: well, what do you want, paint the way everyone does!”2 Paradoxically, the camera happened to capture Oleksandr Lopukhov (we can see him on the 1950 photo as well), who personified not so much the latter as the system that impeded any free-thinking. The two photographs are thirty-five years apart, an era that has put the likes of him and a handful of artists who have formed the heart of Ukrainian unofficial art on different sides of an imaginary barricade. 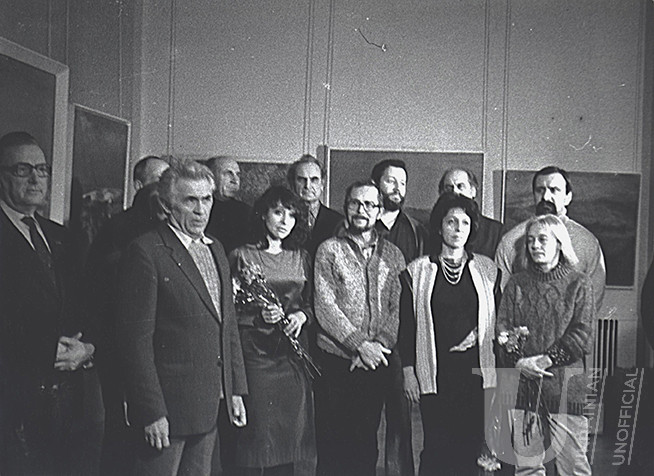 The year 1985 was but the latest in this confrontation. The Perestroika began next year, which led to the loss of ideological control over the creative process, and subsequently the collapse of the Soviet state itself. The martyrology of those who didn't live long enough to see this time is impressive. In 1985, Anatoliy Lymariev passed away, Hryhoriy Havrylenko in 1984, Mykhaylo Vainshtein in 1981, Mykhaylo Hrytsiuk in 1979, Valeriy Lamakh in 1978, Ihor Hryhoryev in 1977, Alla Horska tragically died in 1970. Anatoliy Sumar abandoned making artwork in the mid-1960s, later commenting on his radical decision as follows: “Everything has somehow changed. It was necessary to justify myself, to prove myself, to fight for something, to defend something. To me, it was ridiculous. I felt that no one needed it…”3 This resembles Levych's memoirs, the same mood, partly disbelief and, at the same time, a sense of dignity.

History corrects everything and puts it in place. Today, former rebels and outsiders are rapidly moving into the focal point of the processes that took place in the Ukrainian art of the second half of the twentieth century, pushing aside sycophants and conformists, who had then enjoyed titles, awards, and privileges. It must be admitted that the former were not united, but rather disconnected, and the phenomenon itself was unspecified, indefinite, spontaneous. Some gravitated towards the Creative Youth Club "Suchasnyk" (Alla Horska, Viktor Zaretskyi, Veniamin Kushnir), others made a circle, which included Valeriy Lamakh, Hryhoriy Havrylenko, Vilen Barskyi, Florian Yuryev, others were united by workshops on Perspektyvna Street, and later on Obolon (Mykhailo Vainshtein, Ihor Hryhoryev, Anatoliy Lymariev, Yakym Levych). There was no struggle either, the interventions by the authorities were selective and did not meet widespread opposition (the unprecedented destruction of the "Wall of Memory" by Ada Rybachuk and Volodymyr Melnychenko went almost "unnoticed" by the Kyiv cultural community).

However, the biggest challenge for the artists was the lack of contact with the viewer. Their works, when they hit the exhibitions, drowned in the ocean of official artistic production. There were those who had not been exhibited for years. Every time I remember a story I heard recently from Oleksandr Dubovyk. In the late 1970s, he moved to a new workshop in Obolon. Once in its empty, clean walls, the artist decides to destroy the works he had brought with him. They were saved from a campfire, which was built in the yard of the house where the workshop was located, by Iryna Dubovyk, his wife. This episode illustrates a state of despair that didn't let them live and works, and in some cases led to tragedy. The main purpose of creating the Archive of Ukrainian Unofficial Art was the desire to bring this art to as many of those who are engaged in or just interested in the history of national culture as possible. The artists who made up this phenomenon were deprived of this opportunity during their lifetime. 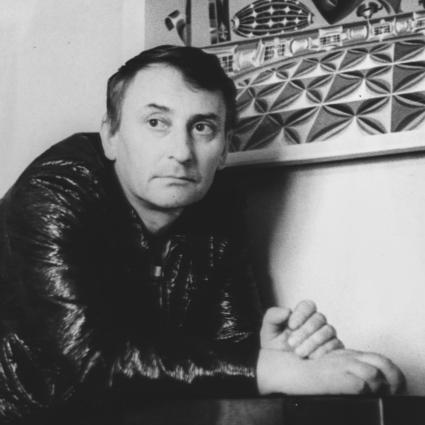 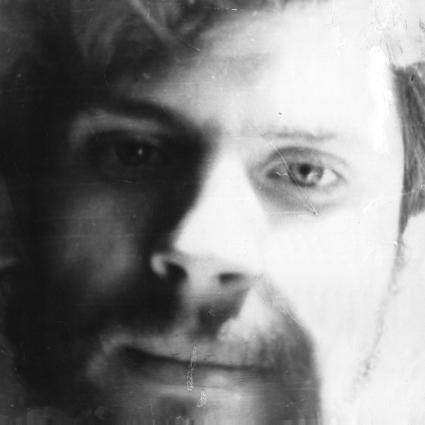 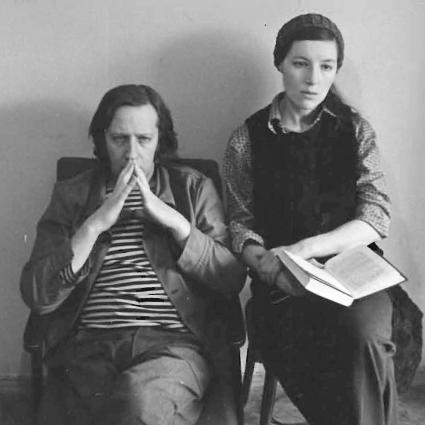 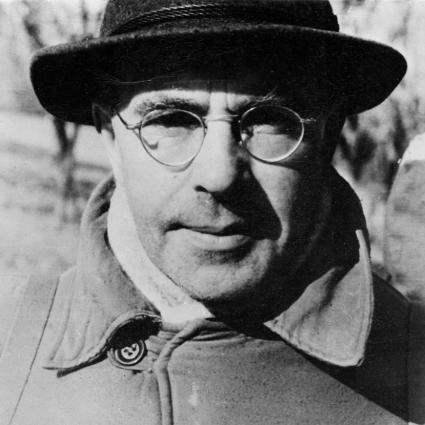 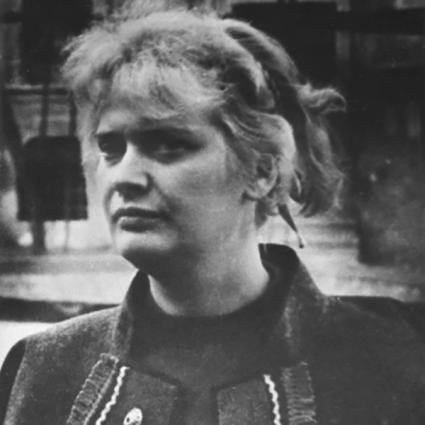 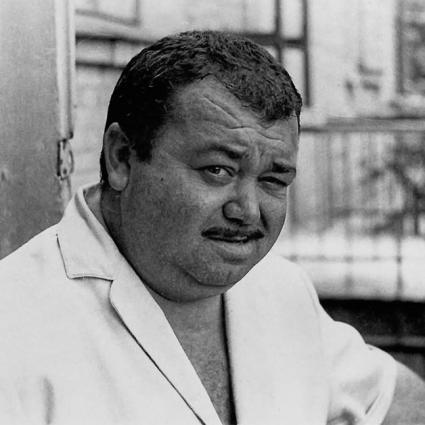 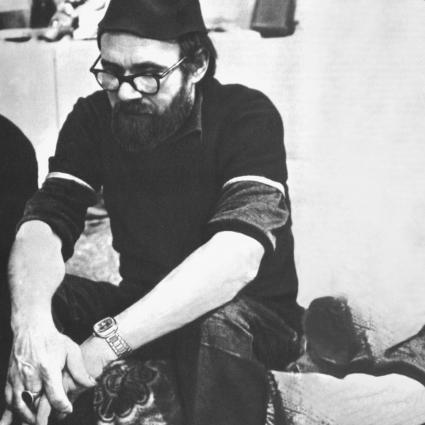 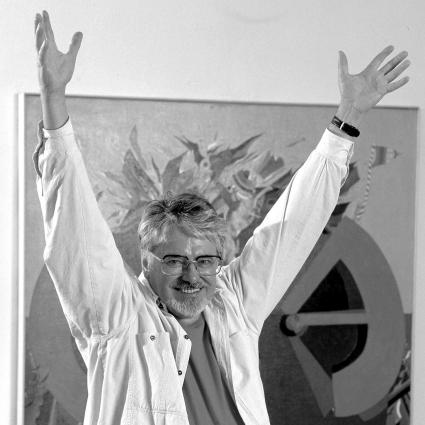 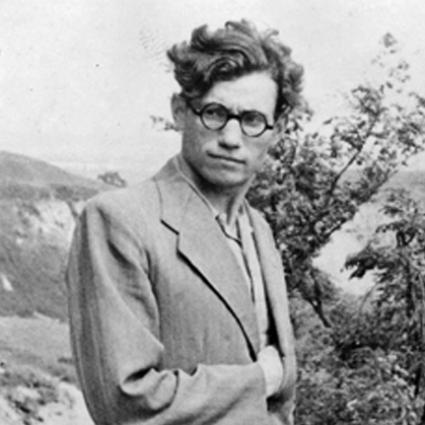 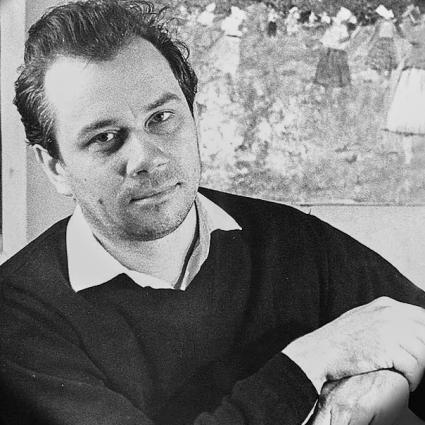 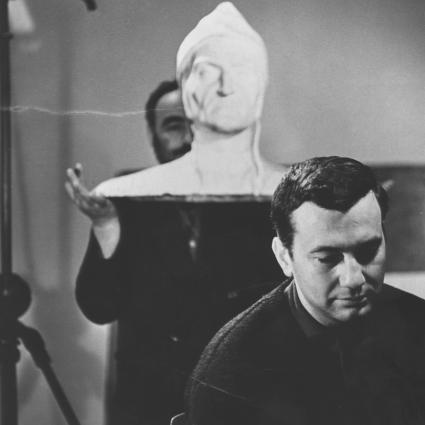 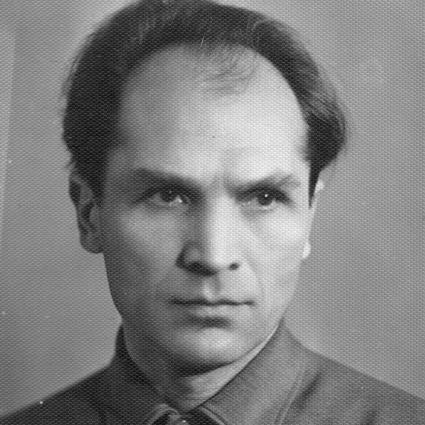 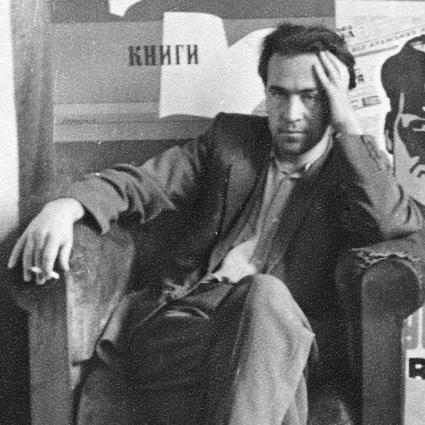 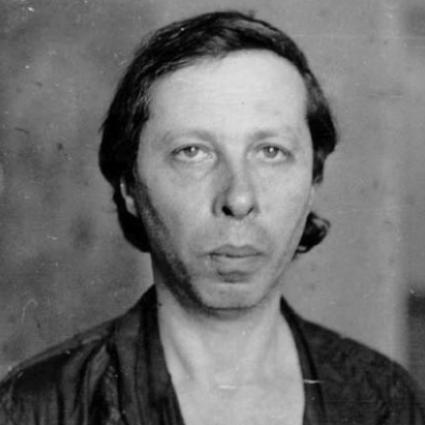 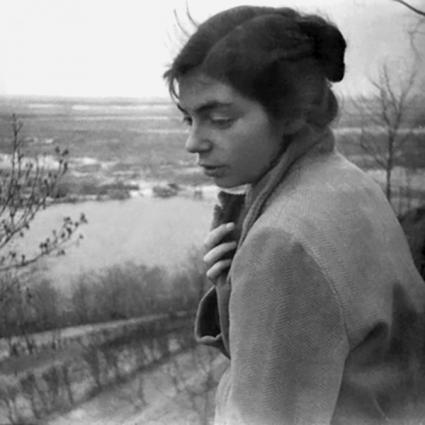 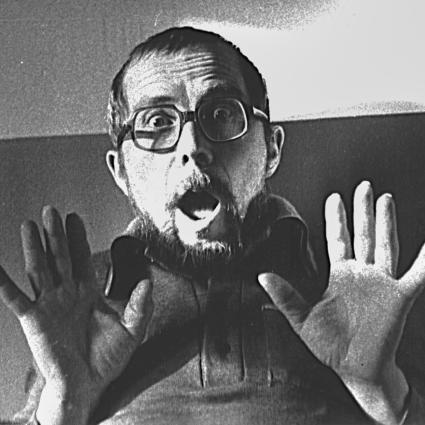 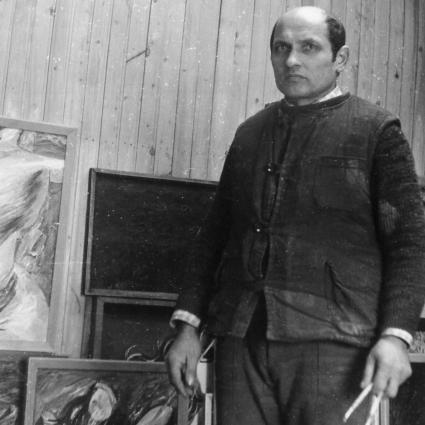 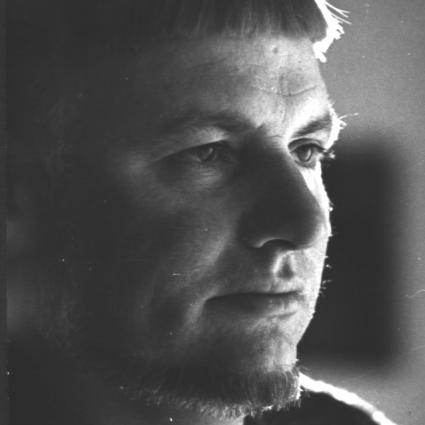 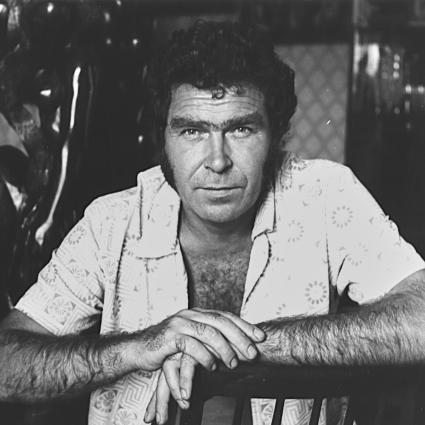 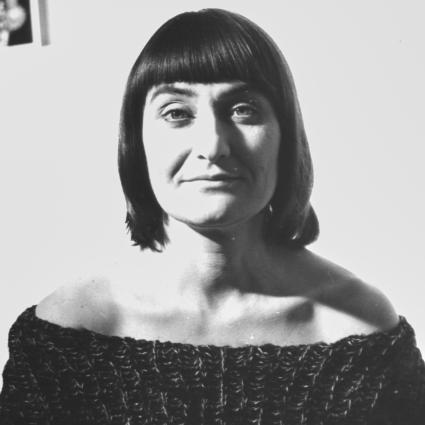 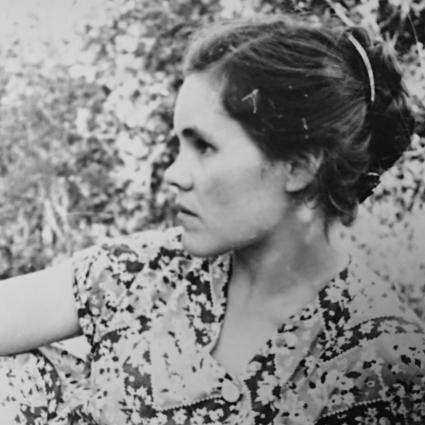 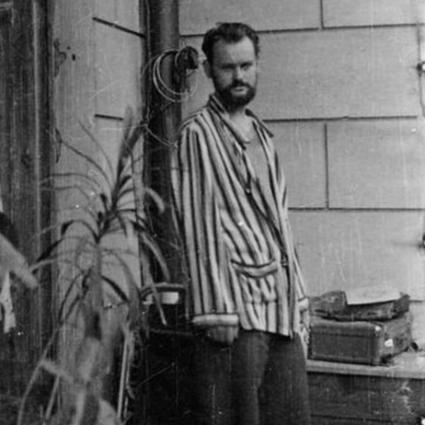 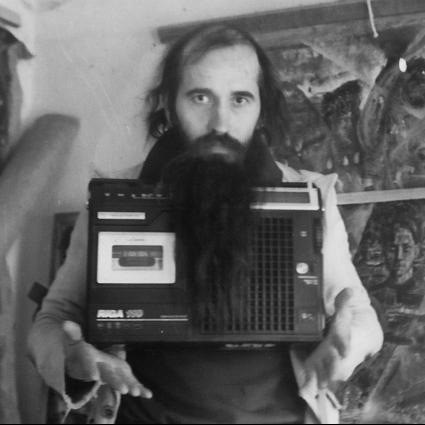 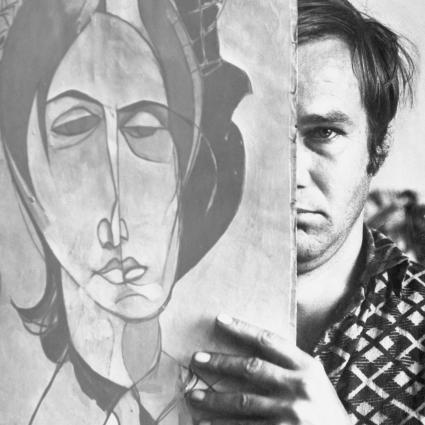 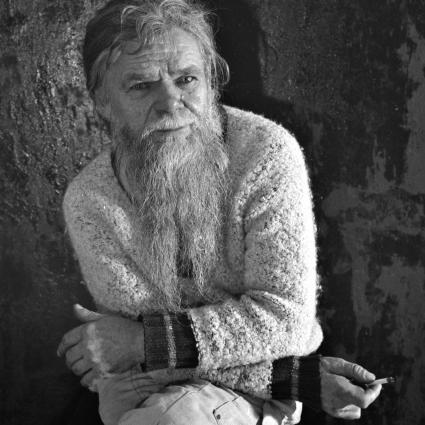 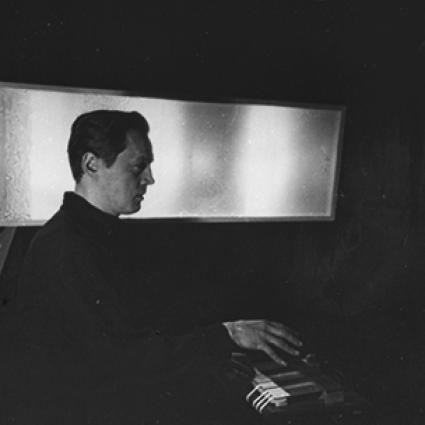